Home Sections Jewess Press The Essence Of Evil
Share on Facebook
Tweet on Twitter
If you were to stare evil in the eye, what would you see? What would be its character traits? What would form its origins?

Of the many malevolent characters recorded in the Bible, Amalek, the grandson of Esau, stands out as the greatest villain. He is the archetypal enemy of our people. He is the father of the nation that first waged war against the Jewish people upon their miraculous emergence from their Egyptian bondage.

Throughout our long history, Amalek’s murderous intentions have had many anti-Semitic heirs. One of these was Haman, from the Purim miracle, who sought to annihilate every Jew from the face of civilized society.

Traditionally, any mortal threat to the Jewish people is referred to as an Amalekite design.

What are the origins of such a character who has proven to be the nemesis of the Jewish people and their G-dly quest throughout all time?

In Genesis 36:12, we are introduced to Amalek’s parents. “Timna was a concubine of Elifaz, son of Esau, and she bore Amalek to Elifaz.”

Some verses later, we are told more about Timna’s background. “And the children of Lotan were Hori and Hemam, and Lotan’s sister was Timna” (Genesis 36:22).

We are also given information about the status of Lotan, Timna’s brother. “These are the chiefs who came of the Horites; the chief Lotan, the chief Shobal, the child Ziboen, etc.” (Genesis 36:29).

Elifaz’s concubine, Timna, was no common woman. She was the product of a royal family, her brother claiming the position of one of the Canaanite chiefs.

The Midrash (Genesis Rabba 82:14) fills in some missing details by explaining that Timna sought to convert to Judaism. She came to Abraham, Isaac and Jacob for acceptance, but they refused. She became a concubine to Elifaz instead, insisting, “It is better to be a maidservant to this nation than to be a princess in any other nation.”

Being from the seed of Abraham and Sara was so prestigious that such an action was not extreme.

Timna perceived the great respect and honor given to this clan, and she was willing to sacrifice her personal dignity in order to be attached to such a prominent and prestigious people – even if her connection would be a servile one.

I’ve always been puzzled by this story.

Timna’s actions seem so righteous, altruistic and pure. Why then would they result in a child who represents the antithesis of goodness, and who is the very paradigm of evil?

But perhaps events in modern society can shed greater light on the inner anatomy of evil.

The greatest evil in our time is undoubtedly manifested by suicide bombers (practically all of whom are part of the Islamic faith). According to data reported recently by Robin Wright in the Washington Post, these bombings are on the rise.

“Suicide bombers conducted 658 attacks around the world last year more than double the number in any of the past 25 years The bombings have spread to dozens of countries in five continents, killed more than 21,350 people and injured about 50,000 since 1983 The highest annual numbers have occurred in the past four years.”

According to William Saletan of slate.com, the logic of these bombings is that “The more people you kill, the more you demoralize the infidel because the infidel is too weak to tolerate the shedding of blood.

“But not you. You’re strong. You’re willing to guarantee, not just risk, the deaths of your followers to deliver the bombs. And they’re willing to die. You don’t have to tether your mechanism to a dog or mongoose and hope the dumb beast does its job. You’ve got much smarter animals at your disposal: human beings.”

On the surface level, the psyche of a suicide bomber seems to be a spiritual one − to get closer to the G-d that they’ve constructed. But on closer analysis, it becomes obvious that theirs is the lowest form of greed, selfishness and evil. They willingly shatter innocent lives and bring immeasurable pain and suffering, in order to reach the pinnacle of their personal, gross physical pleasures.

The motive behind these men and women “of faith” is their realization that our world is a temporal place where it is impossible to have ongoing infinite pleasures. These ongoing physical delights can only be attained in their world to come.

The manifestation of Amalek in our generation can be said to be in these suicide bombers. And the seed of their motivation is mirrored in the actions of their ancestor, Timna.

Our patriarchs and matriarchs selflessly gave of themselves to reach out to humanity and teach the beauty of monotheism and G-d’s path of truth. They eagerly taught and accepted converts into their midst. If they rejected Timna, it was out of their perception that her motives were insincere.

Timna was not searching for G-d, but rather for her personal aggrandization. Her motives were not selfless, but rather all about herself.

Had Timna truly wanted to join a nation serving G-d and following His ways, she would not have “settled” for joining the family of Esau, whose path was the antithesis of the Abrahamitic teachings. Timna desired, rather, to be part of a powerful but not necessarily G-dly or spiritual people.

She was willing to temporarily sacrifice her personal status, but only for what she perceived as a greater, more fulfilling eminence. Her actions were not about G-d, but entirely about herself. Our perceptive Patriarchs realized this and therefore rejected her from joining the nation of G-d.

In the era of Redemption, evil will be eradicated and all mankind will be rectified. Only one nation − that of Amalek − will not be a part of this vision.

“Their hand is on G-d’s throne, [this denotes a Divine oath], G-d shall be at war with Amalek for all generations” (Exodus 17:16).

Amalek is beyond repair. The evil of Amalekites punctuates their entire selves because they represent the opposite of G-dliness. Their devotion is entirely egocentric, even while dressed up as an act of devotion to G-d – and as such represents the greatest evil fathomable.

The greatest distortion of goodness is an act of selfish malevolence adorned in the religious garb of purity, an act of evil acted out in the noble name of G-d.

Chana Weisberg is the author of several books, including Divine Whispers − Stories that Speak to the Heart and Soul and Tending the Garden: The Unique Gifts of the Jewish Woman. She is an international inspirational lecturer on a wide array of topics, and an editor at chabad.org. Visit Chana’s blog, Let’s Go for Coffee, at www.chabad.org/618216. She can be reached at chanaw@gmail.com. 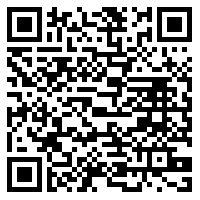