Ever wonder what might have happened had the first Adam reacted differently?

I don’t mean if Adam hadn’t have eaten the forbidden fruit. I believe that somehow, on some level, that was a necessary component to our being human. We’re not meant to be perfect angels, or mechanical robots, always following directions explicitly, and always doing the right thing. Temptation and failings, challenges and adventure are meant to be a part of our human journey.

But suppose Adam would have responded differently after he ate the fruit.

Suppose when G‑d confronted him about not obeying His explicit and only commandment, Adam would contritely have said, “Oh, my gosh! You know, you’re so right! I can’t believe that I did that.

“Here you gave me everything I could ever need or want on a silver platter and the only one thing You ask me not to do, I go ahead and do.

“I am so sorry. You must be so disappointed in me. Please, let me make that up to You, dear G‑d. Please forgive me my insensitivity, selfishness and lack of care.”

I know it is hypothetical, but how do you think G‑d would have responded? It is kind of hard to admonish, punish, or even be angry with someone who so humbly and profusely apologizes for his misdeed.

I imagine G‑d would have said something like this, “Yes, Adam, you really did disappoint me. What you did was terribly wrong and you didn’t live up to your true potential. But since you realize your mistake and feel so regretful about it, I hope that you’ve learned your lesson. You have earned my forgiveness.”

Imagine how different human history would have turned out!

But instead, after eating of the forbidden fruit, Adam hides from G‑d, as if G‑d wouldn’t realize what he had done.

Then when G‑d calls to Adam, giving him an opportunity to express his regret, he messes up by lying, “I heard you calling and I was afraid because I am naked.”

And finally, in his fait accompli, when G‑d rebukes him point blank about his sin, rather than owning up to it, Adam blames someone else for his actions – “the woman that You gave me,” it was all her fault.

“My dear spouse, stop ignoring me. We need to talk!”

“Honey, I’m not avoiding you I just had a lot on my head these last few days. And besides, I thought you were really angry, so I was afraid to speak with you. I thought I’d let you cool off first.”

“You know that what you did was so insensitive! How could you humiliate me like that? Don’t you care about my feelings? If there’s one thing that I’ve asked you so many times not to do, it is that!”

“It’s not true. I didn’t or at least, I didn’t mean to embarrass you. You are totally taking it the wrong way…

“In fact, come to think of it, you are always blaming me for things that go wrong….

“And besides, you could have made sure that you prepared me for this situation better. You really should have had more foresight “

As humans, we will make mistakes. We will be tempted. We will succumb to our shortcomings and, inevitably, there will be times when we will fail.

But how will we react to those failings? Hiding, denial and blaming someone else – or is there perhaps a better way?

Chana Weisberg is the author of several books, including Divine Whispers-Stories that Speak to the Heart and Soul and Tending the Garden: The Unique Gifts of the Jewish Woman. She is an international inspirational lecturer on a wide array of topics and an editor at chabad.org. She can be reached at chanaw@gmail.com. Watch Chana Weisberg’s two-minute videocast on www.chabad.org/intouch for your dose of weekly inspiration. 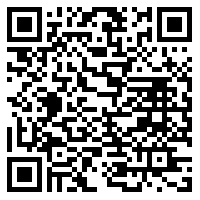