Home Sections Jewess Press Why Did G-d Create Bullies?
Share on Facebook
Tweet on Twitter
He looks at me with such a wistful expression in his clear blue eyes. His young shoulders are sagging and he appears to be carrying the world’s burdens.

“It is so hard to have a bully in my class,” my son states sadly. “The bully always wants to be at the center of attention. He bosses us all around. Every game that we play, we have to follow everything that he orders. And all the other kids are afraid of him.”

His expression is so sad; but I am even more saddened that at the young age of ten, my son has already come to accept bullying as an unchangeable fact of life.

There are “little” bullies-like the aggressive and dominating boy in my son’s fifth grade class; a situation that we’re trying to deal with so that he need not come home so sad, day after day.

But then there are the world’s “big” bullies-those who take pleasure in intimidating and mistreating those that are smaller or weaker or in less influential positions than them.

Though bullies are a universal scourge, as the Jewish people we’ve suffered perhaps more than all others from the bully phenomenon; we’ve shed rivers of tears over these bullies. From Pharaoh in Egypt, who mercilessly slaughtered our infants, till today, there have been Hitler-like tyrants throughout the generations, who rule through intimidation and mistreatment.

Which makes me wonder about the source of bullying-where did the concept of such inequality begin?

The Talmud (Chulin 60b) records an incident that happened on one of the first days of creation that I’ve always found intriguing:

The moon said to G-d: “Sovereign of the Universe, can two kings share a single crown?”

“Sovereign of the Universe,” she said to Him, “because I made a proper claim before You, am I to make myself smaller?”

On seeing that the moon would not be consoled, the Holy One said, “Bring an atonement for Me for making the moon smaller.”

Initially the sun and moon were equal in size and luminescence. But the moon pointed out a fundamental flaw in creation–how can two “kings” equally dominate the same territory? G-d commands the moon to make herself smaller, implying that one luminary needs to be bigger. The moon complains that this decision is unjust. G-d agrees, but instead of remedying the situation asks that we offer a sin offering every month to atone for this injustice.

I’ve always wondered at this. What is the message of making the moon smaller and why would G-d, the perfect Being, need a sin offering for diminishing her size?

But perhaps the lesson of the waning moon is that G-d is providing us with the potential for growth through our rises and declines, through our ability to be givers or receivers.

We live in a world of inequality where some of us will be stronger, richer, smarter, better connected and more influential, powerful or charismatic. How will we use these positions of superiority? How will we treat those beneath us?

And, will we seize our descents or positions of weakness as opportunities to reach higher? To gain a new perspective of compassion, sensitivity and faith?

But even with these newfound insights and spiritual gains, the times when we are down are hard and (at least from our perspective) so unfair.

To this G-d says, “I see your tears. I hear your cries. I empathize with your pain. And despite its necessity, because I diminished you in size, and put you through the suffering of inequality, I will bring an atonement offering.”

G-d also promises us that there will come a time when humanity will evolve and realize the responsibility of these positions of strength and realize, too, the benefits gained from being a receiver. And at that time, the moon will regain her former stature and shine with the same luminescence as the sun.

G-d makes it our duty and our mission to get us to that period.

We do so by not allowing bullies to create suffering and injustices in our world.

Big ones. And even little ones. 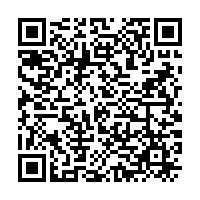