Home Sections Jewess Press Words Whispered on a Dark Russian Night
Share on Facebook
Tweet on Twitter
From the moment that our eyes met and locked on Friday, at the first lecture that I gave at the retreat organized by the EJSN (European Jewish Study Network) in Davos, Switzerland, I sensed that we would be speaking more throughout the weekend.

Evelyn’s eyes were intelligent, deep. They were eyes that had seen and experienced many of life’s journeys. If eyes are the mirrors to the soul, Evelyn’s soul was yearning, searching.

As if on cue, immediately after my lecture Evelyn approached me. She confided that she was becoming more religious, but it was difficult. “I am all on my own,” she said in a subdued voice. “Sometimes everyone in my family just doesn’t understand. It isn’t easy.”

There are things that need time to emerge. It was clear that Evelyn had begun to open up, but she wasn’t ready to share more. Not just yet.

“When I was a young child,” Evelyn began over Sunday lunch, “for a long time I lived with my grandparents in the former Soviet Union. They had a one-bedroom apartment and every evening they would pull out their extra bed and set it up for me in the salon.

“My grandfather was religious–as religious as one could be in communist Russia.” Evelyn sighs.

“I have one very clear memory of my childhood experience. My grandfather owned a coveted transistor radio, which of course in communist Russia was illegal. In the dark of the night, he would surreptitiously take it out. He would put his ear to it and listen to the Israeli station. His eyes would sparkle just from hearing Hebrew words, from hearing words spoken by Jewish people living far away, in our promised homeland.

“This nightly routine was his lifeblood; it fueled his spiritual longing and encouraged him to continue on.

“Every night at exactly 12:00, his eyes would light up and he would become very excited. He would wake me, saying, ‘Shtei uf, Chavale!’ Wake up, Chavale! He always called me that, Chavale, my Jewish name, whenever we were alone, and strangers weren’t within earshot. He’d repeat, louder, ‘Shtei uf, Chavale, Shtei uf! Hatikvah!’ Wake up, Chavale, wake up! We’re about to listen to broadcasts from our brothers and sisters in our homeland!’

“Those words became my grandfather’s mantra. He said this to me decades ago, when I was but a little girl. But the words, expressed with such tender love, became seared into my very soul, ‘Shtei uf, Chavale!'”

Evelyn takes a break from her story and the waiters come by to serve the next course. She takes these moments to collect her thoughts and calm her emotions.

“Years later, I was reunited with my parents, in Europe. My parents, though, were very different from my grandparents. They were completely secular, oblivious to anything smacking of Judaism. In their home, there was no love or sentimental warmth towards religion. Other than memories from my grandparents’ home, I grew up completely unaware of Jewish traditions.”

Evelyn sips her water and takes a deep breath.

“And then, as they tend to do, the years went by quickly. I married a wonderful man and before I knew it, I had a daughter who was turning bat-mitzvah.

“Something inside of me awakened. It whispered to me relentlessly. I wanted to celebrate this momentous occasion in my daughter’s life. And I wanted to do it completely properly.

“By a set of events of Divine providence, I was put into contact with a Kabbalistic sage who was visiting from Israel. I asked him for his suggestions. Before responding, he asked to see my ketubah (marriage contract).

“The rabbi took one look at my ketubah, pointed to where it says my name, daughter of my father, and declared, ‘This man is not your father.’

“I was in a state of utter shock and emotional disarray. I left his study, returned home and discussed the whole matter with my husband.

“After a few moments of uncomfortable silence, my husband informed me that he had found out this information a few years ago, but had seen no point in causing me distress. But it was true–the man to whom my mother was married was not my birth father. She had divorced my birth father in Russia, left the country and remarried. It finally dawned on me why I had stayed for those childhood years under the care of my grandparents, far away from my own parents.

“I returned to the rabbi. He arranged for a scribe to rewrite my ketubah and presented it to me before witnesses. He then gave me further instructions on how to celebrate my daughter’s bat mitzvah.

“It was a beautiful event. But more than that, her becoming of age where she was now obligated in mitzvot opened up something deep within me. A new doorway of spiritual yearning and exploration had been awakened. I don’t know how to explain it other than that my soul was aflame. It was pulling me. Yearning. Parched and craving spiritual irrigation.

“I began learning more. I became more and more connected with Torah, with Chabad, with mitzvot.  At the same time,” Evelyn takes a meaningful pause here, “a chasm developed between my husband and I. Don’t get me wrong, Chana, he is a very nice man, and we’re still very good friends. But eventually we grew so apart that we divorced. We each needed the space to go our own way.

“A few years ago, I again spoke with the Kabbalist rabbi. I said to him, ‘Tell me, when you fixed my ketubah, did you change something in my marriage? It seems from that point on, it deteriorated.’ He answered me, ‘I did not make any changes in your marriage. The change was in you. Your name now reflected who you really are and gave you the freedom to connect to your essence.”

Chava/Evelyn paused once again, for a few minutes. We were both deep in thought, digesting the import of her words.

“So, Chana, here I find myself now. At this beautiful weekend retreat, learning and growing. I’m committed to listening to my real inner self, to finding my soul. My children are now grown with children of their own. I am committed, too, to ensure that they too receive a Jewish education. I need to provide them with the education that I never had.

“And you know, my mother, too, is changing. She is older now, and lives in an apartment above mine. Slowly, slowly, I am introducing her, too, to the Jewish life of her parents. It is a slow, painstaking journey. But every Friday evening, she now comes down to my home and we light Shabbat candles together.

“Chana, I can’t say that my journey is without bumps, or that it is easy. But I can say that I feel connected to a part of me that was dormant. I have awakened to be what I always wanted.”

Chava continues, but her words are now said in almost a hushed whisper, with great emotion.

“Chana, I want to tell you that I believe that the words of my grandfather-those special words that I heard nightly as a young child, in the dark of his Russian apartment-those words have been the driving force throughout my life. He left me with an eternal message, a motto to get through life. I can still hear him saying it to me, in his tender, inspiring voice. ‘Chavale, wake up! Stop sleeping through life. For a Jew, there is always eternal hope and faith, but you must wake yourself up.’

Chava is smiling now, those deep eyes are glistening. “And so, today, I try to live by his legacy-Shtei uf Chavale, shtei uf!” 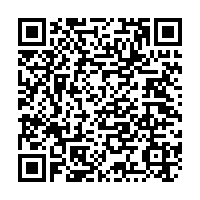