“Pesach is just around the corner,” was Mrs. Adler’s motto. She began planning right after Tu B’Shevat, started cleaning after Purim, and limited food to the kitchen from Rosh Chodesh Nisan.
The star of Pesach cleaning was her trusted Hoover canister vacuum cleaner. Mrs. Adler ran it over the carpets and wooden floors, poked it into all the cabinets and every nook and cranny, and left not a speck on the couch and beds. It was the most expensive model, but its powerful suction and versatility made it worth the cost, for Pesach.
One morning, while Mrs. Adler was vacuuming, the doorbell rang. “C’mon in, Sally” she called to her closest neighbor, Sally Baum, who lived down the hall.
“How’s Pesach coming along?” asked Mrs. Baum.
“So far, I’ve managed to keep on schedule,” replied Mrs. Adler. “I hate the last minute rush.”
“Any new tips?” asked Mrs. Baum.
“Sure,” said Mrs. Adler. “Here’s one from ‘Better Homes and Gardens’ about removing oil stains from stovetops. Here’s another one I found online about washing sweaters without pilling.”
“I just wish I had a better vacuum,” lamented Mrs. Baum. “Mine works on the carpet, but not on fabrics and hard surfaces.”

“Mine is great,” glowed Mrs. Adler. “I’m using it now, but you can borrow it tonight.”

In the evening, Mrs. Baum sent her son to pick up the vacuum. “Don’t forget to say, ‘Thank you,’ ” she reminded him.
Armed with the vacuum, Mrs. Baum went around the edges of the rooms and poked with the crevice tool behind the cabinets. She started to clean the couch.
“Hi, Sally,” she heard her husband’s voice.
Mrs. Baum looked up. “Welcome home,” she replied. “You know that Mrs. Adler always says, ‘Pesach is just around the corner.’ Well, now it really is.”
“Where’s that fancy new vacuum from?” inquired her husband. “You know that we have more urgent expenditures for Pesach.”
“Don’t worry,” laughed Mrs. Baum. “I didn’t spend a penny; Mrs. Adler was kind enough to lend us hers for the evening. Come have supper.”
After supper, Mrs. Baum continued vacuuming. Without warning, the vacuum suddenly sparked and the electricity blew. “What happened?” called out Mr. Baum. “I’m not sure,” answered his wife. “It seems that the vacuum blew the fuse.”
Mr. Baum unplugged the machine and replaced the fuse. “That was strange,” he said. “We never have problems with the electricity.”
“Back to work,” said Mrs. Baum as she plugged the vacuum in. She pressed the button but nothing happened. She pressed again, with no response. She tried a different outlet; still nothing.
“The motor died,” groaned Mrs. Baum. “How am I going to face Mrs. Adler? She relies on this machine for everything!”
“We’ll have to buy her a new one,” said her husband. “We can’t afford this now, but we have no choice.” Mrs. Baum walked down the hall to the Adlers with the broken vacuum and $500.
Mrs. Adler greeted her, “Finished already Sally? You’re fast.”
“I’m really sorry, but the vacuum broke,” said Mrs. Baum.
“Please tell me you’re kidding.” said Mrs. Adler. “I’ll never manage without it.”
“Really, it’s broken,” said Mrs. Baum. “I was using it and it just went. But I brought you money to buy a new one.”
Mr. Adler walked over. “Is there a chance that you overtaxed the machine? Sucked up something that clogged the airflow?”
“No,” said Mrs. Baum. “I was using it normally. But what’s the difference? When you borrow something you’re responsible no matter what.”
“That’s usually true,” said Mr. Adler. “However, I remember learning that if the item breaks or dies through normal usage the borrower is exempt. I’ll ask Rabbi Dayan at the Daf tonight.”
After the Daf, Mr. Baum walked home with Rabbi Dayan and asked about the vacuum. “You are correct,” replied Rabbi Dayan. “When you borrow something you are responsible even for freak accidents, but if it dies or breaks on account of the work for which it was borrowed – you are exempt. This is called ‘meisah machmas melachah‘” (C.M. 340:1).
“Why should this be?” asked Mr. Baum.
“The Gemara (B.M. 96b) explains that the owner lent the item with the understanding that it be used; therefore, he accepted the consequences of this usage,” answered Rabbi Dayan. “However, there are two caveats. First, the borrower is exempt only if he used the item for the purpose for which it was lent, but if he used it in even a slightly different manner he is responsible. He does not need to buy a brand new machine, though, but only to pay for the actual loss (344:2).”
“The second caveat,” continued Rabbi Dayan, “is that the borrower must prove with witnesses or take a solemn oath in beis din that the item broke during the course of work to be exempt, unless the lender completely trusts him” (344:1).

“Thus, if you trust Mrs. Baum that the vacuum died during routine use, she is exempt,” concluded Rabbi Dayan. “If she wants to pay something as a neighborly gesture, that’s fine, but it’s important to know the halacha.”

Rabbi Meir Orlian is a member of the Business Halacha Institute faculty, which is headed by HaRav Chaim Kohn, shlita, a dayan in Brooklyn, N.Y. The Institute provides a wide range of services related to money and property issues, including weekly classes for businessmen in various cities.

For questions regarding halachic monetary issues or to bring BHI to your synagogue please call 877-845-8455 or e-mail ask@businesshalacha. 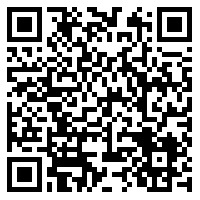