The Contract With God Trilogy: Life on Dropsie Avenue

(A Contract With God, A Life Force, Dropsie Avenue)

Cockroaches are not usually associated with Judaism. They might show up unwanted during Pesach cleaning. But they do not chew their cud, nor do they have split hooves. They are equally lacking in the fins and scales departments, and they seem to be absent even from the list of kosher creepers and crawlers like certain varieties of locusts. But as Will Eisner illustrates in his graphic novel, The Contract With God Trilogy, roaches were frequent players in the lives of Jewish immigrants in the early part of the century.

Eisner, who died in January 2005, is often hailed as the father of the graphic novel (a medium that joins the novel with the hardcover children’s picture book) and one of the most important comic book artists. In a review in these pages in July of 2005, I explored Eisner’s book (posthumous) The Plot: The Secret Story of the Protocols of the Elders of Zion, and I discussed Eisner’s ability to navigate the tight line between art and propaganda. Eisner’s The Contract With God Trilogy is somewhat of a more ambitious plot to tackle the narratives that surround a specific Lower East Side neighborhood, particularly Dropsie Street.

The story was first published in 1978, when Eisner was 61-years-old. But it was not until more than a quarter of a century later (just before he died) that he chose to publish the story with two other stories that also surround Dropsie Street. The narratives are packed with tragedy, sadness, hope, hard work, ill luck, the sociological and ethnic evolution of the neighborhood, and many, often schizophrenic, attempts to reach out to religion for guidance.

Perhaps the most compelling part of the book is Eisner’s manipulation of the roach as a metaphor. In Eisner’s hands, roaches become compelling metaphors for the Jewish immigrants’ struggles in America. In a section called “A Life Force,” Eisner begins, “Who knows who knows, why all the creatures of earth struggle so to live. Why they scurry about, run from danger and continue to live out a natural span, seemingly in response to a mysterious Life Force. So, the question is why? What for? Ask the insects Maybe they know!” The roaches that Eisner draws on the page have their backs turned to the reader, and they seem unfazed by the question and reluctant to offer much help as they scurry up a wall.

But later on, in a chapter called “Izzy, The Cockroach, and the Meaning of Life,” a poor carpenter, Jacob Shtarkah, encounters a roach and begins to unravel the insects’ full significance. As he walks home from the synagogue after the rabbi, Benjamin, cannot find any more work for him, the rabbi calls after him, “Go Jacob Go to Lakewood Take a rest Sit in the sun You’re entitled You worked hard all your life.” All Jacob can think is, “Five years! Doesn’t he understand? It wasn’t just a living I was making something!”

The something that Jacob was making was “a reason for living! Otherwise, how is a man different from a cockroach??” Jacob wonders as he walks hunched over down a dirty alley with his hands in his pockets and his hat pulled just over his eyes. Tired and emotionally drained, Jacob has a heart attack and falls to the ground clutching his coat just near his chest area. “Oy, Gottenoo! I can’t move my legs My chest hurts Oy-vey, I’m dying!!”

As Jacob’s wife, Rifka, prepares for Shabbos wondering where her husband is, she shakes a rug out of her window, and a roach (named Izzy incidentally) falls from the rug down two flights’ onto the ground right beside Jacob. Unbeknownst to Rifka, her husband lies just below her window. The roach, meanwhile, has landed on its back, and as it tries in vain to right itself, Jacob asks it, “So?? Mister Cockroach,” (he apparently doesn’t know it is named Izzy) “What are you struggling for?? To maybe stay alive a few days more?” But then Jacob softens. “Well To tell the truth, so am I trying to stay alive! So, then, what’s the difference between us?? You being only a cockroach, just want to live! For you it’s enough! But me I have to ask, why!?”

Jacob’s meditations (he thinks them to be his last) recall Kohelet’s observation (3:19), “For that which befalls men befalls beasts; even one thing befalls them: as the one dies, so dies the other; yea, they have all one breath; so that a man has no preeminence above a beast: for all is futile.” So entrenched in his cynical (Kohelet style) thoughts is Jacob that he fails to notice a tough-looking man walking toward him. He stops the man just in time, before the roach gets crushed.

Izzy, after Jacob saves his life

The man is so angry with Jacob for grabbing his leg that he reels back to smack Jacob. Jacob candidly replies, “So, go ahead, hit me!… One zetz and I’m dead. So, at least I’ll die for a reason!… That, at least, I can understand Go ahead, you bum.” However, the man misses the grand roach lesson of life, and dismisses the whole situation. “Aaaaaaehhh, over a cock-a-roach I ain’t gonna kill ya crazy old fool!”

Jacob’s good dead goes repaid, and he hears Rifka’s voice calling him. He finds his hat, puts it on, and stumbles around the corner. The roach also manages to right itself, and it finds a discarded jar, undoubtedly with some food in it. But this is hardly the last time roaches make an appearance in the trilogy.

Jacob, sitting depressed near his window while contemplating his difficult marriage, sees a roach on the floor. He picks it up, climbs out the window onto the fire escape, and tosses it down to the alleyway. The roach lands properly on its feet this time, and as it walks away, Eisner embeds text within the images of the roach walking away looking for food. “As far as we know, the cockroach is not an endangered species. Its population on the earth is unrecorded. Its proliferation on a global scale seems unaffected by the growth in human population who regard it as a threat to their need for a sanitary environment.”

Eisner turns a clinical eye on the roach’s preferred climate and cycles of maturity. But the roach “seems mainly preoccupied with feeding and reproduction. For all their long inhabitation of this planet, there is little evidence that the cockroach has evolved genetically or altered its life expectancy. It has an unquestionable life force evidenced by its will to live!”

This then is the difference between the roaches and the Jewish immigrants. Like the roaches, Jews have been thought of as filth and persecuted. At many points in history in many homes, housekeepers would have preferred roaches scurrying about to Jewish visitors. But like Eisner’s roaches, Jews have “an unquestionable life force evidenced by [their] desire to live.” Unlike the roach, however, Jews have evolved.

Eisner’s Jewish immigrants move out of the neighborhood to greener pastures. They would later have a Jewish state in Israel to celebrate. But it is Eisner’s unique genius as both an artist and writer to use the metaphor of the roach and its persistence to symbolize the Jewish families living on the Lower East Side. The roach becomes Eisner’s equivalent of the Biblical invocation of our origins in dust (Adam is shaped out of the “dust of the land”). It is both a humbling metaphor as well as an ennobling one.

Menachem Wecker is a painter and assistant editor of B’nai B’rith Magazine in Washington, D.C. He welcomes comments at www.mwecker@gmail.com. 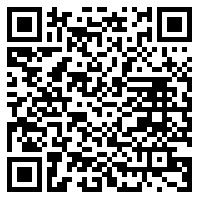