For the last two years I have heard my wife complain about the stress our daughters are under since we moved back to the United States, and how much more schoolwork and homework they are burdened with compared to our sons.  In truth, I paid little mind to these observations until she had to return to Israel for a few weeks to take care of her ailing mother.  Mrs. Bluth, I was shocked to see the depth and breadth of her statements up close. It went beyond anything she could have prepared me for.

We have six children, Baruch Hashem, ranging in age from 5 to 16. The first three are boys and the three youngest are girls. I was always involved in doing chazarah, review, with the boys, while my wife dealt with the girls. It did seem as if the girls were staying up later to do schoolwork, write reports and study for tests. However, until I was the one in charge, I did not realize the extent of the work they had. Before my wife left she asked me to be available for the girls and to go easy on them as they were stressed out.

Mrs. Bluth, you can’t imagine how much is expected of these girls, even the little one has to cover so much work for kriyah and writing. The two older girls are at their breaking point and I can’t keep up with all the help they need. The boys are pretty much done with their entire Hebrew and English homework an hour after they start.  The girls, however, are still at it well past their bedtime and cry when I make them stop.  Last night I got so angry when my 11-year-old daughter’s Navi teacher called to say that she was not properly prepared for class – for three days – and wondered if there was a problem.  I tore into her and told her that the school placed unrealistic expectations on these young girls. I explained that even I couldn’t keep up with those demands and didn’t understand how my wife was able to cope. I made it clear that I studied with my sons and they didn’t have a third of the work my girls were expected to cover at night.

Realizing that I had used some strong verbiage and perhaps my voice was louder than it should have been, I apologized for my heated tone before hanging up.  The next day my eleven-year-old came home in tears because she had been sent down to the principal’s office and warned that she had to take her education more seriously and if her grades did not improve she may have to redo sixth grade.

Baruch Hashem, my wife is due back today because I am at my wits end.  How can Bais Yaakov-type schools be so blind as to the pressure they put these children under?  My daughters have changed from happy, productive and spirited children, to weeping, nervous and stressed-out kids who rarely have time to relax, much less laugh and play during some free time after school.  Am I wrong to obsess over this? Am I wrong to try to make the school understand the gravity of what they are doing to my own and possibly other children?  Or should I just look away and encourage them to do their best, even though they may break under the strain?

I truly empathize with your plight and agree with your observation that so much more school responsibility is placed on girls than on boys. It is a situation that has seen little change since my daughter was in school. I, too, worried about her state of health and the pressure she was under on a daily basis. I told her that if she studied and gave it her all and all she could do was a 75% on a test, then that was a 100% to me.  Once I alleviated the pressure, things got better. I also made sure the teachers knew that I was more concerned with my child’s well being than her grade point.

As a parent, I agree with you about the affect this type of stress places on children, and, as a former teacher, I can tell you that I did not need to give tests to know which students knew their work and who slacked off.  If we minimize the fear factor, which inadvertently causes an adverse reaction, and replace it with a calm and fluid-learning environment, I think much more could be achieved in the classroom. However, more often than not, you are dealing with overcrowded classrooms, overburdened teachers and unrealistic demands to fulfill requirements in both English and Hebrew. For some children, this curriculum is just too heavy.

My suggestion is to encourage your daughters to do their best and hire a tutor, if financially feasible, to work with them on a one-to-one basis. This will alleviate some of the stress in the home. Another thought is that they might be better served in a school that is not so high-striving and demanding, as having lived in Israel, they are not used to the rigors of dual Hebrew/English classes.

One last recourse: reach out to other parents in your daughters’ classes and see if there are other parents experiencing the same issues.  There is a power in numbers and if there is a significant number of dissatisfied parents, you stand a better chance in convincing the hanhala that change is necessary and warranted. 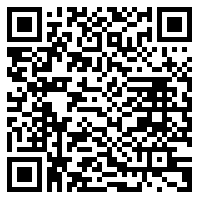