I am writing this letter more to bring myself back out of my haze of shock and disbelief than anything else.  For the past week I have been walking around as if in a dark cloud, unable to eat, sleep or function normally. I can’t speak to anyone about what has happened, not even my children, who warned me about this.

It all started three years ago, when I was sixty-five year and widowed for almost twenty years. I had agreed to start meeting gentlemen in the hopes of finding someone to spend the rest of my life with, someone as kind, loving and considerate as my wonderful husband, of blessed memory.  Some of my widowed friends had been successful in their second endeavors and were enjoying life with these new partners, so I was encouraged to hope for the same.  My children were not so keen on the idea and did little to encourage me.  When my close friend called to invite me over for dinner, saying that her new husband’s good friend would be joining us, I didn’t have a doubt her intentions. Confusion and apprehension were by no means absent from my heart when I jumped in and accepted the invite. Yet, all I told my children is that I was having dinner with friends.

I drove over with my heart beating like a nineteen-year-old going on a first date, so much so that I nearly rear-ended someone.  As I parked the car I admonished myself, here I am a grown woman, a grandmother no less, why am I acting so childish?  No expectations, I decided. My friend answered the door in great spirits and while she took my coat and hung it up, babbled on about “Chesky,” her husband’s good friend and my partner for the evening.  She said he was the most darling man and a perfect copy of my deceased husband, that I would absolutely love him.

And I did. He was the picture perfect gentleman I had hoped to find.  When we entered the living room and my friend introduced us, he made me feel at ease with his smile and light humor, and his simple, straight forward, relaxed conversation. He was a widower of two years and his kids were pushing him to move on. When I told him that my kids were telling me there was no rush, he laughed and said that it was obvious my children loved me more than his kids loved him.  It was a most enjoyable evening. When my friend walked me to the door, she said Chezky would like to see me again and was it okay if they gave him my number. I said yes.

Chezky called the next day and we agreed to see each other that night. The evening was magical, the conversation free and easy and I had a wonderful time. I think he did, too, because the phone calls and dates were night after night. After the fourth date, I knew I was falling for him in that “butterflies in the stomach” way and I couldn’t wait to hear his voice and see him again.  After what probably was our twentieth date, Chezky said it was time I met his children and he, mine.  That’s when terror set in.  I hadn’t told my children anything about Chezky, and I was unsure how they would react. I told Chezky to give me a bit of time to reach out to my children, as some of them lived out of state, and we would then arrange the meeting.

To say my children took the news well would be the farthest thing from the truth.  My sons were deeply hurt that I hadn’t told them anything for weeks. But my daughters were furious that I had gone out at all. They were fine with the way things had been and could not understand how I thought someone could take their father’s place.

I tried to explain that this was not the case and that I was just so happy, but they weren’t interested in hearing any of it.  And this, Mrs. Bluth, is where I did something I had never done before – I put my feelings before theirs and said that I was entitled to my happiness, even if they didn’t think so.

I met with his children, who were a mixed bag of coconuts, but he didn’t meet mine.  Chezky proposed and I accepted, and we got married the following month.  All my friends came to the wedding, as did his, and his children came for dessert.  Mine did not and it broke my heart that they could hurt me so.  But I tried to understand.

The first six months were wonderful. We set up a new home in Florida and traveled often.  Many of our mutual friends had relocated to Florida so we had endless social activities and no lack of companionship and entertainment.  I was deliriously happy.  Although Chezky traveled for business it was only a few days away a month, with an active busy life in play, I didn’t feel lonely.

A week and a half ago, I got a call from a woman who said she was an old friend of Chezky’s.  She said he often stayed at her home on overnight business trips and she was calling to say that he had been taken to the hospital during the night, with chest pains. Something did not sit well with me and I told her I knew she was lying and she had better tell me the truth.  She did and it completely tore me up.  It seems that Chezky is quite the lady’s man and had “friends” in the places he traveled to. I was just the one who made him legal.  That is when things went from bright to black and I told the woman that since she saw him nearly as much as I did, there was no need for me to come, she could easily fill the void.  I have heard nothing since then.

I have been a wreck these past eight days, second-guessing myself, feeling guilty, struggling with the truth that Chezky kept a stable of women, while leading me to believe I was his one and only.  Reality has begun to set in, I know this because as I am writing the floodgate of tears has burst open.  How do I get past this?  What should I do now? Please help me understand.

Heartbreak is an equal opportunity employer; it visits the young, the old, the wise and the foolish.  It is as much part of life as is death itself.  Stop beating yourself up over what you had no way of knowing, people who are intent on keeping secrets will always find those they can pull the wool over their eyes.  Chezky was/is a player, and it seems likely that he kept his secret well, even from his first wife and his children and friends. Your guilt comes more from having forfeited the feelings of your children over your love for Chezky.  You feel like you have abandoned them for someone not worthy and you can’t cope with that.  But there are other things you need to address.

Chezky is still your husband and he is sick and maybe even dying.  You need to give him a chance to speak and defend his actions which, up until now, have been purely heresay put forth by this woman.  There could be a clearer explanation than what you are imagining and you need to get the whole truth.  My advice is to get in touch with the hospital to find out how he is and go there to confront him.  That is your obligation as his wife, there is plenty of time to deal with it if you are indeed the “wife wronged.”

Swallow your pride and get in touch with your children, you need their support and their love.  Get in touch with the friend who set you up and see if she and her husband can’t shed any more light on whether Chezky is a scoundrel or a saint. Try to put together as clear a picture of who you married. I understand that this is a hard time for you, but you have to know where you stand and where the truth is buried.  On the chance that trust has indeed been broken, this does not mean that all is lost, if love is stronger, even a hopeless marriage can be rebuilt.

You have my sincerest wishes that all will be resolved amicably, and even to your satisfaction. Stay strong, keep a clear head and you might even let your heart have a say in the matter. 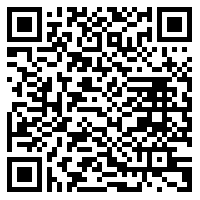