It happened a few days before Chanukah. I was driving home from the local mall, my trunk overflowing with games and toys for my three young children, when the car suddenly slowed to a crawl. I nervously steered it on to the grassy shoulder of the highway and hit the emergency brake. The gas gauge registered empty.

This was back in the days before cell phones so there was nothing to do but pop open the hood and wait, hoping a good samaritan or the highway police would eventually stop. But when the cars continued to whiz by I grew increasingly impatient and decided to hike to the nearest gas station I had passed about a quarter-of-a- mile back on the Belt Parkway.

“My car ran out of gas on the highway,” I sheepishly confessed to the gas station attendant.

“Can’t spare anybody right now,” he said. Instead, he offered to fill a two-gallon can halfway and I trudged back down the road, like the Biblical Rebekah hauling her jug from the well. It wasn’t until I removed the cap from the can that I realized the spout was missing, so I had no way of pouring the gasoline into the tank.

As the sun started to sink, so did my spirits. Why me? Why today? Why here on this busy highway that was beginning to feel like a desolate stretch of desert? The answer would arrive shortly. I watched the battered car pull off the road. It was a red Chevy, just like the model my father used to drive. While a child peered out at me from the rear window, a young woman emerged from the driver’s seat. She walked purposefully over to the trunk, opened it and removed an object, then turned and came towards me, smiling broadly.

As she handed me the tin can with the spout, she said with an unmistakable Hispanic accent, “I bring this for you – you need this.” And that’s how it’s been for most of my life. Inexplicably, a stranger will mysteriously appear to provide me with exactly what I need at that moment, whether it’s a life-saving boat, a partner for life, a life-altering Shabbos meal, or a can with a spout.

Hash-gachah Pratis, Divine Providence, has brought extraordinary people into my life – like Mr. E. Edward Herman. The E. stands for Eliezer (G-d was my help) and that says it all. Like our Patriarch Abraham’s right-hand man, this Eliezer, who is well into his 80s, is a visionary whose wisdom, limitless energy and generosity of spirit continue to be a source of inspiration for those of us who have been blessed with his friendship.

As a young G.I., he influenced my life with his heroic deeds on behalf of the St. Ottilien Displaced Persons Camp in Germany where I was born and then he reappeared a half -century later to become my most enthusiastic fan. Not content just to read my articles, he encouraged me to “write a book.” The direct result of his gentle persuasion is Like The Stars Of The Heavens. The title comes from the promise G-d made to Abraham to make his offspring “like the stars of the Heavens” (Genesis 22:17). But unlike the fleeting stardom of celebrities who walk the red carpet, the essence of the stars that shine in this volume – including rabbis, doctors, educators, lawyers, entrepreneurs and writers – is their inner light which guides them to lead lives of purpose and meaning, illuminating the way for all of us.

Originally published in The Jewish Press between 1994 and 2005, the articles collected in this anthology reveal a parallel universe where Jews don’t kvetch, they kvell, about their meaningful relationships, their good fortune and their faith. Epilogues have been added to several of the original articles to provide you with the “rest of the story.”

As a ba’alat teshuvah, I have experienced the broad spectrum of Jewish life with friends and relatives who define themselves as Modern-Orthodox, Conservative, Reform, black-hat, convert and unaffiliated. So whether I’m writing about a Yale student battling against enforced co-ed habitation, or a follower of The Grateful Dead who becomes a follower of the Lubavitcher Rebbe, their stories also reflect my own complex journey along our diverse contemporary Jewish thoroughfare.

When my family immigrated to America in the early 1950s, the buzzword was “assimilation” and the strategy was to quickly integrate foreigners into mainstream society by housing us among the general population. Although there were no ESL classes, I was a voracious reader and ultimately excelled in my second language, earning my B.A. in English from Brooklyn College. When I had children of my own I took great pleasure in sharing with them the linguistic joys of the language with books like The Cat in the Hat.

A mere generation later, who could have predicted that the language of the shtetlwould become so trendy that this childhood classic is now available in Yiddish? Yiddish, once earmarked for extinction, like the people who spoke it, is not only alive and well but thriving on theater stages, across the pages of best-sellers, and in the streets of the most cosmopolitan city in the world. And now I even find myself explaining to my own non-Yiddish speaking children why I neglected such a meaningful part of their heritage.

A glossary appears at the back of my book to define unfamiliar words, which, unlike schlep, have not yet become an integral part of the American lexicon. Some words are Hebrew in origin, while others may be Polish or Ukrainian and still others German, reflecting the journeys of our ancestors, over the millennia, like the stars of the Heavens.

Like The Stars of The Heavens, available from chosencouture.com, amazon.com and select bookstores. She can be contacted at hzs8@aol.com. 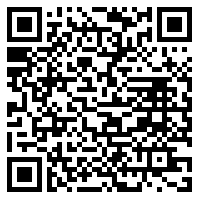