“And you shall rejoice in your festival” says the pasuk at the end of Parshas Re’ei (16:14), and this is actually a mitzvah. I suspect this is not intended to be one of the more difficult mitzvot for us to fulfill, yet for many hard-working Jews the Yomim Tovim are far greater sources of stress than joy.

The commercialization of basic religious requirements has not only tarnished the sublimity of an observant Jewish lifestyle but has made such a lifestyle a luxury ordinary people can’t afford. It has transformed the concept of mesirat nefesh from valiance under the duress of a malicious host nation to taking it for granted that people with an objectively healthy income should have to pinch pennies just to educate their children, marry their children off, buy kosher food, and survive the holiday season. Rejoice in your festival, indeed!


The situation isn’t helped by the fact that neither the principles of a free economy nor the safety measures of an apolitical high Jewish court hold much sway in our situation. A small number of people control the supply of religious needs while an equally small number of people control the regulations on their business practices – and the latter group is just as likely to profit with the former as it is to enforce regulations for the greater good.

I have yet to meet an observant Jew in the food industry who is not fed up with shady dealings, politics disguised as religion, and even intimidation, but has no better response than to keep a low profile. The powerful positions in this world are generally not held by honest, God-fearing people.

Nevertheless, I believe the good Jews in this world still greatly outnumber the bad ones. Our weakness is not in the numbers department, but in a personal and collective lack of spirit and aspiration.

We want Moshiach now, but we’re not ready to really do what it takes to usher in the moment. We want change in Israel, but we’re not willing to consider anything bolder than complaining about the government (while continuing to fully support it) and flying orange ribbons on our SUV’s. We want all Jews to be united, so long as they are united in following our own narrow party line. We want the rules in the shidduch marketplace to change, but only after all our children and grandchildren are taken care of. We want to voice our opinions and protests, and we want everyone to listen, but we want to do it anonymously.

In other words, we want the most difficult things imaginable to be accomplished without our having to change our behavior, apply any serious effort, assume the slightest potential risk, offend a single person, or draw the slightest bit of attention to ourselves.

This generation is not much different from the one that left slavery in Egypt. That generation had the most wonderful things delivered to it on a silver platter, yet merely taking a few uncertain steps forward into Israel proved too challenging.

Interestingly, those ancestors of ours frequently mustered the energy to run back to slavery, and were willing to kill their own for the privilege. For independence, however, they were not even willing to let Hashem do most of the work. Only their children, who grew up without the shackles of slavery and inertia, were able to take those steps forward and conquer Israel. Only their children believed enough in the partnership of themselves and Hashem to make Jewish destiny more than a distant dream.

I hope we do not need to wait for a new generation to more boldly address the serious problems we would rather dismiss or dejectedly tolerate.

Of all the holidays, Sukkot is the one most associated with joy. How unfortunate it is that many families must agonize over the cost of the arba minim. Their joy in performing this mitzvah is made bittersweet by the dilemma of spending additional money they really cannot afford or appearing in public with an inferior set. It is also socially expected nowadays for every member of the family to have his own set, which can run the total cost well into the hundreds of dollars. (Perhaps this is yet another segulah for parnassah – but for whom, the merchant?) 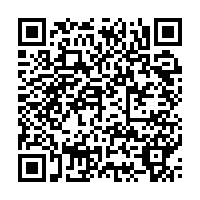