Home Magazine Archives Caring For Our Seniors And Holocaust Survivors: A Conference (Part 1)
Share on Facebook
Tweet on Twitter
I recently attended a workshop that was given by Ahavas Chesed of Montreal for professional caregivers and the institutions they work for. The focus of the workshop was to familiarize the caregivers with the lifestyle and unique needs of our ageing Orthodox seniors and Holocaust survivors so that they might better service this population. It was attended by mostly non-Jews who service the Jewish community. I deliberately sat myself at a table of people I did not know and who were, as far as I could determine, not Jewish. I wanted to see how they would react to this type of workshop.

I was pleased to see (from eavesdropping into their conversations) that their reaction was extremely positive. They felt the presentation was clear, full of useful information and extremely helpful. It was only when I was going home that I realized how needed these workshops were, not only for caregivers from outside our community, but also for the young adults within our community who are missing major pieces of our history. This loss is hampering how they too, understand and relate to grandparents, aunts and uncles and other seniors in our community.

On my way home from the conference I ran into a 20-something young woman. She had been born into a religious family and had been educated in our religious school system. She had volunteered to help with registration at the conference, but home commitments prevented her from being there for most of the conference. When I saw her, she told me she had to leave before the Holocaust survivors’ fear of showers was discussed, and asked if I could explain it to her, as she did not understand why survivors might be afraid of showers.

I must admit, I was shocked and hoped my face did not reflect my absolute astonishment. How did this young woman somehow miss this part of our history? It was then that I realized how important a conference like this would be for our young community members as well as for outsiders. Our youth, along with us, do chesed. How enhanced their contact with our aged and survivor population would be if they too had an understanding of the unique fears and behaviors that might be seen when coming in contact with this segment of our community.

I also realized that although most of the ideas presented at the conference had not been new to me, it did review and explain fears inherent to our older population and survivors that I had not necessarily put into a modern day context. I, too, gained new insight and understanding that I could immediately apply to this segment of our population, and that would only serve to enhance my relationship with this exemplary group of people.

The conference was broken up into three parts. A general introduction to the topic, a presentation by Debbie Fox, director of “Aleinu” Family Resource Center, Jewish Family Center, Los Angeles, and a panel discussion, made up of workers (mostly non-Jews) who work with the Jewish population at home or in facilities. It was followed by a tour of the Montreal Holocaust Museum, to further enhance the understanding of the non-Jewish worker with the experiences of that time in our history.

Each conference participant was given a copy of a booklet, put together by Ahavas Chesed, called “Bridging Worlds.” This valuable booklet discusses how culture contributes to the health of an individual, gives a brief historical sketch, discusses the local demography, and outlines what constitutes Orthodox life, generally and specifically.

In my opinion, one of the most valuable pieces of the booklet (among the vast amount of valuable information) for non-Jews and Jews alike was the pages of “triggers” which listed daily “normal” activities that may trigger apprehension in survivors, and a listing of the possible reactions that could follow. Daily occurrences from showering to seeing a doctor to barking dogs were discussed along with the need for privacy and discomfort of giving out personal information.

Most of the people attending the conference seemed to find the booklet a good resource for their work. Also, in the take home kit were several articles that dealt with the transmission of trauma, giving first hand accounts from professionals who were dealing with present-day behavior that resulted from trauma from years ago, and how best to deal with it.

With the permission of Ahavas Chesed, I will reprint some of these triggers next week.

For more information on the workshop or the booklet and printouts, you can contact Carol Polter at cpolter@ahavaschesed.ca 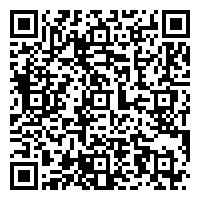