Dr. Eric R. Kandel, with his family, escaped Nazism in Vienna in 1939 when they came to America. He attended Yeshiva of Flatbush and went on to graduate from Harvard Medical College. He was one of three laureates awarded the Nobel Prize for Medicine in 2000, for his work on memory and consciousness.

Ironically, he never intended to go into medicine or science as a career. As an undergraduate, Kandel majored in history, for which we are very fortunate; it helped color and hone his talents of observation and must have assisted all his other efforts. Research and writing are necessary skills for any field of human endeavor.

In Search of Memory is in effect Kandel’s “Odysseus” – a record of his journey from, a talented yeshiva bachur growing up in “the wilds” of Brooklyn’s Flatbush, to Nobel prize laureate. In his day Flatbush Yeshiva had yet to establish its famous high school, so Kandel attended Erasmus Hall High School in its heyday, when it was one of the top high schools in New York City. This memoir – it’s not truly a complete autobiography – encapsulates the factors that influenced his choice of career, including mid-career switches. Described as well is the the basic scientific research that led up to his work with aplysia (a snail-like sea creature), for which he was awarded his Nobel prize.

Kandel thought to meld our knowledge of the anatomy of the brain – the neurons, dendrites, axons, synapses – with the psychological insights of Sigmund Freud and other psychoanalysts, psychiatrists and philosophers. Eric Kandel was one of the first to put “two and two” together to find the electrical and chemical effects that cause consciousness, sensation, and emotion.

His first career after medical school was in psychiatry, and much of his effort had been directed toward helping patients suffering from diseases of the mind, such as schizophrenia and psychoses. Kandel’s collaborative scientific research found direct connections between the excesses and deficits of chemicals in the brain (neurotransmitters) and the various diseases. He became involved in the establishment of a drug company that manufactures medications that psychiatrists can prescribe for their patients.

The book includes a fascinating chapter about what goes on at the Nobel prize ceremonies. There is a chapter, as well, as one about his return to Vienna, the city of his childhood, almost 50 years to the day following his family’s escape from Nazism.

The biology and biochemistry in “the story” is presented for the layperson and never gets too technical. Dr. Kandel is the author of several noted textbooks on psychiatry, psychoanalysis, neuroscience and neurobiology. He doesn’t ‘talk down’ to his readers, but patiently explains the technical aspects in his clear, expository method. This is almost a detective story, with Kandel’s lowly aplysia serving as our corpus delecti – and we can barely wait to get to the next chapter. A truly fascinating story of a fascinating life and scientific career – with Kandel’s Yiddishkeit clearly apparent as well. 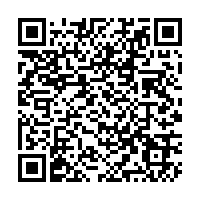