The first Jews settled in New York in 1654. They established Congregation Shearith Israel, known as the Spanish/Portuguese synagogue, soon after their arrival. Until the last third of the 19th century the congregation was led not by rabbis but by a series of hazzanim. One of the most distinguished of these hazzanim was Joseph Jesurun Pinto (1729 – 1782).

“Born in Amsterdam in 1729, he had gone from there to London. He knew both Spanish and Portuguese besides Hebrew, Dutch, and English. He responded to New York’s call and served Shearith Israel from 1758 to 1766.

“He had left behind him in London his fiancée. When he came to New York he commissioned a judge in the London religious court, the Dayan David de Castro, to act as his proxy and affiance to him in absentia Rebecca, daughter of Moses de la Torre. She then joined him in New York as his wife…

“Pinto’s ministry marked a high point in the struggling congregation’s spiritual development. He was well versed in Hebrew and rabbinic literature, and was markedly spiritual. These two characteristics are eloquently attested in a long introspective letter which he wrote in Hebrew to the board of trustees of the congregation. In this, with numerous quotations from the Talmud and Midrash, he fervently examines his own soul.”

In that letter he wrote about his voyage to America and his determination to serve his new congregation:

[I]t happened that when I was on board ship, I had no strength to fast, and I was forced to forego three fasts, one for the soul of my father, one for the soul of my mother, and the third for the tenth of Tebet. And I vowed still another fast to give thanks to God for bringing me hither and delivering me from the waters of the sea. . . .

Having completed this introspection, and having found myself guiltless save in the instance above-mentioned, I determined to do penance for all the transgressions of my life-above all for evil thoughts. . ..

And since I have come to the rest and to the inheritance which the Lord my God has given me but have not benefited from it so far, I will vow that henceforth I shall do nothing unseemly in the eyes of God and man. . ..

And if you so will, and I find grace in your eyes, you may try me from now to Rosh Hashanah without any pay to see whether I do my duty. Moreover, you may put upon me whatever conditions you will, and I will agree thereto and sign my name to the contract. Should I fail to carry out any of the conditions, you will not be obliged to pay anything, and I shall leave my profession for ever. . . .” [i]

“Of all the ministers until modem times who served Shearith Israel, Pinto was one of the most knowledgeable in Hebrew and rabbinic literature. He taught Spanish and Portuguese as well as Hebrew, and he spoke English and native Dutch.

“Pinto’s writings began at age twenty-one when he prepared a lengthy guide (entitled Seder Hazanut) for young synagogue clerics. The guide, written in Portuguese, included numerous Hebrew and Spanish quotations from Jewish authorities and amply demonstrated his grasp of Amsterdam’s Sephardic liturgical traditions and customs. In New York Pinto expanded the book to include annotations on the practices of Shearith Israel Congregation that differed from those of London and Amsterdam.

“In 1759 Pinto finished his compendium and calendar, a systematic compilation of all traditions, customs, and ceremonies of the New York congregation, including a religious calendar for the specific times of divine services adapted from the Amsterdam timetable. Shearith Israel used the famed Pinto Calendar to set its Sabbath eve services for several centuries until recent times.”[ii]

Celebrating the British Conquest of Canada in 1760

The Conquest of 1760 (French La Conquête) refers to the British military conquest of New France during the French and Indian War, otherwise known the Seven Years’ War. It was undertaken by the British as a campaign in 1758, with the acquisition of Canada made official in the Treaty of Paris that concluded the Seven Years’ War. The term is usually used when discussing the impact of the British conquest on the 70,000 French inhabitants, as well as the First Nations.

To celebrate this victory Hazzan Pinto wrote a special prayer that was read in Shearith Israel in October 1760. This prayer has the rather long title “The Form of Prayer which was performed at the Jews’ Synagogue, in the City of New York, on Thursday, October 23, 1760: Being the Day appointed by Proclamation for a General Thanksgiving to Almighty God, for the Reducing of Canada to His Majesty’s Dominions. Composed by D. R. Joseph Jesurun Pinto, in the Hebrew Language: And translated into English by a Friend to Truth. New York.

A detailed description of this thanksgiving service which Pinto led is given in the Publications of the American Jewish Historical Society, 3, 1895. After the main part of the “normal” davening for a Thursday morning was concluded “psalms cxvii, cxviii, cxxxvi, lxxv, xxxiii, viii, cxi and cl were given out by the reader to be sung by the congregation, after which a prayer was said by the cantor, invoking the aid of the Lord ‘to bring Power, Strength and Wisdom to King George II’s Generals and then to reduce Canada to the Happy Dominion of His Sacred Majesty.’

“After the prayer, psalms cxliv and lxvii were sung by the reader and congregation, and then the reader pronounced the blessing for the king and royal family and for the president and the council and the magistrates of the province of New York, ‘as it’s done every Sabbath and Holiday thro’ the Year,’ and to which a special addition was made for this occasion.

“In the afternoon, after the regular service, the reader gave out psalms i, xlvi, xcviii, and then the 25th chapter of Isaiah, verses 1-10. Then followed the blessing for king and royal family, and the whole ended with psalm cxxxiii.”

“Hazzan Pinto became a naturalized citizen in New York on January 22, 1766. But his ministry in America came to an end soon thereafter. He found it necessary to go to Europe to recover a small estate. In December 1765, he informed the congregation that as of May, 1766, he intended resigning. This purpose he carried out. The congregation paid £50 for his and his family’s passage to London. Later he became hazzan in the Sephardi community in Hamburg.”[iii] 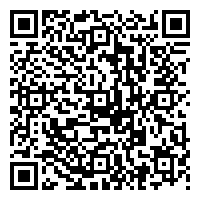