I spent Shabbos Chanukah in Los Angeles, participating in the Chanukas HaBayis for the recently reconstructed Young Israel of Century City. It is a magnificent structure, designed to enhance every aspect of tefillah and Torah learning. Under the inspired leadership of Rabbi Elazar Muskin, YICC, in its new and expanded space, will continue to meet the growing needs of the wonderful Los Angeles community.

On my way home from Los Angeles, I decided to stop in Las Vegas. Some people go to Las Vegas to try their luck at the gaming tables or slot machines. Others go for the entertainment. I went for nachas – to witness firsthand how the holy sparks of Jewish neshamot had been fanned into a glowing fire of Jewish identity.

I was in Las Vegas to visit with three exceptional teenagers whom I had met in Israel over the summer. These young men were among the fifteen participants in the NCSY Kollel Mechina program, which embedded public-school teens with little or no Jewish literacy in the midst of the iconic NCSY Kollel, a six-week summer program in Israel for boys from a wide array of yeshivot and day schools.

The NCSY Kollel Mechina program was inaugurated last summer – we had no idea if it would be successful or not. Could public-school teens fully integrate with yeshiva boys? Could teens from unaffiliated backgrounds feel comfortable and inspired learning Torah for the better part of the day?

I was eager to reconnect with these three Mechina participants. Each had grown up in Las Vegas, attended a public high school, and absorbed the values and way of life of their friends and peers – a lifestyle essentially devoid of any vestige of Jewish practice and thought. There had been barely a handful of Jewish students in the public high schools they attended.

Like most assimilated American Jews, their Jewish future was in peril, and the probability of their marrying outside the faith was statistically more than 70 percent. Through the efforts of Rabbi Yehuda Maryles, NCSY’s city director in Las Vegas, these young people found their way to NCSY and began to participate in its activities. Their Jewish journey had begun.

Ultimately, Rabbi Maryles persuaded them to join the Mechina track of the NCSY Kollel. The Mechina program fully immersed its participants in the intense atmosphere of NCSY Kollel, integrating them into the spirited Torah learning NCSY Kollel provides for religious teenagers.

The Kollel, under the dynamic leadership of Rabbi Moshe Benovitz, is legendary for the Torah programming it offers its participants, and the remarkable constellation of roshei yeshiva, rebbeim, and advisers who give shiurim to the Kollel boys – including Rav Herschel Schachter, Rav Zvi Sobolofsky, and Rav Mayer Twersky.

For six weeks, the public-school teens in the Mechina program enjoyed level-appropriate shiurim, joyful davening, and uplifting Shabbosim. They toured the length and breadth of our Homeland, seeing, many for the first time, the inspiring reality of Am Yisrael in Eretz Yisrael. They participated in the sports, trips, and other recreational activities of the Kollel, and become a part of the chevra, despite their enormous differences in backgrounds and upbringing. Those six weeks were transformative, and the group of public-school teenagers who returned to the U.S., did so invigorated, inspired and, most importantly, with an increased understanding and appreciation for Torah and mitzvot.

As I met with the three Mechina boys from Las Vegas, they talked about how their summer experience had affected their lives. They grew up knowing that they were Jewish but, to quote one of the boys: “I personally did not know what that really meant.” They went from living a life totally alienated from their heritage to now identifying as Jews in their respective public high-schools, and walk around proudly with kippot on their heads. They put on tefillin and tzitzit, and have reclaimed the religious heritage that had been lost to their families for so many years.

On Monday and Wednesday nights, these special teens can be found attending the “latte and learning” program organized by Rabbi Yehuda Maryles. They attend classes at the Community Kollel of Las Vegas, and come to shul to daven. The Jewish spark was reignited, and they are growing into committed members of Am Yisrael. All three are seriously considering returning to Israel following graduation in June, to learn in yeshiva and to further their spiritual growth and Torah learning.

This season we are reminded of the dismal state of a large swath of American Jewry. The neologism “Chrismukka” has entered the American lexicon for those who seek to conflate two holidays and two religions. Many Jewish families over the past few weeks have decorated their living room with a tree and a menorah – testimony to the rampant assimilation and intermarriage that has become the norm of American Jewry. And those are the families that at least remember the menorah.

But we know the tide of assimilation is not inexorable; it can be reversed, with sufficient dedication and resources. The inaugural Mechina program touched 15 lives in a profound way. Next summer, with the help and support of beneficent donors and supporters, we are expanding the program to 35, which will include a women’s program at NCSY Michlelet. And of course, this is only a small sampling of the amazing work that NCSY and many other kiruv organizations do, inspiring young souls one at a time.

Our choice is simple: we can turn our backs on our Jewish brothers and sisters, or we can dedicate ourselves to preserving, enhancing, and inspiring their Jewish identity. We took a gamble in Las Vegas with these young Jews. But the payout was infinite. Just a few short months ago, these young men resembled the majority of American teens; today, they proudly practice the faith of their ancestors.

One neshamah at a time, we can make a difference in bringing our people back. Let’s keep betting on our youth, on the inspiration they long for, and on the selfless mekarvim who hasten their return. 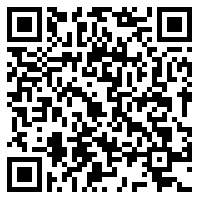