There are conflicting reports whether the fourth rocket  launched this Wednesday evening by Gaza terrorists, hit southern Israel or not.


The Red Alert siren was apparently – again – not triggered by the launch.

It is not clear why Red Alert incoming rocket alert sirens are not being activated by the day’s attacks on the region.

Earlier in the day, a Gaza-based terror group operating under the protection of the ruling Hamas terrorist organization – the Mujahideen Brigades – threatened the life of an IDF commander via a video on its Facebook page.

The Palestinian Authority government also asked Israel earlier in the day increase the amount of electricity supplied to Gaza, according to the PA’s official WAFA news agency. PA Civil Affairs Authority official Hussein al-Sheikh formally requested that Israel restore 50 megawatts of electricity to Gaza, to “bring the power supply to levels that existed before the Palestinian Authority stopped payment” for Gaza electric power supplied by Israel. 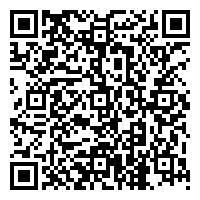