All quotations are from “The Palestine Colony in Michigan: An Adventure in Colonization” by Gabriel Davidson, Publications of the American Jewish Historical Society (1893-1961); 1925; 29, AJHS Journal pg. 61 ff.


The previous two columns discussed attempts by Jews to set up agricultural colonies in America. There was strong sentiment in some circles that Jews should return to farming the land as they had in ancient times. Nearly twenty-five collective Jewish agricultural colonies were established in various parts of America beginning in 1881. Jewish agricultural colonies populated by Russian Jewish immigrants were established (in chronological order) in Louisiana, South Dakota, Colorado, Oregon, North Dakota, Kansas, Michigan, Virginia, Connecticut, and New Jersey. Here we trace the history of the Michigan colony.

The Palestine Colony in Michigan

“In the center of the so-called Thumb District of Michigan, about a hundred and twenty-five miles north of Detroit and fifty miles east of Bay City, there is a small village bearing the odd-sounding name of Bad Axe. The story goes that a great many years ago lumbermen camping at this point found an old axe believed to have been left by the Indians. While one of their number was engaged in chopping down a tree the handle of the axe broke. In his anger he cast it aside, execrating it as a bad axe. The scene of this incident became known as the Place of the Bad Axe, and the village which in time grew up around it inherited that non-euphonious appellation. Up till about 1884 this district contained vast stretches of heavily timbered country, but in the fall of that year destructive forest fires denuded the land of much of its timber. In 1891, when our story opens, this land was covered with a second growth of scrawny brush and poplar, useless for almost any purpose save fuel, and not too good for that. About four miles from the present village of Bad Axe and right in the heart of the region just described, a dramatic venture in Jewish colonization was enacted.”

In the summer of 1891, sixteen Jewish peddlers from Russia and their families settled in Huron County, Michigan, in a location that was not far, as mentioned above, from Bad Axe. The virgin land they settled appeared to have good farming potential. The colonists signed five-year contracts, agreeing to pay $12 an acre for their holdings, each family contracting for 40 to 60 acres.

“Attuned to the ideal of establishing a new Zion in free America, they named their new colony Palestine. The settlers set to work with zest and zeal to establish themselves in their new home and in their new calling. Imbued with the spirit of the true pioneer, they little realized the stupendous struggle ahead.

“Their first tasks were to build small shacks and to clear small patches for fall plowing in preparation for spring planting. Five or six crude shacks built out of saplings and partially burned logs, each containing one unplastered room with flimsy partitions to separate the sexes, were hastily put together. While the clearing and building were going on, the settlers and their families camped out in the open. When cold weather set in, some of the colonists were forced to take their families to Bay City and to resume peddling during the winter months. Those who remained in the colony were well-nigh destitute and depended for maintenance upon the little pittance which their brothers in Bay City could spare from their meager earnings. Their condition was at times so desperate that it is a mystery that they were able to subsist till spring. It is told that a neighboring German farmer, himself in not too affluent circumstances, doled out to them a small supply of milk and a few loaves of home-baked bread daily for a short time until he himself could no longer afford it. Still they struggled on, undaunted and full of hope, to prepare more land and to put up more buildings for the reception of their fellow colonists the following spring. 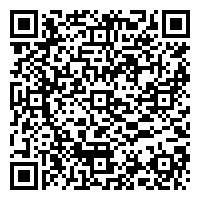