Editor’s Note: With this article The Jewish Press inaugurates a monthly series dealing with the early history of American Jewry. Particular emphasis will be placed on those who struggled to maintain their religious observance in an environment that was drastically different from the one prevalent then in other parts of the world.

In the 17th, 18th and 19th centuries Jews in America did not face the level of discrimination encountered by their brothers and sisters living in other lands. To the contrary, they faced what might be considered an even greater challenge to the maintenance of religious observance – an open society in which people were free to do pretty much as they liked. Many were not able to resist the temptations of such freedom, and the result was, unfortunately, the abandonment of observance. This often led to intermarriage and assimilation.

There were, however, those who managed to live Orthodox lives and pass Yiddishkeit on to their children. They did this in the face of what many considered insurmountable odds and without the support systems that the observant world takes for granted today. The stories of the lives of these Jewish heroes and heroines are often inspiring and uplifting. Furthermore, those who remained true to their Jewish heritage built the foundations on which Orthodoxy rests today.

This series will appear the first week of each month and will progress chronologically, beginning with historical events that took place in the 16th century. But with Pesach fast approaching, it seemed only appropriate to start the series with the following article.

There may be those who think that almost all the Jews who came to America during the 19th century left their observance of Yiddishkeit in the Old World. While it certainly is true that many Jews became lax in their observance of the precepts of the Torah, there were those who clung steadfastly to the religion of their ancestors. This commitment to Torah and mitzvos was maintained by some Jewish soldiers who fought during the Civil War, both on the Union and Confederate sides, despite the difficulties and hardships they faced. The morning of April 20, 1861, nineteen-year-old Albert Luria received a message that his (Confederate) company was to leave for Norfolk, Virginia, in two hours.

Albert joined his company, the Columbus City Light Guards, Company A, 2d Georgia Infantry Battalion, and marched to the depot, where amidst the crowd were members of his family. Aunts, uncles, and cousins had walked to Columbus to send young Albert off to fight, though they were prosperous planters accustomed to riding in carriages. It was Saturday, and, after all, the family members were Orthodox Jews.

”I did not anticipate seeing them,” the young soldier wrote in his journal, ”for as it was Saturday I knew they could not ride and hardly expected they would pay me the compliment of walking in.”

Albert’s parents, Eliza and Raphael J. Moses, were born and raised in observant Jewish homes in Charleston and descended from a long line of Jewish Southerners. Raphael Moses was so proud of his Sephardic ancestry that, not wanting his old family names to die out, he named one son, Albert, “Luria” and another son, Israel, “Nunez” to carry on those old Sephardic names.

A successful lawyer and planter in Columbus, Moses also volunteered for the Confederate army and achieved the rank of major as Gen. James Longstreet’s chief of commissary. In addition to Albert Luria, two other sons of Raphael J. Moses served in the Confederate armed forces.

Albert Luria was severely wounded on May 31, 1862, and died shortly thereafter.

For American Jewry during the Civil War, the Passover story was especially powerful. Northern soldiers saw clear parallels between the Union freeing the South’s slaves and Moses leading the ancient Hebrews out of Egypt. However, creating a seder in a war zone requires flexibility and creativity. In 1862, the Jewish Messenger published an account by J. A. Joel (of the 23rd Ohio Volunteer Regiment) of a seder celebrated by Union soldiers in Fayette, West Virginia. Joel and twenty other Jewish soldiers were granted leave to observe Passover.

Joel’s account of the seder was included in a letter to his sister:

”While lying there (near the village of Fayette), our camp duties were not of an arduous character, and being apprised of the approaching Feast of Passover, twenty of my comrades and co-religionists belonging to the Regiment, united in a request to our commanding officer for relief from duty, in order that we might keep the holydays, which he readily acceded to. The first point was gained, and, as the Paymaster had lately visited the Regiment, he had left us plenty of greenbacks. Our next business was to find some suitable person to proceed to Cincinnati, Ohio, to buy us [matzos]. Our sutler (civilian provisioner to the army post) being a co-religionist and going home to that city, readily undertook to send them.

”We were anxiously awaiting to receive our matzos and about the middle of the morning of [the eve of Passover] a supply train arrived in camp, and to our delight seven barrels of matzos. On opening them, we were surprised and pleased to find that our thoughtful sutler had enclosed two Hagedahs and prayer-books. We were now able to keep the seder nights, if we could only obtain the other requisites for that occasion. We held a consultation and decided to send parties to forage in the country while a party stayed to build a log hut for the services. About the middle of the afternoon the foragers arrived, having been quite successful. We obtained two kegs of cider, a lamb, several chickens and some eggs. Horseradish or parsley we could not obtain, but in lieu we found a weed, whose bitterness, I apprehend, exceeded anything our forefathers ‘enjoyed’…. The necessaries for the choroutzes we could not obtain, so we got a brick which, rather hard to digest, reminded us, by looking at it, for what purpose it was intended.

”At dark we had all prepared, and were ready to commence the service. There being no [cantor] present, I was selected to read the services, which I commenced by asking the blessing of the Almighty on the food before us, and to preserve our lives from danger. The ceremonies were passing off very nicely, until we arrived at the part where the bitter herb was to be taken. We all had a large portion of the herb ready to eat at the moment I said the blessing; each [ate] his portion, when horrors! what a scene ensued in our little congregation, it is impossible for my pen to describe. The herb was very bitter and very fiery like Cayenne pepper, and excited our thirst to such a degree, that we forgot the law authorizing us to drink only four cups, and the consequence was we drank up all the cider.

”There, in the wild woods of West Virginia, away from home and friends, we consecrated and offered up to the ever-loving God of Israel our prayers and sacrifice. I doubt whether the spirits of our forefathers, had they been looking down on us, standing there with our arms by our side ready for an attack, faithful to our God and our cause, would have imagined themselves amongst mortals, enacting this commemoration of the scene that transpired in Egypt.”

There were Jewish soldiers in the Confederate Army who were just as committed to Judaism as those who fought for the North. The following is a letter written by a Jewish Confederate soldier, Isaac J. Levy of the 46th Virginia Infantry, from his camp in Adams Run South Carolina, in which he detailed to his sister how he and his brother Ezekiel (”Zeke”) celebrated Passover in the army:

No doubt you were much surprised on receiving a letter from me addressed to our dear parents dated on the 21st which was the first day of [Pesach]. We were all under the impression in camp that the first day of the festival was the 22nd and if my memory serves me right I think that Ma wrote me that Pesach was on the 22nd inst. Zeke …. was somewhat astonished on arriving in Charleston on Wednesday afternoon, to learn that that was the first [seder] night. He purchased [matzos] sufficient to last us for the week. The cost is somewhat less than in Richmond, being but two dollars per pound. [Editor’s Note: For point of reference, matzah in New York City was then 6 cents a pound.] We are observing the festival in a truly Orthodox style. On the first day we had a fine vegetable soup. It was made of a bunch of vegetables which Zeke brought from Charleston containing new onions, parsley, carrots turnips and a young cauliflower also a pound and a half of fresh [kosher] beef, the latter article sells for four dollars per pound in Charleston. Zeke E. did not bring us any meat from home. He brought some of his own, smoked meat, which he is sharing with us, he says that he supposes that Pa forgot to deliver it to him.

Love to all
Your affectionate Brother
Isaac J. Levy

Such were the efforts expended by Jewish soldiers during the Civil War to maintain their religious observances in spite of overwhelming difficulties. These inspiring recollections will, no doubt, enhance our own Pesach experience.

Dr. Yitzchok Levine, a frequent contributor to The Jewish Press, is a professor in the department of Mathematical Sciences at Stevens Institute of Technology, Hoboken, New Jersey. He can be contacted at llevine@stevens.edu 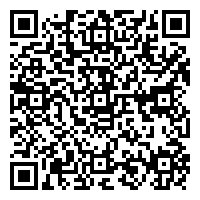