Unless otherwise indicated, all quotes are from People Walk on Their Heads: Moses Weinberger’s Jews and Judaism in New York, translated from the Hebrew and edited by Jonathan D. Sarna, Holmes Meir Publishers, Inc., New York, 1982.

There was a time when many European Jews viewed America as a treife medina (a non-kosher land) from the perspective of traditional Jewish religious observance. It was felt that it was virtually impossible to remain observant in America, and many Jews proved this was indeed the case, as they or their children abandoned much of their religious practices once they arrived here.

One can gain insight into the state of Yiddishkeit in America during the latter part of the nineteenth century from the writings of Rabbi Moshe Weinberger (1854-1940). Rabbi Weinberger came to New York from Hungary in 1880. (A sketch of his life was provided in last month’s column.) Rabbi Weinberger was a keen observer of the American Jewish scene and in 1887 published his controversial book Ha-Yehudim veha-Yahadus be-New York.[i]

“Written in Hebrew and directed to his brethren in Europe, Weinberger scorned American society as materialistic, sorely lacking in appropriate family values, and a spiritual danger to religious Jews. Contemptuous of Jewish life in America, as well, Weinberger cautioned his former countrymen about the poor standards of kashruth and Jewish education and the low level of Talmud knowledge of Jewry’s religious functionaries. He lamented America’s magnificent synagogues, which some Jews felt compelled to build, and chided Jews for the extravagance of luring cantors with inflated salaries to fill normally empty synagogue pews.”[ii]

His message to Jews in Europe was blunt: Stay Home! “As far as Weinberger was concerned, New York City was America in microcosm. What he learned about the one he applied to the other. In addressing his peer group abroad, he generalized accordingly: Nothing will be left for you to do save dressing in black, wrapping yourself in shrouds, and rolling from darkness to abyss: from factory to sweatshop to itinerant peddling. For such great successes you don’t need America! You don’t need to endanger your life by crossing great stretches of water! There, in your homeland and your own little city, you can do just as well if you only work diligently and put all fears of shame behind you.” (Pages 5 -6)

Regarding the religious situation in America Rabbi Weinberger wrote: “In all other lands a man is required by the government to belong to the kehilah [community] of the area where he lives, and like it or not it levies taxes upon him. In America, any man may cut himself off from his community, taking no part in it whatsoever.” (Page 8)

“In America one relies for everything on three laymen. They are found by inspecting everyone who displays haughtiness and greed, talks big, leaps forward to barge into other peoples’ conversations, has a tall and handsome appearance, and can’t speak gently to his fellow human beings…. He is placed at the head of the community, given a golden scepter, which in this country is in the shape of a mallet, and with it he rules his people; he is at once their ruler and judge.” (Page 14)

“A mohel or marriage officiator here must be conscious of the world around him and the work ahead of him. He must know how to drive a chariot properly, how to select sure-footed horses, and how to find two or three of those transient characters known as nosei kelim [armor-bearers]. He must understand that nothing is more valuable or useful in America than smooth talk and vulgarity. He must realize that in New York, unlike the rest of the world, one spends even what one doesn’t have. He who thoroughly understands all this may be sure of a place in this world: he will gather great riches, and never find himself without means of support.” (Page 17)

These are certainly very harsh words, and the reader may wonder if perhaps there is some level of exaggeration. However, most of Rabbi Weinberger’s contemporaries found his descriptions of Jewish life in New York to be for the most part accurate.

“Ephraim Deinard [1846-1930], the cantankerous bibliophile and Hebraist, thought that Weinberger’s portrait fit all big cities in America – ‘it will serve as a trustworthy guide for those writing the history of Jews in the New World.’” (Page 23)

Sadly, Rabbi Weinberger’s book gives many examples to back up his words in the areas of kashrus, education, the workplace, personal religious observance, and the role of synagogues. One such example is the following Pesach story:

The story is told of one immigrant who arrived here and barely supported himself and his wife by renting a small grocery on one of the streets. Came the month of Nisan [the Hebrew month in which Passover falls] and he did as he and all faithful Jews always did: he searched through everything that might contain chomets [leaven], and slowly began to remove it to the basement and attic in order to make room for the Passover goods that he had ordered a month before.

On the morning before Passover, the merchandise arrived, all properly weighed and measured just as he had requested in his letter to the dealer. But to his great astonishment, no Passover certification appeared: not from the head of the bes din, not from some individual dayan [judge], not from anybody at all. He was brokenhearted –and furious. “Surely some horrible error has occurred,” he cried angrily. “Doubtless some confused clerks are to blame.” But what could he do? There was no time to go out to obtain new holiday merchandise, for customers had already gathered and were coming in. If sent away empty-handed, they would never return.

There remained but one solution: to race to the nearest grocers and to borrow the needed merchandise, or actually to purchase it from them at full price. This proved impossible, however. To a man, the grocers claimed that they had enough only for their own needs, and had to look out for themselves. And so, while his wife stood full of misery in the store, he ran around town like a madman. Half a day passed in turmoil and confusion. Finally they closed their doors.

“Four days later, even before light had dawned on the first of the intermediate days of the holiday, he was already standing at the large supply house on S – Street. Still enraged and furious, he fought with the supervisors and those higher up. They swore to have sent him everything he needed for Passover, but to no avail. They showed him a special place on the first floor where a sign on the wall read PASSOVER G[ROCERIES], and there was his name.

“But where is the Passover certification?”

Finally the owner of the supply house came out, brought him to his office, gave him a seat, and in a soft, earnest voice said, “I see, my friend, that you are as green as can be. You just arrived in this country, and you know nothing of its ways. Be aware of the fact that, aside from flour, there is no Passover merchandise in New York. Many Jews who would never dream of drinking c[offee] or eating s[ugar], or dried fruit on Passover, and who place in their store windows and advertisements large signs reading PASSOVER G[ROCERIES] are actually lying. The words are a deception and fraud. Since many of the storekeepers who do business with us requested it, we were forced to act as you saw. Not that it helps us any, but – as you too now understand and will know for the future – it does benefit the storekeepers in the Jewish areas.’

A new year came, and he knew what lay ahead. Though snow still covered the earth, he already had a sign prepared in gold letters ready to hang in the window before the holiday. But his wife, who came from a good family in the Hungarian state, felt most distressed and argued with him daily. “How is it possible,” she asked him, “to stock s[ugar] on Passover without any proper certification? Did the sages in our country dwell on this problem in vain? Did the gaon from Szerem waste his time troubling himself about it? And what about the dried fruits: do you know where they came from? Would the Jews back home have used them? Does America have a special Torah for itself?”

Her husband listened and proceeded to burn his sign before her eyes. Now he is among those working to bring about improvements in those matters where the Torah strictly demands proper Passover supervision.” (Pages 74 – 75)

Sadly, this was the state of Yiddishkeit on the Lower East Side during that latter part of the 19th and the first part of the 20th centuries.

[i] For a translation of this work see People Walk on Their Heads, Moses Weinberger’s Jews and Judaism in New York, translated from the Hebrew and edited by Jonathan D. Sarna, Holmes Meir Publishers, Inc., New York, 1982. 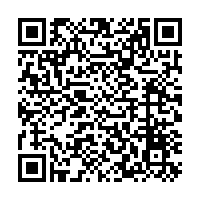