Last month we sketched the life of Rabbi Dr. Bernard Illowy, who arrived in America in 1852 and served as the rav of congregations in New York, Philadelphia, St. Louis, Syracuse, Baltimore, New Orleans, and finally, Cincinnati. Here we will look closer at some of accomplishments.

Rabbi Illowy as a strong defender of Orthodox Judaism in the face of the growing spread of the Reform movement during the nineteenth century. He made efforts to preserve the traditional status quo of Judaism in his own synagogue and in the general Jewish community. This often meant responding to synagogue members who wanted to introduce Reform practices. He also challenged the efforts of Reform leaders like Isaac M. Wise and Max Lilienthal, both of whom often articulated theological positions that were against halacha. One must keep in mind that at that time many felt Reform Judaism was much more suited to Jewish life in America.

“Illowy also came to be regarded as a competent authority on halacha. Both local residents and Jews residing in other communities throughout the United States communicated with Illowy regarding matters of Jewish law. When a Cleveland congregation, for example, wanted to know the kashruth status of a Torah scroll after discovering that the name of God was unnecessarily added to one of the biblical verses, Illowy was consulted for his opinion on the matter. In another instance, the Baltimore Hebrew Congregation turned to Illowy for guidance regarding the increasingly popular custom of designing images on the tombstones of relatives.

“Unlike many rabbis in Europe at that time who refused to acknowledge the modern sensibilities of their congregants, Illowy was prepared to accommodate to some of their needs. He preached every Sabbath in either English or German, sponsored confirmation ceremonies for young boys and girls, and supported efforts to improve synagogue decorum by endorsing a system of fines for noisemakers.”[i]

“Some months after our arrival in Baltimore my father was invited to deliver the address at the annual dinner of the Hebrew Benevolent Society, to be given December 21st, 1859, and had accepted. About three weeks before the dinner, happening to meet the president of the society, he casually and in an off-hand way, as if the matter were self-understood in very conservative Baltimore, asked him whether there were arrangements made for the washing of the hands before [eating bread], and the saying of grace after the meal.

“To his great astonishment he was told that both were prohibited by resolution of the Board of Trustees. He at first thought that the president was joking, but when he became convinced that it was all meant in downright earnest, he at once informed him that under those conditions he would not deliver the address, would not dine with the society, and in so far as his influence went, none of his members should.

“He was told that this resolution prohibiting [washing] and [Birkas HaMazon] had been passed by the trustees at the instance of Dr. Einhorn, but this did not deter him from doing what he thought was proper in the matter. He never allowed his personal interests, or friendships, or preferences, to stand in the way when the cause of religion demanded action.

“The following Sabbath at the close of the sermon, my father denounced the action of the trustees of the Hebrew Benevolent Society as of the most intolerant and sinful character, and declared that attendance at this dinner would be as was attendance at the feast of Achasverosh! No man who had any regard for religion or had any respect for his own person would attend a dinner at which, by resolution of the Board of Trustees, he was forbidden to give thanks to [Hashem] for the good things enjoyed and for the ability to enjoy them.”[ii]

The bottom line was that after this and other efforts by Rabbi Illowy the resolution was rescinded, and the dinner was a huge success.

Rabbi Illowy was a strong advocate for order and decorum in any synagogue in which he officiated.

“Soon after entering upon the Rabbinate of a congregation, he took occasion to preach upon the text ‘Know before Whom you stand’, and told his members in no uncertain phrase that every man who attends divine worship must remember that he is…in the presence of the King of Kings, and that the least he can do is to demean himself in as respectful a manner as if he were in the presence of an earthly judge, or of some other high official.

“He would have no screeching, or screaming, or shouting by his congregants, [stressing that all members of the congregation] should pray together in unison.

He also, according to his son, insisted that davening take place at a reasonable pace and not be rushed through and that talleisim not be removed until the davening was concluded. And he prohibited “the indecorous scramble and rush to get to the Kiddush table between concluding prayers, so common to Orthodox houses of worship….”

His son recalled that “All this was accomplished only after a severe struggle. It aroused the violent opposition of the ignorant fanatics, of the fanatical pseudo-scholars, and of that disorderly element in all congregations, that is always opposed to any and all rabbis and teachers of true Torah. My father, however, persevered, and in due time it was fait accompli.”[iii]

Rabbi Illowy did his utmost to increase the religious observance of his congregants. He realized the importance of Jewish education and in every congregation he served he either strengthened existing educational programs or implemented new ones for his congregants, particularly for the youth. He worked diligently to insure proper kashrus standards in all of the cities where he served as a rabbi.

“He was the rabbi of New Orleans throughout the Civil War, 1860-1865. Rav Illowy arrived at a city that was religiously deprived. There was only one sukkah in the whole city. As far as kosher goes, when he arrived only five people truly kept kosher. After a year of Rav Illowy’s presence, those amounts jumped up to 40 sukkahs and nearly every home became kosher. How did he accomplish this? By personal contact and friendship! He would pay visits to the homes of his congregants; not an easy task for a rabbi in those days.”[iv]

Rabbi Illowy “died on the twenty-first day of June, 1871, in consequence of an accident, on his farm at Foster’s Crossing, Warren County, Ohio, to which he had retired [in 1869] on account of a chronic dyspepsia which had troubled him much, off and on, for many years, and was buried in the graveyard of the Congregation Adath Israel at Lick Run, Cincinnati, Ohio.”[v]

He was survived by his wife, three sons, and a daughter. One of his sons, Dr. Henry Illoway (this is the way he spelled his last name), was a prominent Jewish physician and writer. In addition to being a specialist in children’s diseases, he wrote regularly on biblical and Talmudic subjects. He lived in New York City and belonged to the Spanish-Portuguese Synagogue, Congregation Shearith Israel. 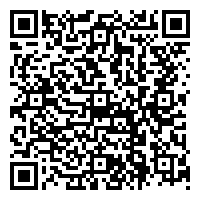