The Brooklyn Bridge, one of the oldest suspension bridges in the United States, stretches over the East River from Manhattan to Brooklyn. The world’s first steel-wire suspension bridge, its 1,595-foot span made it the largest suspension bridge in the world – some fifty percent longer than any previously built – and for several years its towers were the tallest structures in the entire Western Hemisphere.

Construction began in 1869, and the “New York and Brooklyn Bridge” was completed fourteen years later and opened for use on May 24, 1883, when 1,800 vehicles and 150,300 people crossed, including President Chester A. Arthur. A highlight of the event, which the papers characterized as “the biggest celebration New York City has ever seen,” came when darkness fell and 80 electric lights, “a brand-new invention by Thomas Edison,” were turned on, transforming night into day.

Shown with this column is a beautifully etched and exceedingly rare invitation to the May 24, 1883 opening ceremonies, which took place at “the Brooklyn approach” to the bridge. Soon after the bridge opened, Jews began an annual tradition of walking across it on Rosh Hashanah to recite Tashlich; also exhibited with this column is a photograph taken at the turn of the 19th century depicting Jews reciting Tashlich from the bridge and a Rosh Hashanah card, circa 1901, illustrating a Tashlich ceremony at the foot of the bridge.

The bridge was designed by an architectural firm owned by John Augustus Roebling who, though a Lutheran, was descended from Sephardic Jews who had migrated to Germany from Spain. Roebling studied science and mathematics at the private Pädagogium in Erfurt, Germany, where he was taught mathematics, surveying, general science, and critical thinking by the renowned Jewish scholar and mathematician Dr. Ephraim Salomon Unger.

Unger accepted Roebling as a student after the latter failed a number of his high school subjects, including Latin and religion. Unger’s school was unique in that it focused not only on mathematics but also on mechanics, and Roebling was exposed to subjects such as beam construction, catenary theory, and the statics of arches. Roebling’s proficiency in his studies made him a favorite of the celebrated professor and, years later, he proudly described his accomplishments in higher education by including the following entry in his curriculum vitae notes:

Went to Dr. Unger’s Mathematical Institute in Erfurt in June 1820 at the age of 15.

As a result of Unger’s efforts, and because of his faith in Roebling’s ability and his willingness to take a chance on him, Roebling was able to continue his studies as an engineer and architect in Berlin and go on to immortality as the builder of the so-called eighth wonder of the world.

Unger was born in Coswig, Saxony, where he was taught Bible and the Prophets in the original Hebrew by his father, Salomon David Unger, who later became the first Jew in Saxony to be granted citizenship (1810). Ephraim became fascinated with mathematics when studying rabbinical mathematical analyses in the Talmud and, at age 13, he attended the Jewish Free School in Berlin, where he supported himself by giving lessons in Hebrew, French, and Latin.

After Napoleon’s troops occupied Berlin (1806), Unger rejoined his father in Erfort and completed his doctorate at the Faculty of Philosophy (1810), writing his thesis on the origin of trigonometric functions.

Upon earning his doctorate, Unger taught mathematics at the University of Erfurt and then privately to officers of the French garrison and to members of the topographic institute before founding his renowned private institute for mathematical instruction. When the school was formally converted into a state secondary school, the municipal school board offered him the directorship on condition that he embrace Christianity, which he resolutely refused to do. (His younger brother, David, also a brilliant mathematician and architect, did convert). However, the board permitted him to retain the position of oberlehrer (“head teacher”) until 1861, when he was pensioned and retired with honor. The remarkable Unger, a true mathematical Renaissance man, was a visionary in the field of mathematics education who also wrote numerous texts, many of which became pedagogical standards used by university systems across Europe, particularly in Russia. His prolific works include Guide for Teaching Mental Math (1842); Arithmetic for Merchants and Accounting Officers (1829); Algebra for Business (1828); Exercises from the Pure and Applied Solid Geometry (1830); Handbook of Plane and Spherical Trigonometry (1821); and History of Number Theory from Pythagoras to Diophantus (1843).

He also wrote Life and Fire Insurance, becoming among the first to apply mathematical principles to insurance ratemaking, and his works include biographies of his two idols, philosopher Immanuel Kant and mathematician Gottfried Wilhelm Leibniz.

Unger was also for many years a member of the city council of Erfurt, which had made him an honorary citizen in 1860 (a rare honor for a Jew at the time), and the king of Prussia conferred upon him the title of professor and decorated him with the Order of the Red Eagle in recognition of his services. The Jewish congregation of Erfurt was incorporated through his efforts (1912) and for many years he served as its first overseer.

Independent of New York City until 1898, Brooklyn had been the third largest city in the United States for fifty years due, in no small part, to the Brooklyn Bridge and Jewish immigration. In the late nineteenth century and with the arrival of large numbers of immigrants, Brooklyn transformed itself into a major center of Jewish life. By 1880, Brooklyn had a population of almost 600,000 – an increase of more than 40 percent over the previous decade – and New York and Brooklyn were two of twenty American cities with a population of over 100,000.

When the Brooklyn Bridge opened, Jews from the Lower East Side, long disenchanted with the overcrowded and expensive living conditions in the tenements of Manhattan, and newly-arrived escapees from the Eastern European pogroms, found a Brooklyn sanctuary with affordable housing, more space, and a strong and expanding economy. But Brooklyn became even more of a “Jewish city” with the opening of the Williamsburg Bridge (1903), to the point where that bridge became popularly known as “the Jews’ Bridge.”

Though the first Brooklyn Jewish communities were centered close to Manhattan, the Jewish population ultimately swelled throughout the borough, resulting in neighborhoods such as Boro Park, Flatbush, Park Slope, Brownsville, Bensonhurst, Crown Heights, and Williamsburg.

Goldstein on Gelt: Handling a Bond Portfolio when Rates are Low and Corona Still Lurks 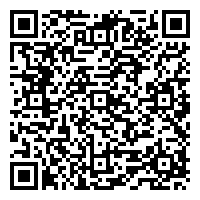