Last month we discussed how Rabbi Abraham Joseph Rice came to America in 1840 and became the rav of the Baltimore Hebrew Congregation (Congregation Nidchei Yisroel). Rav Rice was the first ordained Orthodox rabbi to settle in North America.
Not long after Rabbi Rice became the spiritual leader of Nidchei Yisroel, he faced opposition from those who wanted to introduce various reforms. In 1842, some of those who felt Rav Rice was too extreme in his insistence on maintaining halachic standards left his congregation and founded the Har Sinai Verein (Society). The first Rosh Hashanah services held by this congregation featured hymns sung to the accompaniment of an organ. This temple became the first lasting Reform congregation in America.

The founding of the Har Sinai Verein marked the beginning of the emergence of the Reform movement as a major force among American Jewry during the nineteenth century. The Reform movement eventually launched an all out attack on traditional Judaism, and Rabbi Rice became an eloquent defender of Orthodoxy.

His most unique contribution, however, was his defense of Orthodox Judaism in America. Where there were so few real scholars, it was easy for pseudo-intellectuals to misinterpret the basic principles of Jewish theology and thus pave the way for the spokesmen of Reform Judaism. This state of affairs was very painful to Rabbi Rice, and he went out of his way to challenge these “erroneous doctrines” as he called them, and to set the record straight .1

As one of the few Orthodox rabbis in America, [Rabbi] Rice emerged as an important defender of tradition in the face of religious Reform. Criticizing Reform clergy, [Rabbi] Rice excommunicated Isaac M. Wise, a leading Reform clergyman, for questioning aspects of the traditional Jewish belief of messiah and resurrection. While his polemics against Reform failed to curtail the growth of Reform Judaism in America, his remarks reflected the concerns of Orthodox Jews regarding the preservation of Jewish tradition in America.2

Rabbi Rice became a close friend of Isaac Leeser, the Philadelphia chazzan who was in the forefront of everything Orthodox in the United States during the nineteenth century.3 In addition to writing articles that Chazzan Leeser published in his monthly Occident and Jewish Advocate, Rabbi Rice urged him to undertake an authoritative English translation of the Bible, pointing out that the German translations then available did not appeal to the English-speaking Jewish youth of America. The result was a magnificent piece of work written in accordance with Orthodox Judaism that became a standard for decades.

Rabbi Rice was one of the few men in America during the mid-nineteenth century qualified to deal with halachic issues. He received inquiries from Jewish communities throughout the country on many matters. Given his personal modesty, he was reluctant to assume responsibility for making decisions on important religious matters. He realized, however, that the people had virtually no one else to turn to.
His detailed responsa were written in the typical style of the poskim of his time. Asked about the use of West Indian esrogim, he replied in the affirmative. He dealt with the kashrus of the food additive shortening and the oils used in its manufacture; the proper way to write gittin in U.S. cities where a get had never been written before; the drawing of blood from animals immediately before shechita (this was thought at the time to have a beneficial effect on the meat), and many other issues.

Rabbi Rice was instrumental in the creation of what became known as the Lloyd Street Synagogue. Completed in 1845, it was the first Jewish house of worship built in Maryland. Isaac Leeser, who was present at the synagogue’s dedication, described in detail the synagogue as well as the dedication ceremonies. He wrote in part:

We will merely state for the information of our readers who doubtlessly feel an interest in the completion of the first house ever erected especially for our worship in Maryland, that its Eastern Front is ornamental with a Doric portico, through which is the entrance into the main building. A flight of steps on each side leads into the gallery which runs along the west, north and south sides. The main body is divided into two aisles, furnished with pews, in place of open seats, which struck us as something unusual in our Synagogues.

The ark is a semi-circle, reached by a flight of steps of the same form, on the plan of the Synagogues in New York. Over the ark is a circular window laid out in the shape of the so-called “Shield of David” [Magen Dovid] furnished with colored glass of various tints.4

The synagogue contained a mikveh as well as an oven for baking matzos.

The new synagogue proved to be both a blessing and a curse. It attracted people who were influenced by the Reform movement. At first these people demanded some minor innovations, but, as time went on, they pushed for more and more changes. There were constant conflicts and dissensions.
Rabbi Rice refused to compromise when it came to halacha. He viewed minor attempts to introduce ritual changes as the first steps on the path toward a total break with Orthodoxy, and he was not wrong.5 In 1849 things got so bad that, much to the shock of many synagogue members, he resigned as spiritual leader of the congregation. “I resigned because as a private citizen I expect to have greater influence with my congregation. And I shall always be ready to fight the battle of the Lord.’ “6
Despite the fact that Rabbi Rice no longer held a formal rabbinical position, he continued to have considerable influence over Baltimore Jewish life due to his religious scholarship and piety.
“In 1851 he organized a small congregation where he officiated as rabbi and chazzan without compensation and where he felt spiritually at home. The group consisted of a number of pious and learned people who venerated their teacher and appreciated his piety and his dedication to the study of Torah.”7

In 1862 the Baltimore Hebrew Congregation found itself without a rabbi, and Rav Rice was asked to again become its spiritual leader. He agreed, but refused half the $1,000 yearly salary the congregation offered him. Unfortunately, he did not serve very long in this position, since he passed away on October 29, 1862.

. Abraham Rice’s place in the history of American Judaism is secure. The courage and dauntlessness with which he defended the principles of historic Judaism give him a unique place among the pioneers of Orthodoxy in America. His consistent and uncompromising stand in matters of Jewish theology were the strongest factor in stemming the tide of Reform. His devotion to the study of Torah and his depth of talmudic learning made it possible for [halachic] Judaism to gain a foothold on American soil, where for centuries Jewish life was spiritually barren and Torahless. His dedication to Jewish education and his personal instruction of many a youth in this community were responsible for a new generation of enlightened laymen to be raised up who changed the entire physiognomy and religious climate of the Jewish community of Baltimore.8

1 “Rabbi Abraham Rice of Baltimore, Pioneer of Orthodox Judaism in America” by Israel Tabak, Tradition, 7, 1965, page 111.
2Orthodox Judaism in America, A Biographical Dictionary and Sourcebook, byMoshe D. Sherman, Greenwood Press, 1996, page 17.
3 See “Isaac Leeser: Architect of Traditional Judaism in America” by Yitzchok Levine, front-page essay, The Jewish Press, June 22, 2007
(www.jewishpress.com/content.cfm?contentid=21906)
4 Occident, Volume III, N. 8, November, 1845, pages 362-363. The entire article is available at www.jewish-history.com/Occident/volume3/nov1845/baltimore.html
5 The Lloyd Street Synagogue eventually became a Reform temple. The building was later sold to St. John the Baptist Roman Catholic Church (1889-1905), one of the first Lithuanian “ethnic” parishes in the U.S. Between 1905-1963, it was occupied by Shomrei Mishmeres HaKodesh, one of the leading Orthodox congregations of the East European immigrant community. The building was restored from 1963 to 1965, and is no longer used as a place of worship, but open as a historic site. www.nps.gov/nr/travel/baltimore/b30.htm
6 Tabak, page 108.
7 Ibid.,  page 110. 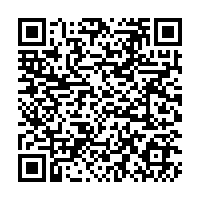