Last month’s column sketched the life of Judah Touro (1775-1854), who became immensely wealthy after his move to New Orleans in 1802, using his fortune to support many causes and individuals. For years, however, Touro showed little or no interest in affiliating with anything Jewish in New Orleans.

The Reverend Isaac Leeser of Philadelphia, the editor of the first successful American-Jewish periodical, The Occident and American Jewish Advocate who probably knew as much about Touro as anyone who was not a resident of New Orleans, said bluntly that “it was late in life when Mr. T. became impressed with the necessity of being an Israelite in more than in mere words.” This explicit statement is supported by the fact that it was not until about 1847, seven years before his death, that Touro began to do anything to perpetuate Jewish life in New Orleans. In that year he purchased an Episcopal church and set about making the multifarious and expensive arrangements for its conversion into a synagogue for the Sephardic congregation Nefutzoth Yehudah.1


In the last years of his life Touro davened regularly at Congregation Nefutzoth Yehudah and even became a strict Sabbath observer, as the following letter makes clear:

Having been made aware of the exhausted state of your treasury, and knowing the usefulness of fire departments, as exhibited on Saturday morning last, when through the activity of several companies, a considerable portion of my property was saved, I beg to present the enclosed one thousand dollars and hope that it may temporarily relieve the widows and orphans dependent on the association for support.

Saturday, on which the fire occurred, being my Sabbath, has prevented me from sending this until this morning.

The man primarily responsible for Touro’s return to religious observance was Gershom Kursheedt (1817-1863). He also influenced Touro to leave large sums of money to a variety of Jewish causes both here and in Eretz Yisrael.

“I have but one ambition in life,” Gershom wrote in a letter to his friend Isaac Leeser, “and that is to elevate the character of our people in the eyes of God and man.”3

Gershom moved to New Orleans in late 1839 or early 1840, going into business as a broker and becoming involved in the Jewish community. He joined Congregation Shanarai-Chasset (Gates of Mercy), the first synagogue established in New Orleans.

Some time during the late 1830s the congregation had discarded the Sephardic ritual and adopted the Ashkenazic, probably because of the large influx of German-born Jews, and the inability of any leader to conduct the Sephardic ritual. Kursheedt was one of the fifty-one members who signed the new by-laws of 1841 which, among other changes, noted that the services should be “in conformity with the rules and customs of the German Israelites,” and henceforth banned the membership of any man who had intermarried. When the Hebrew Benevolent Society of New Orleans was established in 1844, Gershom became its first treasurer.

Shortly after the High Holy Days of 1845, Kursheedt organized a new Sephardic congregation, called the Dispersed of Judah – Nefutzoth Yehudah; in the year and a half prior to its receipt of a charter from the state, Kursheedt succeeded in persuading forty men to join the congregation.4

Although Touro would not consider joining the Dispersed of Judah Congregation, he was somehow persuaded to accept the financial responsibility of providing it with a synagogue. How Gershom accomplished this is an “enigma wrapped in a mystery” – unless it was not Gershom who was the successful advocate, but Rezin Shepherd [a friend of Touro’s, who had saved his life when Touro was wounded in battle in 1815]. It is surely more than a coincidence that Touro finally bestirred himself to do something concrete for the Jewish community of New Orleans at the very same time that Shepherd’s church had outgrown its building and was planning a new structure. Our best judgment is that Shepherd – according to Kursheedt, the one man who knew how to deal with Touro – told Touro of Christ Church’s plans and suggested that it would be a good idea for him to trade some desirable land that he owned in exchange for the church, and then to remodel the building into a synagogue. But, even so, it may have been Kursheedt who suggested the idea to Shepherd.5

Kursheedt, as president of the new congregation, had the headache of supervising the renovation of the church building so that it could serve as a synagogue. Touro, who was providing the funds, insisted on approving every detail. Often he could not make up his mind concerning what he wanted, and, even after making a decision, he would change his mind more than once. In December 1847 Gershom wrote to his close friend Isaac Leeser (for a sketch of Leeser’s life see “Isaac Leeser: Architect of Traditional Judaism in America,” The Jewish Press, June 22, 2007, page 1 – www.jewishpress.com/content.cfm?contentid=21906):

Mr. Touro is the very impersonation of a snail, not to say of a crab whose progress (to use a paradox) is usually backward. My patience is well nigh exhausted with him and I am interrogated by so many concerning his intentions that it is not unusual for me to dodge a corner in order to avoid meeting certain parties who seem to think that I am making a mystery of the matter.6

Had he died in the 1820s or 1830s, Touro probably would have left substantial sums of money to many charitable organizations, but certainly not to Jewish organizations. Toward the end of his life, through the efforts of Kursheedt and Leeser, Touro returned to the religious practices of his ancestors, and Kursheedt was able to influence him to make generous bequests to a number of Jewish causes. It took considerable effort because Touro was a stubborn, difficult man who had trouble making up his mind. Nonetheless, Kursheedt had considerable success.

Touro’s gifts to orphans’ homes and other Christian welfare agencies in New Orleans, and for the construction of a new almshouse, totaled $120,000. Philanthropic institutions in Boston, to which his brother Abraham had been devoted, received $20,000. In Newport, Rhode Island, his old home, $10,000 was given to the Old Stone Mill Park, and $3,000 to the Redwood Library.

The Jews of New Orleans received a total of $108,000 – including property worth $48,000 to Dispersed of Judah, $40,000 in property (the Paulding estate) for a Jewish hospital (Touro Infirmary) in New Orleans, $5,000 for Shanarai-Chasset and $15,000 for local benevolent societies including the utopian effort to send assistance to the dwindling Jewish community in China.

An endowment of $10,000 was established for the Newport synagogue and cemetery. A total of $60,000 went toward the relief of the poor Jews of Palestine, $50,000 to be used at the discretion of the distinguished British Jewish leader, Sir Moses Montefiore. Congregations, religious schools, benevolent societies and Jewish hospitals in Boston, Hartford, New Haven, New York, Philadelphia, Baltimore, Richmond, Charleston, Savannah, Mobile, Memphis, Louisville, Cincinnati, Cleveland, St. Louis, Buffalo and Albany received a total of $143,000.

There is no question that through his influence on Judah Touro, Gershom Kursheedt fulfilled his ambition “to elevate the character of our people in the eyes of God and man.” Jewry owes him a considerable debt of gratitude.

Dr. Yitzchok Levine recently retired after serving for forty years as a professor in the Department of Mathematical Sciences at Stevens Institute of Technology, Hoboken, New Jersey. “Glimpses Into American Jewish History” appears the first week of each month. Dr. Levine can be contacted at llevine@stevens.edu. 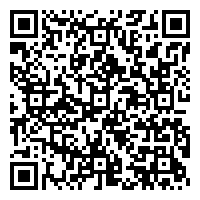