Note: All quotes are from “The Charleston Organ Case” by Allan Tarshish, Publications of the American Jewish Historical Society, 54, 1965 (http://www.ajhs.org/reference/adaje.cfm).


Last month we traced the establishment and development of the Jewish Community in Charleston, South Carolina, and its first synagogue, Kahal Kodesh (Holy Congregation) Beth Elokim (KKBE). From its inception in 1749 the synagogue was Orthodox and followed the Sephardic ritual. (This was the case with all of the synagogues founded during colonial times.)

The Jews of Charleston fared well, and by 1820 the Jewish population was the largest in America. But something happened in 1824 that would split the Jewish community and eventually have far reaching repercussions for Judaism throughout America: Several members of KKBE presented a petition calling for a number of changes in synagogue ritual.

The changes requested were that the Hebrew prayers be translated into English, a shortening of services by the omission of some of the prayers, the abolishment of monetary pledges during services, and an English sermon based on the portion of the week.

When their petition was rejected and they realized they could not command the necessary two-thirds vote of the congregation for the changes they sought, they took further steps. It was actually not until January 16, 1825, that they formally organized “The Reformed Society of Israelites” and prepared its constitution, which was unanimously adopted on February 15, 1825 by forty-four people present.

In brief, they wrote a new and abbreviated ritual service with some original prayers: original prayers and services for circumcision, naming a daughter, confirmation and the marriage ceremony; used instrumental music, worshipped without hats and revised the Maimonidean creed. They planned to educate some youth to serve as their spiritual leader.

Three of the Rambam’s Thirteen Principles of Faith were eliminated in their document – the Divine Revelation of the Scriptures; the expectation of the coming Messiah, and the resurrection of the dead.

Those who opposed these reformers characterized their efforts as follows:

They published a document, in which was avowed their determination to discard what they termed “the idle comments of the Rabbins”; to abolish the offerings which they termed “profane,” and the Spanish and Portuguese Rites of the Church [this term used by the Traditionalists, not the Reformers], which they called an “insult”; and to bring all Religious Faith to the test of human philosophy, declaring such Faith to be only “the result of rational demonstration.” They commenced their scheme of this Religion of Reason by denouncing and abandoning many of the usages which had prevailed among the Jews, since the days of the great Synagogue. Proceeding step by step, they actually changed the creeds of the Jewish people, and in a Ritual published by their authority in 1825, set forth another form of Creed, in which they left out three of the fundamental Articles of Faith.

The Society enjoyed some success, and within a year it had increased its membership to about 50. KKBE retained approximately 70 members. Within a few years, however, Society membership began to decrease and in 1833 the Society disbanded. A number of the defunct Society’s members again began to daven in KKBE. Things now looked good for the proponents of Orthodoxy in Charleston, but there was more trouble down the road.

In 1824 there were about 3,000 Jews living in America. By 1840 this number increased to 15,000. Substantial numbers of German Jews began immigrating to America in the middle 1830s. Many of these new German immigrants had either been affiliated with or influenced by the Reform movement in Germany. Some of them settled in Charleston and would play important roles in the future of Reform there. The key player in the reestablishment of Reform in Charleston was the “Reverend” Gustavus Poznanski.

In 1836 a vacancy in the position of chazzan (minister) at KKBE occurred. The synagogue was firmly controlled at this time by those who supported Orthodoxy. Wary of any possible inroads by reformers, they “set themselves to the task of finding a Minister, who would faithfully execute his duties, according to those Rabbinical and Mosaical laws, which were deemed vital to the existence of the Congregation, and who would also oppose innovation and change .”

Gustavus Poznanski, who at the time was associated with Congregation Shearith Israel of New York, was highly recommended by Isaac Lesser (considered by many to be the leader of American Orthodoxy at the time) as being a staunch supporter of traditional Judaism. But this was not enough for the leaders of the congregation, who sent a committee to interview him. These men were completely satisfied with Poznanski’s traditional views on all counts, and he was elected to the position. He assumed his duties at the beginning of 1837. The leaders of KKBE were so pleased with him that in 1838 they offered him a lifetime contract, even before the conclusion of his probationary term.

Then, another episode had its effect. In April, 1838, the synagogue of Beth Elokim, together with a number of surrounding buildings, was destroyed by a disastrous fire and a new one was erected, which was finished in April, 1840. In these few years, a change evidently developed in the thinking of the Reverend Poznanski, for rumors began to spread that he was in favor of instrumental music in the new synagogue. It was also noted that some members of the old Reformed Society of Israelites, who had not hitherto re-associated themselves with Beth Elokim, now began to return.

So it was that, on July 14, 1840, a special meeting of the Board of Trustees received a petition from thirty-eight members, requesting that the Board call a general meeting of the congregation to consider the propriety of erecting an organ in the synagogue.

In their petition they wrote:

We, the undersigned members of the congregation of K.K. Beth Elokim, feeling a deep interest in our religion, and anxious to embrace every laudable and sacred mode by which the rising generation may be made to conform to and attend our holy worship, Respectfully petition Your body, to call a General meeting of the congregation at the earliest and most convenient period you may deem proper … to discuss the propriety of erecting an organ in the synagogue to assist the vocal part of the service.

Your petitioners would be among the last to ask for innovation in any respect in relation to the usages and formula of the Service. But your body is aware, that in this petition, there is nothing incompatible with the practice of our brethren where they continue strict conformists. It is a matter of notoriety that farther than a century back, an organ was made part of the service in the city of Prague, the capital of Bohemia, and at a later period, organs have been introduced in other parts of Germany and in the South of France.

The stage was now set for a struggle between the reformers and those committed to tradition. It would lead to what became known as the Charleston Organ Case. 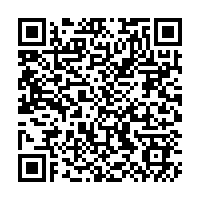