Irene Klass, the cofounder and publisher of The Jewish Press, the first nationally-distributed Orthodox Jewish newspaper in the U.S., died last week. She was 94.

A larger-than-life newspaperwoman who helped her husband, Rabbi Sholom Klass, found and build the largest Jewish weekly in America over the last 50 years, Mrs. Klass maintained a reputation for being preternaturally able to spot writing talent and for having a knack at grassroots marketing. Her efforts contributed to the great growth of The Jewish Press over the years.


In addition to her Jewish Press persona, Mrs. Klass became the matriarch of her extended family and, by the sheer force of her charm and friendliness, an increasingly large circle of friends.

But it was at The Jewish Press where Mrs. Klass had her most prominent impact. She discovered and gave writing space to little-known but talented personalities like Rabbi Meir Kahane and Rebbetzin Esther Jungreis; along with Rabbi Klass, determined the look and feel of the newspaper; and became half of the public image of The Jewish Press – always carrying under her arm several copies of the latest issue wherever she would go.

“She was a queen in the true sense of the word,” said Molly Resnick, a close friend and founder of Mothers Against Teaching Children to Kill and Hate. “Regal in bearing and caring for everyone. She always put God Almighty at the forefront, wishing that more people could see the beauty of His Torah wisdom.”

Irene Schreiber, the oldest of three girls, was born in 1916 on Manhattan’s Lower East Side to Raphael and Nettie (Weiss) Schreiber. The family moved to several neighborhoods before settling in Brighton Beach, on the southwestern edge of Brooklyn.

around the time of her bat mitzvah

As an adult, Mrs. Klass felt that her yichus, or Jewish lineage, was an important part of who she was and would make sure to remind her grandchildren that the famed Divrei Chaim was her great-great-uncle, and that she was closely related to the Chasam Sofer.

Throughout school, she and her two sisters earned a reputation for brilliance and excellence. She would frequently repeat how an elementary English teacher would ask the class if she and Ms. Schreiber were the only ones who had read and understood Shakespeare. Because she was charged with taking care of her younger sisters, Mrs. Klass did not get the opportunity to attend college, but she still devoured much literature and eventually books of Torah to hold her own in conversations on most topics.

When she was ready to get married she looked for a talmid chacham when most of her friends were looking for someone handsome and rich. She also began attending Torah classes, and soon met Rabbi Sholom Klass, who regularly lectured on the Gemara.

They got married in 1940 and had two daughters, Naomi (Klass Mauer) and Hindy (Greenwald). They soon moved from Brighton Beach to the neighboring town of Manhattan Beach, where just a handful of Orthodox families resided.

Mrs. Klass shared many of her husband’s ambitions, including that of putting out a newspaper. Rabbi Klass’s first foray into the field was the Oceanside News, a four-page publication, and she would go with him to deliver it door to door.

Rabbi Klass started other publications – the Brooklyn Weekly and the Brooklyn Daily – before realizing his dream of producing a newspaper filled with Torah. It was Mrs. Klass who shaped much of the look of The Jewish Press, insisting that the stories that animated her husband’s lectures and made them so popular be included in the paper. The Tales of the Gaonim and the Midrash became one of the most popular columns of the paper, and continue to be reproduced to this day. Another column she pushed for inclusion was the wildly popular Questions and Answers, where Rabbi Klass would answer questions on halacha from readers. The best of that column has been collected in three widely read books.

Over the years the paper matured; in addition to its heavy Torah content, it became an important advocate for Israel. Hundreds of thousands of American Jews looked to The Jewish Press for solace during the Six-Day War in 1967 and the Yom Kippur War in 1973 – and throughout the 70s and 80s.

The newspaper also increasingly played an important role on the American Jewish scene, serving as a liaison for the Jewish community to local, state and federal officials.

Mrs. Klass herself was a very accomplished writer. In The Jewish Press, she wrote scores of articles and poems.

At home, Mrs. Klass was the caretaker not just for her husband and daughters but also for the many extended relatives who came to live with them at various times: Her father, Rabbi Klass’s parents, siblings and cousins, and friends.

Longtime friends and relatives emphasize several aspects of her life and personality: her vibrancy, her intelligence, her enthusiasm for the newspaper, and her tzedakah.

Her vibrancy was reflected in Mrs. Klass’s zest for life. In addition to her prose and poems, she wrote a few songs, and saw to it that they’d be recorded. Additionally, her simcha dancing, which she practiced and displayed at her vacation spots – the Pioneer Hotel and then the Homowack Hotel – was highly admired.

She would pass down aphorisms to her children and grandchildren, such as, “If at first you don’t succeed, try and try again,” “You don’t have to be good at everything, take something and make it your best,” “Good better best. Never let it rest until your good is better and your better is best.”

Her intelligence was evident to everyone she met. “Irene Klass had a keen intellect,” said Prof. Paul Eidelberg, a Jewish Press columnist. “I recall our driving back together from a meeting in Manhattan. Her familiarity and understanding of one of my books – which is not an easy read – astonished me.”

She displayed intelligence not just in her book knowledge but also in her adaptation of healthful practices. She was a health fanatic, long before it was in vogue, advocating and practicing a healthful diet, and teaching those she met how to properly wash their hands.

She was also fanatical about The Jewish Press. She believed deeply in its content and preached its virtues every place she would go. She’d give friends and acquaintances free subscriptions not just to market the paper but also to expose them to all of its benefits.

“Irene encouraged people of all ages to get involved,” Nachum Segal, a longtime friend and a radio talk show host, said. “Her primary method was through writing, but no matter what the vehicle was, she wanted people to feel they had the ability to make a difference by expressing their opinion . [Many listeners] remembered how she would speak to young women and press them to express themselves.”

Dr. Miriam Adahan, a Jewish Press contributor and book author, called Mrs. Klass “a courageous woman.” “She spoke out fearlessly about issues that others were afraid to address,” she said, “such as domestic violence and political corruption. The fact that she published my articles was what gave me the impetus to keep writing, which led to many books and a thriving career, Baruch Hashem. I will be forever grateful to her for all that she did for me, personally, and for klal Yisrael.”

Her tzedakah was legendary. She’d regularly write out checks of several thousand dollars to cover operations, yeshiva tuitions, and basic expenses for families and individuals, many of whom she hardly knew or didn’t know at all. In one not unusual instance, her daughter Naomi alerted her to someone who needed to fly to Switzerland for an organ transplant. In an instant, Mrs. Klass paid for the airfare of this person she had never before met.

“She always gave, even when she could hardly afford it,” Naomi said. “She used the influence of the paper to help others get whatever they needed. The amount of tzedakah is almost impossible to comprehend. She was a tiny powerhouse.”

Aside from the advocacy for Israel in their paper, Mrs. Klass and Rabbi Klass became strong personal supporters of the land, eventually encouraging several grandchildren to make aliyah, and helping to support them financially when they first arrived.

When they went to Israel for the first time in 1972, Rabbi Klass came for 10 days, but Mrs. Klass was able to stay for three weeks. She took her granddaughters to the Kinnert. She had been singing a song about the lake her whole life, she said. They arrived in the evening, and when she awoke in the morning she went out on the porch. She said it was overwhelming, the song coming alive for her – how in her whole life she never saw such a site and was riveted by it.

And when she was davening in Israel in the morning, she said she would hear the birds chirping; they were joining her in her praise of God. 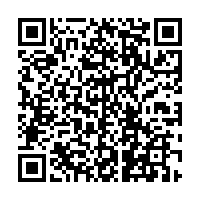