As someone who was intimately involved with the trials and tribulations of this newspaper for over a decade, both as a reporter and editor, I was privy to many of the fascinating stories that revolved around Rabbi Sholom Klass, zt”l, and his rebbetzin, Irene Klass, a”h.


It is safe to say that the breadth and scope of their chesed and tzedakah will be almost impossible to duplicate. Millions of dollars in various forms of charitable donations were quietly channeled to hundreds of individuals, yeshivot and organizations over the years. The Klasses did not do this for the awards, publicity or ego trips. In fact, Rabbi Sholom Klass did not enjoy being in the limelight at all.

During my tenure at The Jewish Press, there were occasions when a yeshiva or organization that had benefited from the Klass’s loyal generosity wouldn’t think twice about saying something bad about them. I know how much some of these unwarranted criticisms hurt the rabbi and rebbetzin on a personal level. On one particularly disturbing occasion, I prodded the rabbi by saying this: “Enough is enough. I want to tell the olam about how much money you and the rebbetzin have poured into these people and organizations. Let me write [about this]. Let me expose the hypocrisy. Without your generosity and the amount of publicity you’ve given them in the paper over the years, they would be nothing.” Though I know he felt betrayed and disgusted, Rabbi Klass looked me straight in the eye and calmly replied, “Steve, please don’t say or write anything.”

There were several occasions when Rebbetzin Klass would call me from her modest home in Manhattan Beach and ask to hold space at, or even past, the deadline for an item about a certain chesed cause that had inspired her imagination. Even if it meant taking dictation over the phone, you could not refuse the rebbetzin. Her determination to help an individual or an organization was paramount, even if it literally meant yelling, “stop the press!” As much as I could be frustrated as an editor trying to meet a deadline, I was equally in awe of the fact that Rebbetzin Klass refused to be shackled by the boundaries of time. On the surface the rebbetzin might have appeared to be frail, but her feisty spirit and uncanny ability to make a splash wherever she went transformed her into a larger-than-life figure.

Rabbi and Rebbetzin Klass provided the Orthodox Jewish community in New York and in many other areas of the U.S. with a coherent English-language voice when it was politically and religiously incorrect for a shomer Shabbat Jew to publicly raise his or her voice. Back in the 1960s, who had ever heard of a mass circulation Jewish newspaper championing the causes of building mikvaot in New York and adhering to kashrut consumer laws? Whoever read a Jewish newspaper that emphasized Torah and hashkafa, featured page after page of news from Eretz Yisrael, and highlighted bylined columns from both Menachem Porush and Yitzhak Rabin?

Rabbi and Rebbetzin Klass provided a pioneering pulpit for the fledgling yeshiva world, Orthodox organizations, and various charities to disseminate information to the community formerly unavailable to them until The Jewish Press came into existence. Without The Jewish Press, many yeshivot and Jewish organizations might have ceased to exist. The Jewish Press was also the first Jewish newspaper to provide a venue for the neophyte kosher food industry, which spurred the growth of kosher consumerism and glatt kosher culinary trends.

And I could go on and on about the endless chesed practiced by Rabbi and Rebbetzin Klass.

We all owe a debt of gratitude to the legacy of Rabbi Sholom and Rebbetzin Irene Klass, who devoted their lives to the proliferation of Orthodox Jewry in America. 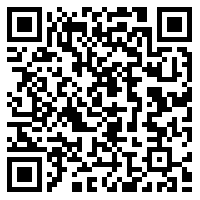