Home Magazine News Europeans Rank Israel As Greatest Threat To Peace
Share on Facebook
Tweet on Twitter
JERUSALEM – Nearly 60 percent of Europeans say that Israel represents the greatest threat to world peace, according to a survey of more than 7,500 residents of European Union countries.
The poll, called the Eurobarometer and conducted by the European Commission, offered respondents a list of 15 countries along with the question, “For each of the following countries, tell me whether or not in your opinion it presents a threat to peace in the world.”

Fifty-nine percent of the Europeans questioned chose Israel as the greatest threat to world peace, ahead of such countries as Iran, North Korea, Syria and Libya.

The U.S. was tagged as the greatest threat to peace by more than half – 53 percent – of the respondents.

Israel did best in Italy, with 48 percent of Italians naming Israel as the greatest threat, and worst in the Netherlands, where 74 percent placed the Jewish state on top of the list.

Israelis reacted angrily to the poll, but the Sharon government said it wouldn’t block the European Union’s involvement in the diplomatic process in future Middle East peace negotiations.

“Europeans seem blind to Israeli victims and suffering,” said Chaim Assaraf, spokesman of the Israeli mission to the EU.

“Israel’s desperate struggle for peace and security for its people has been distorted beyond recognition in often one-sided and emotionally charged media coverage,” he said in a statement.

Minister for Jerusalem and Diaspora Affairs Natan Sharansky said the results proved that the EU had engaged in ‘rampant brainwashing.’

Sharansky added: “The European Union, which shows sensitivity on human rights issues, would do well to stop the demonizing of Israel before Europe deteriorates once again to dark sections of its past.”

Shalom said the findings reflected the fact that Israel garners greater press coverage than states such as Iran and North Korea.

“There is no comparing the amount of media exposure Israel gets in Europe to Iran or North Korea. The images broadcast from here have an impact, but we should not get exerted by it,” he told Ha’aretz.

He pointed to a poll published last month that suggested Israel’s image was on the rise in Europe.

“But who cares about such polls?” he asked, insisting that negative findings get more media coverage than positive ones.

The European Union, for its part, tried to downplay the implications of the poll’s findings.

“The result of the survey, based on an ambiguous question, does not reflect the position of the European Union, which has been voiced on numerous occasions,” said Italian Foreign Minister Franco Frattini.

“The EU is all the more annoyed,” added Frattini, “since it is fully aware that the Israeli population is hit hard by terrorism.”

Frattini spoke by phone with Minister Shalom following the release of the poll. According to an Israeli statement, “Shalom said that the poll misrepresented the reality and Frattini agreed with him.”

In the U.S., a State Department spokesman, Adam Ereli, rejected the poll’s findings. “As far as perceptions of the United States being a threat to world peace, if those are the perceptions, I would say they’re very different from the reality.”

The Simon Wiesenthal Center released a statement saying that, “Israel should draw the only conclusion possible – that the European Union and its members should play no role in any future peace process.”

A senior Israeli diplomatic official said the poll was taken during an eight-day period in October during which Israel was destroying arms-smuggling tunnels in Rafah, had just bombed a terrorist training base in Syria, and was reported in the European press as considering taking military action against Iranian nuclear capabilities.

The official said there are forces in the EU and inside the European Commission, which he refused to identify, who are interested in the EU taking a tougher line toward Israel.

It is possible, he said, that the commissioning of the poll now is an attempt to show EU policymakers that the European public will accept a stronger stand towards Israel.

But there are other voices in the EU as well, the source said, who want to continue the EU’s current policy of divorcing bilateral ties with Israel from the multilateral issues, and not linking the two.

Likewise, the official said, Israel will continue a policy articulated by Foreign Minister Shalom when he first took office earlier in the year of trying to improve ties with Europe, in the belief that there is a mutual interest in the improvement of ties.

The official said that over the last few months this policy has yielded positive results, including a continuation of agricultural, research, and development cooperation with the EU; placing Hamas on the EU’s list of terrorist organizations; including Israel in the EU’s wider Europe initiative; and European involvement in getting Iran to agree to stricter regulation of its nuclear program.

However, the official said, if the results of the poll are as reported, they should serve as a ‘red light’ for Europe’s leaders. He said if the average European sees more of a threat from a democratic Israel than from dictatorial states threatening the world with weapons of mass destruction and terrorism, then ‘there is a serious problem about the picture the average European is receiving.’
With reporting from the Jerusalem Post and Jewish Press Israel correspondent Avraham Shmuel Lewin.
Advertisement 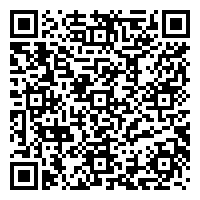