This is one “top ten” list no author wants to find himself on.

The David S. Wyman Institute for Holocaust Studies has just released its annual list of the “ten most absurd statements about the Allies’ response to the Holocaust.” Those who made the 2009 list range from old time Franklin Roosevelt diehards to legitimate historians who should know better.

The Wyman Institute publishes the list each year in conjunction with International Holocaust Remembrance Day, which is commemorated on January 27, the anniversary of the liberation of Auschwitz.

“Despite mountains of evidence to the contrary, some FDR apologists still claim there was nothing he could have done to rescue Jews from the Holocaust,” said Wyman Institute director Dr. Rafael Medoff.

“Like the last Japanese soldier holding out on a remote island years after World War II ended, these diehards simply refuse to face the facts.”

Medoff said the purpose of the annual Absurdities list is to “expose the most severe misrepresentations of the Allies’ response to the Holocaust, so that the public will have an accurate and balanced account of those crucial historical events.”

At the top of this year’s “Absurdities” list is a statement made by William J. Vanden Heuvel, longtime president of the Franklin and Eleanor Roosevelt Institute, who told a New York Times reporter, “The only meaningful way to save the intended victims of Hitler’s murder machine was to win the war as quickly as possible.”

Medoff said Vanden Heuvel’s statement was “especially absurd because it is the exact same line taken by the Roosevelt administration during the Holocaust, which was exposed as false in 1944.”

Medoff pointed out that in 1944, under pressure from Congress, Jewish activists, and the Treasury Department, President Roosevelt created the War Refugee Board, which during the final months of the war helped rescue an estimated 200,000 European Jews. Part of the Board’s work involved sponsoring and assisting rescue hero Raoul Wallenberg.

“How can anyone still claim, 66 years later, that there was no way to rescue Jews, when the War Refugee Board and Raoul Wallenberg obviously helped rescue so many?” Medoff asked.

Historians and coauthors Richard Breitman, Severin Hochberg, and Barbara Stewart McDonald made the “Absurdities” list for two statements in their recent book Refugees and Rescue: The Diary and Papers of James G. McDonald 1935-1945.

In one, they claimed to have uncovered a “previously overlooked” episode in 1938 in which President Roosevelt “promised, under the right circumstances, to ask Congress to appropriate $150 million to help resettle [Jewish] refugees in various parts of the world.”

The Wyman Institute noted, however, that the episode was previously recounted in such books as Prof. Wyman’s Paper Walls, in 1968, and Prof. Henry Feingold’s The Politics of Rescue, in 1970. Moreover, Dr. Medoff said, since FDR never kept his promise to ask Congress for those funds, it was misleading for the authors to claim Roosevelt’s promise proved he secretly tried to save the Jews.

The other statement by Breitman, Hochberg, and McDonald concerned the 1939 Wagner-Rogers bill, which would have admitted 20,000 refugee children from Germany outside the U.S. quota system. They said Roosevelt refused to endorse the legislation because he “saw that bill as a gesture – not a solution. He was a man of grand vision who wanted to resettle a much larger number of refugees from Germany.”

According to the Wyman Institute, however, “there are no known documents in which FDR states that he disliked Wagner-Rogers because it would have saved too few Jewish refugees.”

Also making the Absurdities list was World War II historian Gerhard Weinberg. In a radio interview in Tennessee, Weinberg said America’s immigration laws in the 1930s “prohibited more than 100,000 people coming into this country a year.” Weinberg then defended FDR’s anti-immigration position on the grounds that “the fact that a president doesn’t like a particular law doesn’t somehow mean that there is automatically a change in the law.”

The actual maximum number that could have been admitted in any one year was 154,000, not 100,000. As for FDR’s position, “The fact that President Roosevelt could not unilaterally alter the immigration law does not change the fact that the Roosevelt administration could have saved many German Jews without changing the law, simply by permitting the existing quotas to be filled each year,” Medoff noted.

“A total of 184,525 immigrants could have been admitted to the U.S. from Germany between 1933 and 1939, but the actual number of German Jews admitted during those years was only about 70,000 – because the administration looked for every excuse to deny entry to refugees.”

Renowned artist Gerry Gersten drew this portrait of President Roosevelt averting his eyes (from the Holocaust) for the cover of Arthur Morse’s classic 1968 book While Six Million Died.

Making the list for the second time in three years was South Carolina attorney Robert Rosen, the author of a pro-Roosevelt book called Saving the Jews. In a speech in Michigan last year, Rosen claimed that Assistant Secretary of War John McCloy, who helped shape the administration’s policy toward European Jewry, has been criticized by historians because “he’s a very convenient target, because he’s kind of a WASP, mildly anti-Semitic guy, who belong[ed] to some clubs in New York that Jews don’t belong to, and so he’s kind of a good guy to make into a villain.”

According to the Wyman Institute, however, scholars have criticized McCloy not because he belonged to exclusive clubs, but because of his record regarding European Jewry, which includes opposing the use of any U.S. military resources to aid the Jews; ordering an aide to “kill” requests to bomb the railways to Auschwitz; falsely claiming that such a bombing would require the diversion of planes from elsewhere in Europe, when U.S. planes were already in the area, bombing German military targets next to Auschwitz; and pardoning numerous Nazi war criminals when he served as High Commissioner of Germany after World War II.

The Wyman Institute, in response, pointed to a number of instances in which Jews did escape from Europe after 1940: more than 26,000 European Jewish refugees succeeded in fleeing to Palestine between 1941 and 1944; about 8,000 Jews escaped to Sweden, from German-occupied Denmark, in 1943; thousands of Jews fled from German-occupied territory to Soviet territory during 1940-1945; several thousand refugees, mostly Jews, were smuggled out of Vichy France in 1940-1941 by Varian Fry’s rescue network; and thousands of Jewish refugees escaped to Allied-liberated Italy from elsewhere in Europe, about one thousand of whom were brought to the United States in 1944.

The nominees for this year’s Absurdities awards were judged by a panel of scholars who have researched the Allies’ response to the Holocaust: Prof. David S. Wyman, author of The Abandonment of the Jews; Prof. Laurel Leff, author of Buried by The Times; Dr. Racelle Weiman, founding director (emeritus) of Hebrew Union College’s Center for Holocaust and Humanity education; Prof. Bat-Ami Zucker, author of In Search of Refuge; Prof. Judith Baumel-Schwartz, author of Unfulfilled Promise; Dr. Alex Grobman, author of Denying History; and Wyman Institute director Medoff, author of several books including Blowing the Whistle on Genocide.

Money, Social Justice and Deception – News from the Torah [audio] 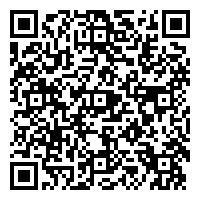