Home Magazine News Jimmy Carter Slams President Bush And Israel In Geneva Speech
Share on Facebook
Tweet on Twitter
Former president Jimmy Carter spoke sharply against the Bush administration and the Israeli government in his speech at the Geneva Accord ceremony on Monday.
Carter castigated President Bush for what he described as widespread anti-American sentiment and blamed Bush for the surge in worldwide terrorism.

“The present administration in Washington,” said Carter, “has been invariably supportive of Israel, and the well-being of the Palestinian people has been ignored or relegated to secondary importance.”

He added: “There is no doubt that the lack of real effort to resolve the Palestinian issue is a primary source of anti-American sentiment throughout the Middle East and a major incentive for terrorist activity.”

Carter, a constant critic of Israeli policies both during his presidency and in the 23 years since he left office, described the security fence being built by Israel and Jewish settlements in Judea, Samaria and the Gaza Strip as the main obstacles to peace and called for the return of Palestinian refugees to the territories – something not even stipulated in the Geneva Accord.

The former president placed the onus for arriving at a peace settlement squarely on Israel, saying, “No matter what leaders Palestinians might choose, no matter how fervent American interests might be, or how great the hatred and bloodshed might become, there is one basic choice for the Israelis: Do you want peace with your neighbors or do you want to retain settlements throughout the occupied territories?”

Although Carter said that Palestinians must forgo violence, he insisted it be as part of an exchange for Israel’s commitment to the Geneva Accord.

The launch of the Geneva Accord conference took place Monday night in a glitzy ceremony emceed by Jewish film actor Richard Dreyfuss.

It wasn’t long before the ceremony became what some observers described as a festival of Israel-bashing, with Palestinian and Israeli speakers criticizing the government of Israel.

Although there was no official signing of any agreement, two of the driving forces behind the accord, former Israeli justice minister Yossi Beilin and former PA information minister Yasir Abed Rabbo, joined hands in a gesture that caused a standing ovation.

The Israeli delegation to Geneva was led by Beilin, Labor MK Amram Mitzna, and ex-ministers Amnon Lipkin-Shahak and Yuli Tamir.

A conference is scheduled next month in Egypt where the accord’s architects plan to meet with various Arab leaders. In the meantime, a door-to-door campaign is planned in Palestinian and Israeli neighborhoods to drive up public support for the plan.

On Tuesday some Israeli officials voiced criticism of Secretary of State Colin Powell’s decision to meet with Beilin and Abed Rabbo in order to receive an update on the details of the plan.

Israeli leaders on both the Left and the Right have declared their staunch opposition to the accord.

“This Geneva farce will not bring peace,” said Justice Minister Yosef Lapid. “It will only push peace further away.”

Sharon’s media adviser Raanan Gissin called the Geneva document ‘a Swiss golden calf’ for the Israeli Left, and said it was tantamount to Israel committing suicide.

The sharpest attack against the Geneva ceremony came from former Labor prime minister Ehud Barak, who said that “after three years of one of the bloodiest suicide-bombing campaigns in the history of terror led by Arafat and Hamas spiritual leader Sheikh Ahmed] Yassin, this accord is rewarding terror. It will not save lives, it will lead to more deaths.”

“The issue of right of return into Israel is not solved; it gives Israel a measure of control over the rate of that return, but it doesn’t solve the problem – it complicates it,” he said. “Contrary to what Jimmy Carter said, there is no recognition of Israel as a Jewish state. Not even this simplest demand is met.”

Following are the main points of the accords:

– The agreement constitutes an end to all claims on both sides. The border it sets is final, unappealable and replaces all UN resolutions and previous agreements.

– The Palestinians recognize the Jewish people’s right to a state, and each side recognizes Israel and Palestine as the other’s national homeland. The Palestinian state will inherit all of the PLO’s rights and responsibilities.

– The Temple Mount will be under Palestinian sovereignty, but an international force will maintain order and ensure freedom of access for all faiths. Jewish prayer on the mount will be forbidden, as will archaeological digs.

– The Western Wall and the Jewish Quarter, including Zion Gate and Dung Gate, will remain under Israeli sovereignty.

– Refugees: The words ‘return’ or ‘right of return’ do not appear in the document. Israel will accept a limited number of Palestinian refugees, with this number at its own discretion (experts estimate around 40,000 refugees over a period of several years). The other refugees may resettle in Palestine or third countries. Israel will pay an agreed sum in compensation to the refugees.

– Borders: Israel will withdraw to the 1967 borders within 30 months, except for agreed territorial exchanges in a 1:1 ratio. The Israel Defense Forces will maintain a presence in the Jordan Valley for an additional three years.

– Territorial exchanges: Israel will annex a strip of the West Bank near Ben-Gurion Airport and major settlement blocs near the Green Line, including the settlements around Jerusalem: Ma’aleh Adumim, Givat Ze’ev, Gush Etzion and Givon. In exchange, Israel will give the Palestinians equivalent territory in the Negev, adjacent to the Gaza Strip. Efrat, Har Homa and Ariel will become Palestinian.
With reporting by Jewish Press Israel correspondent Avraham Shmuel Lewin and the Jerusalem Post.
Advertisement 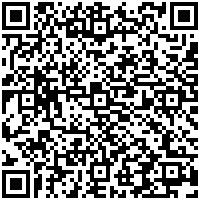