A pair of Israeli attack helicopters killed four Palestinians in Bethlehem on Tuesday as the cease-fire that wasn?t entered its second month. At least two of the targeted Palestinians were planning a terror attack for next week?s closing ceremony of the Maccabiah Games, according to Israeli security sources.

Taha Aruj and Omar Saadeh, identified by Israeli officials as Hamas militants, were killed along with a cousin of Saadeh and a fourth man whose identity was not immediately released.


Early reports gave conflicting numbers of other Palestinians wounded in the attack; one Palestinian source reported 14 injured including two children in serious condition.

Israeli officials said the action was taken to pre-empt a Palestinian attack. ?Regrettably, the Palestinian Authority has no intention of stopping the violence and terrorist activity,? said Raanan Gissin, an aide to Israeli Prime Minister Ariel Sharon.

A statement issued by several Palestinian factions called for ?immediate revenge on all settlers and their soldiers. The Gilo settlement and other settlements will not be far away from our bullets and mortar bombs.?

A few hours later, Palestinian gunners in Bethlehem fired a mortar toward Jerusalem. The mortar shell landed in the southern Jerusalem neighborhood of Gilo in the first such attack on the city.

In the 24 hours prior to Tuesday?s Israeli helicopter attack, two Palestinians ? apparently intending to carry out an attack during the opening of the Maccabiah Games ? accidentally blew themselves up in the vicinity of Jerusalem?s Teddy Stadium, and two IDF soldiers, one of them a woman, were killed and another soldier and at least eight civilians were wounded when a Palestinian suicide bomber blew himself up near the entrance to the Benjamina railway station.

Also on Monday, a car belonging to settler activists Noam and Elisheva Federman of Hebron was blown apart, but no one was injured. Police believe a bomb had been placed in the trunk.

The extremist Shi?ite Islamic Jihad organization claimed responsibility for the Benjamina railway attack, saying it was in retaliation for recent Israeli eliminations of Palestinian terrorists, including those belonging to Islamic Jihad.

At midnight the IDF began shelling Palestinian targets in Jenin and Tulkarm in response to the bombing. Earlier, Defense Minister Binyamin Ben-Eliezer said Israel would hit back for all terror attacks.

?We don?t intend not to retaliate on every incident. We plan to retaliate,? Ben-Eliezer told reporters before the bombing Monday.

He also spoke of the failed attempt by Palestinian terrorists to stage an attack at the opening of the 16th Maccabiah Games in Jerusalem: ?A terrible tragedy was averted. Two terrorists got confused and set off a bomb. You know where they were heading.? But hours later the suicide bomber at the Benjamina railway station succeeded in carrying out a deadly attack, despite reinforced security measures and the presence of police and security personnel at the entrance to the railway station.

Benjamina station is a major railway junction for passengers traveling from Nahariya, Haifa, and the bayside suburbs to Tel Aviv and the South. Passengers change trains there, and it has become a drop-off point for people living in the region, especially the expanded township of nearby Zichron Ya?acov. 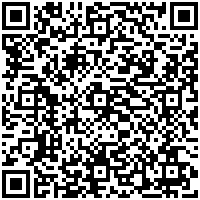