Fourteen-year-old Avi Katz was almost struck by a train January 29 when the edge of the Kings Highway station platform collapsed beneath him.

“I tried a couple of times to get up. I saw the train coming at me and all I could think was, ‘Get up, get up’ – this isn’t how I want to die,” Katz said at a news conference Sunday, flanked by his mother, Rena, and Assemblyman Dov Hikind.

Katz had been heading home from yeshiva, waiting for the Q train, when he fell. As night had already descended and the light nearest him was burnt out, no one could see him. He managed to climb back onto the platform with only seconds to spare.

“Does someone have to die before something happens?” Rena Katz asked. “There is no excuse that this station is in such disrepair. My son could be dead.”

Said Hikind: “New Yorkers know that if the administrative offices of the MTA had rotted floorboards, they would be replaced immediately. One and a half billion riders deserve the same guarantees for their safety and security.”

In the meantime, Katz hasn’t gotten over his fear. “Every time I see a train pass by I think of me on the tracks,” he said. 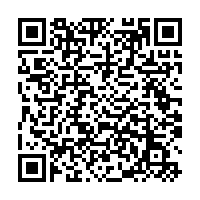