A couple months ago I was at a Rosh Chodesh gathering for women. After finding a seat at the long table and settling in, I glanced around to see who else was there, hoping to greet friends and acquaintances.  Suddenly, a woman a few seats away started to “cough her brains out.”  It was something she would do every few minutes, sometimes coughing into her hand, and sometimes into the air – and, by extension, the food platters in front of her.

“Forget about eating that delicious looking purple cabbage salad,” I thought to myself sadly. I love cabbage salad, but not enough to risk getting sick. I looked at the cougher. She is what I would call a casual acquaintance, but I do know that she is very kind, erliche, and a baalat midot, who walks the walk, not just talks the talk. I am sure she was oblivious as to how dangerous her action was, and I am also sure she would have been mortified if she had realized that someone in the room could get deathly ill because of her failure to keep her germs to herself.


Some of you may be thinking that I’m being a bit of a drama queen. Someone could possibly die from a cough?  Surely anyone well enough to attend a Chanukah party was healthy enough to resist a few germs. Germs are everywhere, and mostly unavoidable, like insects in the summer.

However, there are people sitting next to you in shul, at a simcha, or at a lecture who appear healthy and act “normal,” but who are actually quite ill. They might have compromised immune systems due to cancer treatments or an auto immune disease, and your cough or sneeze that someone else could easily shrug off could lead to a deadly pneumonia or to a severe medical complication.

I knew that there would be many women at this Chanukah party who, like me, were reeling over the news that a friend of ours had been niftar a couple of days earlier from cancer. We were beyond shocked. Most of us did not even know she was ill, and even missed her funeral. Members of her shul were sent a notice, but the singles community is a diverse group ranging from yeshivish to Modern Orthodox, including never married, divorced or widowed, and we daven in various shuls, and found out too late.

One friend was incredulous, having seen our friend in the library weeks earlier.

It is easy to hide the fact that you are ill, either by staying home and avoiding social gatherings, or, conversely, going to as many programs and events and activities as you can – just because you can. There is no original Hebrew word for fun, but the closest to it is the phrase, la’asot chaim, whose literal meaning is to “make life” – to engage in life.  That is what many ill people try to do.

As I have mentioned several times, I have had thyroid cancer twice, which nobody knew about outside of my immediate circle. To hide the surgical slit in my throat, I wore turtlenecks and closed the top button of my blouses. When a nosy cousin of my mother’s wanted to know why my blouse was buttoned so high when it was so hot and humid outside and insisted I unbutton it, I told her I had been stung by a bee and the bite got infected and the area was red and ugly-looking and I didn’t want to worry my mother so I was hiding it.  My Holocaust survivor parents did not know about my cancer until years later, when it was safe to tell them.

Before my experience, I had assumed that if you had cancer, you would look gaunt and sickly, and everyone would know. But that is not necessarily the case and people can hide their illness for months, even years, depending on the “nature of the beast” and treatment. Some people, when they get a diagnosis, rush to be included on tehillim lists, others are optimistic they will be cured so choose not to make themselves objects of pity.

That is why I hid my illness, and probably why my friend did as well. Sharing your “news” might make you a label; you are no longer part of the majority, and no longer blend in with the crowd. You stand out as being “different” – an unwelcome status singles already carry on their shoulders in the couple/children-oriented Orthodox world.

At the Chanukah party, some women started dancing to music played by talented guests who had brought their musical instruments. The “cougher in her hands” gleefully and enthusiastically twirled in a circle, her germy hand firmly clasping the hand of an oblivious and I think reluctant participant whom she had pulled out of her seat to dance.

I prayed that that woman was not what I call a “hidden choleh,” a sick person whose illness is not obvious. (I want to point out that insisting someone dance when he or she doesn’t want to, or exerting any pressure on someone to do something, even if it is fun, is also a transgression of shomer negia, the topic of my previous column.)

There was a refined woman in shul whose actions puzzled me for along time. There is always a kiddush after davening, and I noticed that as the last syllable of Adon Olam was still being sung, she would rush to the kiddush room and heap piles of food on her plate.

Maybe she is diabetic and must eat right away, I thought to myself. But then she would patiently wait till she heard kiddush and then eat. So the rush to get food couldn’t be medical. Or was it?  She never went for seconds, and it finally dawned on me, as I watched small children touch several pieces of kugel with hands that were far from clean, and adults stick their forks and spoons – which had already been inside their mouths – into the egg salad and chulent, that this lady must be a cancer patient with a weakened immune system who had to get to the food before it became too risky and potentially life-threatening for her to eat it.

She looked healthy, but did she, unknown to all, have dried out wisps of hair underneath her lovely sheitel or red splotches all over her stomach from multiple chemo injection hidden by her dress, or bruises up and down her long-sleeved covered arm, caused by constant drawing of blood?

As for the weary look pulling her face down, aren’t all women old enough to be bubbies chronically tired and drained by the end of the week, and eagerly looking forward to their Shabbos nap?

Unless they live in a cabin in the middle of nowhere, people have to be mindful of their basic personal hygiene, because failure to do so can cause serious harm to another’s wellbeing. If you cough, do so in your sleeve, not in your hand. And if you do cough into your hands, wash them right away. Do not double dip in communal platters, nor eat over them. Teach your kids that they have to eat what they touch and, if possible, sanitize their hands. And if you are contagious, stay home.

There are people with abnormal illnesses trying to live normal lives, for as long as they can. Don’t be the one who inadvertently shortens that time prematurely. 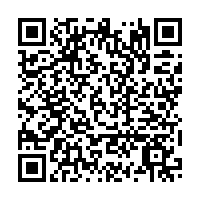