The State Comptroller, Justice (Ret.) Yosef Shapira, on Monday issued the second part of his report on party funding, which says that Habayit Hayehudi Knesset Faction ended the year 2016 with a “budgetary hole” of about $8 million, a situation which its accountant told Channel 2 News “is liable to endanger its continued existence.”

The faction was fined $52,000 for its financial misconduct.


The State Comptroller refers in his report to a loan of $2.3 million Habayit Hayehudi received from public fund in 2015. Under the Parties’ Finance Law, in order for a Knesset faction to be entitled to receive a state loan, it must submit to the Speaker of the Knesset plans to repay its older debts to the banks.

The Habayit Hayehudi faction, which received the loan, did present a plan for repayment of an old debt to the bank, but the comptroller’s audit found that in 2016 the faction stopped paying its debt to the bank and did not inform the Knesset Speaker. The State Comptroller says this violated the spirit of the parties’ finance law. He also suggested the faction finally informed the speaker only after the comptroller’s staff made a comment about it.

At the same time, the comptroller criticized the faction for not paying its debts in the amount of

to those eligible in the amount of $165,000 to its campaign employees and activists starting in the 2006 elections for the 17th Knesset, turning the money into forced contributions. This amount also includes unpaid municipal and state taxes.

The Comptroller wrote that he is not convinced by the faction’s argument that it cannot find those employees and activists from 12 years ago, because no record of attempts to find those individuals were submitted. He declared this unpaid amount illegal contributions, and fined the faction the $52,000 as punishment. The Comptroller noted that he initially wanted to fine the faction $540,000, but decided to lower the amount in recognition of its already mounting financial troubles.

Habayit Hayehudi’s response was that the bulk of the unpaid debts in question were accumulated before 2013, which is when the party was forged in its current form. It stressed that “for several years now, the party has been in the process of stabilizing economically, in light of debts created many years before 2013. The Comptroller’s Office also understands that we have come a long way and we continue to work energetically on all these issues.” 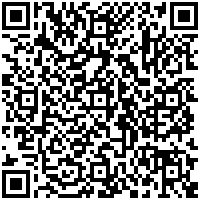