During the month of Elul, with Rosh Hashanah and Yom Kippur looming ahead, our thoughts tend to become more attuned to the realities of life and death. We wonder whether the New Year will bring with it several mazel tovs and the blessings of good health, sound parnassah, shalom bayit and nachat. Or if we will be met with grim news from a doctor, a policeman, a boss, the school principal, or a lawyer.

During the Yomim Noraim, especially with the chanting of Netana Tokef, we will be starkly reminded of the fragility of our lives.  Our earthly continuation will be decided on an individual basis – who will live and who will die – and the manner of the petira. The davening lists so many ways in which a human being is vulnerable in terms of losing his life – illness, drowning, fire, starvation and dehydration, stoning (in our day I was told car crashes are the equivalent) – whether prematurely and violently or peacefully at a very old age.

Frankly, I never understood the reaction to a new year in the secular world. It is one of gratuitous celebration, all-night partying, excessive eating, getting nauseously drunk, and mindlessly cheering and embracing the upcoming year. The celebrants have no clue as to what lies ahead and, yet, they blindly welcome a year that might be a horrific one.

Sometimes, when I read about a young, healthy person dying in an unlikely manner – perhaps an avalanche while skiing, or a boating accident, or by a random bullet shot from a distance – I wonder if he/she would have partied so hard if there would have been a single thought that the year might bring with it irreversible loss, deep regret, soul-destroying guilt, or huge financial reversal. Would they instead have faced the new year in supplication and prayer, begging G-d to be merciful?

As tiring and draining as it is to be in shul for so many hours on Rosh Hashanah, and to fast and daven for seemingly endless hours on Yom Kippur, it is a gift from Hashem to  be able to petition Him in His celestial court.

From our end, however, no matter what Hashem in His wisdom decrees, we have to do our part to “very much watch over our souls.” In a recent column I stressed the need to teach life skills, like swimming. I was very dismayed when I read a recent article on a frum website that, “While bein hazmanim only began on Monday, 11 Menachem Av, there have already been 39 drownings reported in Israel since the beginning of May 2016 R”L.”

Being young, frum, healthy, and having “unfinished business” does not prevent the Malach HaMavet from doing his job.

But while it is a mitzvah to put on seatbelts, drive undistracted, wear life vests, eat healthy, exercise, and refrain from smoking or take drugs, since we do not know when we will go to the Next World, we should “watch over” those we leave behind by minimizing their burden at a time of extreme grief and distraction.

This can, to some extent, be achieved by having a will, letting your loved ones know where you are to be buried, and advising them of your assets and where to locate them.

This practical, but not so welcome thought forcefully came to mind a few weeks ago when I had a nasty fall while ice-skating in Texas. (Yes, Texas – if Israel has skating rinks, why shouldn’t Texas?)

Originally I wasn’t planning on skating – for me it was annoyingly expensive – I grew up surrounded by free public indoor and outdoor skating rinks.

But I thought my grandchildren would get a kick out of seeing the matriarch of the family glide like a youthful swan across the rink. Just because I’m a bubby doesn’t mean my athletic abilities have become rusty. And besides, how many “princesses,” besotted with the “Frozen” characters, get to see their grandmother be a graceful ice-queen (even though physically I resemble Olaf the snowman more than Elsa).

I was doing just fine when my skate got caught in a nick in the ice and I fell forward, very hard on my knee. I guess the blow knocked the wind out of me as I passed out on the bench where I sat, and must have slumped in a way that somehow obstructed my breathing. I was told that I didn’t have a pulse. I was totally unaware of my loss of consciousness and wondered why medics were hovering over me. I’m fine I told them. “I fell on my knee.” Why the fuss?

The medics checked me out and were reassured that, when asked, I knew the name of the president – although I was tempted to say, “Justin Trudeau.” And they also concluded that I was okay when I was steady enough to walk back and forth on my skates, something one young and fit-looking Texas EMS guy said was beyond his ability.

But what had transpired got me thinking. What if I had I hit my head and had a lethal injury or never resumed breathing and it was decreed that I go on to the Next World?

The truth is my kids would not know where to lay me to rest. While many people do have burial plots, or have indicated where they want to be buried, I suspect that there are people like myself who have no post-life real estate. I kind of joke that since I have nowhere to “go” when I “go,” I’m just going to have to live forever. Except that’s not what’s going to happen.

I do have a will, though. Having had thyroid cancer at age 39, it was prudent to create a legal document directing how my assets would be split and who would finish raising my teenage children.

It is crucial to have a will because it pretty much guarantees that your “will” will be honored and put into effect.  Otherwise, it can get messy with feuding relatives or even the government getting a portion of your monies. So many families have been shattered by parents who were in denial about their future demise, and postponed drawing up a will, leaving behind children and grandchildren hurt and furious at each other. 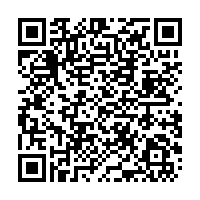