Almost 20 years ago, when my father was niftar just a week away from his 81st birthday, a well-meaning, but totally misguided relative suggested I tell people he had died of a heart attack, and not mention that he had had cancer. Apparently, he was concerned that my father’s grandchildren, when they reached the shidduch parsha would be at a significant disadvantage because there was cancer “in the family.” I couldn’t believe this person actually thought heart disease was somehow more acceptable.

I told myself that anyone who rejects my children because of their grandfather’s illness was not someone I wanted them to date.


Actually, if people will not allow their children to date someone who has a parent, grandparent or other family member with cancer, then they likely will end up as very old singles, you see almost one out of two people will get cancer in their lifetimes. My oncologist told me this statistic a few months ago. As I’ve mentioned in several earlier columns, I was diagnosed with thyroid cancer when I was 39, and then again 10 years later – even though I no longer had a thyroid! (There was a new growth in the area where the thyroid used to be.)

My doctor, who works in one of the top cancer hospitals in the world, pointed out that 44 out of 100 people will get a cancer diagnosis, which is pretty close to one out of two. Shocked, I suggested that maybe the numbers were so high now because there were many elderly people, like my father, who had gotten cancer in their 80s – people who in earlier times would have died in their 60s or 70s from high blood pressure, heart disease, diabetes, etc. My doctor conceded that this could partially account for the high statistics, but not significantly.

The fact is more people are getting cancer – but not necessarily dying from it. Many are cured, or at least are in remission for years.

I have discovered that sharing my cancer journey, has allowed others to open up to me about their bouts with cancer (with breast cancer being the one mentioned most).

That being said, people are still discreet about their health issues. If you survive, nobody will be aware, except your family and inner circle of friends, that you were ill. And if the treatments sadly don’t work, people will find out because the patient’s name is put on a tehillim list or worse, news of the person’s petira and funeral details are publicized.

I understand the reluctance to go public when you get a severe illness; you don’t want to be pitied or seen as vulnerable. Some people might come to the unfortunate conclusion that they are being punished.  I remember decades ago, a friend’s son was in a car accident that resulted in brain damage. Months later, my friend told me that a woman in the community opined that if this tragedy happened, then they must have “deserved” it.  I was hoping my friend had misinterpreted what she heard, and the woman meant that Hashem had singled them out for a great purpose, but my friend wasn’t convinced.

So it’s understandable that people don’t want to advertise what might make them an object of pity or even ridicule. Yet, in some cases, being open about a difficult situation can benefit both the person with the issue, and those facing that same path. The founders of A TIME, the Rosens, a young chassidic couple, found that starting a family did not happen the way it did for most of the young couples they knew.

However, when they sought information from other couples in their community whom they realized had finally had children years after they were married, they were stonewalled as to the how and who. For the most part, these finally-successful parents didn’t want to talk about it – likely because they felt their experience was very private and impinged on their tzinut. Mrs. Rosen vowed that if she was zoche to have children, she and her husband would start an organization that would help educate frum couples like themselves who were totally clueless as to how to navigate the overwhelming ins and outs of the medical, financial and psychological maze of infertility treatment. She and her husband were blessed with children and they made good on their promise – and A TIME was born, an organization with international branches that provides a wealth of medical, financial and social support for couples struggling to fulfill their dream of creating a family.

The Torah admonishes us to not put a stumbling block in front of the blind. When people allow opportunities for networking and support by being open – even if there is a potential for pain and embarrassment – it is a positive mitzvah, for it removes a stumbling block. It’s like turning on a light when someone is lost in the dark, dispelling confusion and hopelessness.

I read in a recent issue of The Jewish Press about the Kleins, a family who publicly divulged that their 20-year-old daughter had overdosed on heroin. She had been one of four young adults from the Orthodox community who had been died in a single weekend, victims of the opioid crisis. The Kleins were sponsors of a MASK (Mothers and Fathers Aligned Saving Kids) symposium that addressed several issues threatening the wellbeing of heimshe children, and by extension, our communities. This heartbroken mother and father bravely opened up about their unspeakable tragedy in an effort to educate others about the dangers of drug abuse, and the fact that it exists within our community.

When you put your head in the sand, you are in danger of suffocating. If you stand up and share your difficult situation with others, you have the potential to save lives, even if your own has been shattered. Your pain and loss is another person’s lifeline.

People also tend to stick their head in the sand when it comes to health issues. They think because they “eat right” and exercise they will be fine. No need for that uncomfortable colonoscopy or mammogram. Unfortunately, doing all the right things doesn’t guarantee good health. I have heard of many athletes dying of heart attacks and non-smokers succumbing to lethal lung cancers.

I know I’ve visited this topic several times, but it’s important to repeat. Get timely tests. Don’t let fear or arrogance stop you from doing what is necessary to protect your life. Getting bad news is better than getting bad news too late. Because bad news discovered early has the potential to be turned into good news. Bad news that is discovered late – is often too late.

You owe it to your loved ones and to yourself to do the appropriate histadlut.

Excruciating guilt and deep regret for postponing what should have been addressed in the proper timeline will not turn the clock back.

And if something looks or feels different, have it checked out. It can make the difference between your continued existence or a premature petira. In the end, the outcome is in Hashem’s hands. But at least you and your loved ones will have the peace of mind of knowing you did what you could.

We can only pray that all cholei Yisrael will have a refuah sheleima. 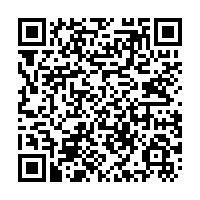