A song in my heart… I have many. The problem is, I have trouble getting them into my throat, through my larynx and vocal chords, and out into the world. I used to be able to sing like a lark and I enjoyed every note. My entire family sang. They enjoyed their notes as well. But I remember a strange remark my mother once made after she turned forty.

Losing your voice? How do you do that? But mothers says many funny things and although I remembered the remark, I didn’t pay much attention to it at the time. Not until several decades later. I was allotted more years of musical pleasure than my mother, but the time came when zemirot on Shabbat started getting raspy and both the higher and lower notes were getting harder to reach.

I must explain that after planning, cooking, cleaning and setting the table, my greatest Oneg Shabbat is zemirot. In my humble opinion, a table without song on Shabbat is not worthy of its name and my greatest fear has always been guests who are tone deaf. I don’t mind if they sit quietly and listen to others sing, but for some strange reason, the greater their tonal dissonance, the more energetically they add their discordant voices to the music. So you understand how dismayed I was to discover that my own voice was slowly but surely refusing to do my bidding.

Eventually, I decided I needed singing lessons. When a Jew is in need and turns to his/her Creator with a heartfelt request, our loving Father always hears. Lo and behold, I discovered that an opera singer-turned-teacher lived a mere block away from our home. Not only did she have a superb voice, she was a superb teacher and a perfect model of a Jewish woman. She left her operatic career and entered the world of kosher women’s music in keeping with the restraints of halacha and she was spreading knowledge, joy and music wherever she went.

I was a good student… in other words, I quickly and inherently understood her instructions and how to implement them. Unfortunately, improving your voice is not an intellectual exercise. You have to get all those facial and neck muscles into shape and get the vocal chords to cooperate. That takes constant, steadied repetition also known as practice. There are things I am good at. Constant, steadied practice is not one of them.

But come Friday night, week after week, as the zemirot at our table begin, I klop al cheit for my musical sins. They all sing while I barely croak along, promising myself with ever increasing fervor that this week I shall practice faithfully, every day so that next week I can sing along with everyone else.

There are people who do not understand my emotional ties to music and melodies. Someone said, “Words make you think. Songs make you feel.” They contain memories, give us strength and hope and joy. They relax or inspire. They are independent of language. A beautiful Hawaiian or Greek song will affect you almost as much as the lullabies your mother sang to you. The Yiddish “Kinderyoren” brings up an image of my elderly bubby who used to sing it whenever she was feeling philosophical or sentimental. The aria from Bizet’s “The Pearl Fishers” immediately takes me back to my father reading his newspaper in the kitchen and humming it to himself. (He had no idea what it was and I have no idea where he eve heard it. He was not an opera goer although he did meet my mother at Halevi, a Jewish choir.) My own grandkids associate the Yiddish lullaby “Lulu Lulinkeh” with their own bubby – me. But they know it in Hebrew, translated especially for them.

Music puts you into a certain frame of mind and affects both your emotions and your behavior. That’s why I am such an ardent objector of wild, rowdy, and yes, one can call it violent music. It does bad things to your soul. Allan Bloom, author of the famous “Closing of the American Mind,” wrote that Rock ‘n Roll and related forms of “music” are the pre-civilized, primeval beat of the jungle. Go explain that to the rock n’ rollers.

So I don’t explain. I just know that shirei kodesh speak to my soul. Much like classical music speaks to my heart, Jewish music speaks to my sense of joy. And I still have tons of room left for Hebrew music, Greek, French and Old English folksongs, and Ladino which sounds like a blend of Greek, Yiddish and Hebrew to my ear. (For those not familiar with Ladino, it is the Spanish “Yiddish”.)

There is a relatively recent phenomenon in Israel called Koolulam. I’m not sure if it’s supposed to be a drawn out play on the Hebrew word kulam (“all of them” as in “let’s all sing”) or a play on the Hebrew words kol shel kulam (“voice” as in “everyone’s voice”). I’m not sure anyone else knows either, but whatever it signifies, it’s the gathering of hundreds of unrelated people, divided into higher and lower voices, given music sheets, who then sing Israeli songs under the direction of a rather wild-haired, young conductor. It’s sort of a huge, informal choir of everyone and anyone coming together to sing. The idea has been copied in schools and institutions throughout the country. The effect of such communal song can be electrifying (although not necessarily in accordance with halacha). You see the power of music at work. Of course you can also see it in shul when the congregations sings together, or in chassidishe farbrengen or in any large gathering of people singing in unison.

From whence comes this power of music? My take is that if God blew the breath of life into Adam and gave him the gift of speech (which Rashi says symbolizes Humanity), at the same time some of that breath comes out as song, which is the language of the soul. As I quoted above, words make you think; songs make you feel. The neshama doesn’t need words. It speaks through melody.

So I shall continue to attempt to remember to practice and hopefully, will get my do-re-mi’s in working order in no time at all. Or at least by next Shabbos! 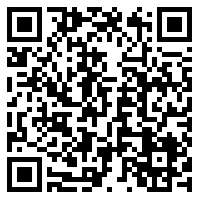