Even though this article is appearing in November, it was written right before Yom Kippur to accommodate Yom Tov deadlines.

As I stare at the keyboard, I know that this Yom Kippur, I will be thinking of my classmate, Meyer Weiss, a’h (as I have done for over 40 years) who was killed during the Yom Kippur War in 1973. Meyer died defending the State of Israel. He was 19 and the son of Rabbi Weiss, a Holocaust survivor and a beloved rebbe in the day school we attended.


A brilliant, sweet-natured young man, mature beyond his years, his was a life of so much promise, a life that would have enhanced and benefited the well-being of both Jew and gentile alike – but that potential was not allowed to come to fruition.

Twenty-nine years later, another young soldier, only 20 years old, Ari Weiss, a”h, the son of another Rabbi Weiss, also had his life and future stolen from him as he defended his beloved people and land. When I saw Avi’s picture, I was struck by his resemblance to Meyer. Both had boyish good looks and their big smiles radiated an inner sweetness and a love of life.

History had tragically repeated itself. Another budding young eagle senselessly cut down before it could soar.

Both Meyer and Ari had been destroyed by an uncompromising, rigid hate created by lashon harah.

When you hear the term “lashon harah,” you automatically think of petty gossip and mindless yakking.

There is, however, another more insidious meaning to lashon harah. It is beyond gossip or tale bearing. It is undiluted, supreme evil speech that morphs into unspeakably evil actions.

One would think that the words assigned to talk that is negative or denigrating would be “lashon rah.” For example, we say shavua tov, have a good week – not shavua hatov.

Why is the Hebrew letter “hey” which means “the” – a word that emphasizes – added to lashon rah?

The way I see it, any words that denigrate, minimize, deride, ridicule and insult are superlatively evil, because they can encourage and lead to horrifically evil doings and deeds that damage, destroy and desecrate with no reversibility or undoing.

Words of lashon harah – ultimate evil speech – do not dissipate; they rather hang like a blinding toxic fog, clouding the judgments of both individuals and nations. Pure evil speech is a weapon of mass destruction that has led to millions upon millions of hapless people being murdered, mutilated, impoverished, starved, displaced, and disenfranchised. In our recent past, tens of millions of Jews and non-Jews alike, of all religions and ethnicity and across all borders, were the tragic victims of lashon harah – from the Holocaust in Europe to the killing fields of the Far East to genocide in Africa and mass abductions and disappearances in South America. When extremely demonizing words are directed against a person, a group or a nation, the inevitable outcome is extreme destruction, chaos, and physical and emotional death.

As Jews, our divinely given mandate is to be a “light unto the nations” and to model good behavior. Before we improve the world, however, we must improve ourselves. On Yom Kippur we “afflict our souls” by depriving our bodies of food and water for 25 hours while we focus on our deeds and misdeeds. We hit our chests contritely, declaring our many sins and offenses, sincerely determined to do teshuva. But “lip service” for a day, or a week or two is not enough. We must be consistent and it must be long term. We must be conscientious of the guidelines Hashem has given us via the Torah in terms of serving Him properly and tikun olam.

A huge step in that direction would be restraining our natural impulses and editing the words that come out of our mouth when we are annoyed or upset with someone. Think before you yell, criticize, mock, denigrate, disparage, belittle, make fun of or deride another human being – be it a spouse, child, student, employee, neighbor or even a stranger.

Because when you make an acerbic, blistering, vitriolic remark to someone, it is not just lashon rah, negative talk, but lashon harah – heinous utterances that lead to a heinous outcome. Caustic words are like acidic drops that erode the recipient’s psyche, slowly eating away at the mental stamina and emotional resilience needed to deal with life. Lashon Harah cripples people and keeps them from realizing their G-d-given potential as their self-belief and confidence withers away. Frequent bullying and belittling can so demolish and undermine an individual’s sense of self that he/she is afraid to take the risks necessary to grow and achieve. Some may become reclusive and invisible; others stay in jobs beneath their abilities, repressing their talents and dreams. Then there are those who are afraid to marry and have children, believing themselves to be incompetent or not worthy – the inevitable consequence of being told over and over again that they are worthless and unlikeable.

Every person, male and female, was created in Hashem’s image. Everyone is worthy of respect. Would you feel comfortable screaming at a prince or teasing a queen?

Lashon harah is not necessarily verbal. Like sign language, it can be communicated through body language and facial expressions. A friend recently shared with me that she had decided to speak to an estranged relative. Both were at a family simcha and “Leah” thought that might be a good time to start over. As she approached the relative, the relative looked her up and down, and a huge sneer distorted her face as her finger pointed down at a run in “Leah’s” pantyhose – the result of someone’s shoe snagging it during the first dance.

My friend walked away red in the face, a combination of shame and fury. That scenario was a stark reminder, she told me, of why the relationship had not existed for so many years and would continue that way. As children, this cousin had often ridiculed her looks, her clothing and her choice of friends. Leah’s husband wisely suggested that she “amputate ” this unhealthy relationship for her own well-being. She had hoped that with time her cousin had evolved. Bullies age, but unless they get therapy to help them achieve self-awareness and insight as to why they are the way they are, their lashon harah likely will continue.

Many spewers of evil speech were likely the recipients of the very same intense negativity. They denigrate those they perceive as being weaker or vulnerable in a twisted attempt to feel better about themselves. Verbal abuse begets hate, which begets more hate.

That is lashon hatov and, I believe, the cure to humanity’s woes.

Did Trump Just Say What I Think He Said?! [Video] 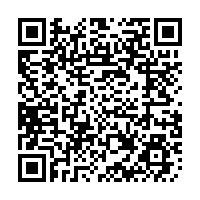