A friend called me the other day, her voice quivering in indignation. “Ruth” rarely gets angry – she is laid back and lets annoyances roll over her, so this disgruntled tone was unusual. Ruth had been sorting through her mail and saw a request from a frum charity in Israel seeking donations to help poor families buy food and other necessary items for Yom Tov.

Asking for someone’s hard-earned money is fine, she told me – Jews who are “comfortable” and can spare a few or more dollars should help fellow Jews who are in dire financial straits. What had “gotten her goat” and raised her ire was a mention that some of these families were formerly from her own city – perhaps the writer thought pointing that out would be an incentive.


Well, for Ruth, it backfired in a big way! She knew of too many people, cousins, close friends and acquaintances who had sent their kids to Israel for Shana Alef thinking that after this gap year between high school and college, the kids would come home and go to the colleges and universities whose acceptance they had deferred for a year.

Some, however, found themselves reluctantly agreeing to Shana Beit at their child’s request so he or she could further immerse him or herself in Torah learning.

These practical and far-sighted parents wanted their children to obtain an undergraduate education, and likely post-graduate as well, so that he or she could have a viable parnassah, crucial for the next generation of frum families who will need to pay for pricy yeshiva/day school tuitions, expensive kosher food, Shabbos and Yom Tov outfits, etc. Living an Orthodox lifestyle is not cheap – in fact it’s almost a luxury – and a healthy income is becoming a necessity.

However, they may have rationalized that although their kids would be postponing their professional education, getting a stronger, longer infusion of Yiddishkeit could fortify them against the negative moral and social influences they would be exposed to on campus and in their classes.

Imagine the shock, and, for some devastation, when a child said he or she wanted to live a kollel life, forever.

In many cases, when the distraught parents tried to enlist the aid of their children’s mechanchim to persuade them back onto the college track, they were chided for wanting to take their kids – all “talmidei chacham with so much potential to be gadolim” – and plunk them into a treif environment. They were told that they should be thrilled and shep nachas from their children’s choice.

Often the kids were deeply influenced by their rebbeim and/or teachers to forgo college. Ruth pointed out that it often didn’t end there, and that some of her friends’ children who did come home and go to university had been influenced by former teachers or rebbeim into dropping out before obtaining their degree.

Many returned to Israel, married North American versions of themselves who opted out of being earners – and are now surviving off their parents continued labor.

While Ruth and her husband are retired and travel, something they looked forward to being able to do, many of their friends are still working – even though they had talked about retiring years earlier, once the kids “were on their financial feet.” Since it is unlikely that they will ever be – these parents will work until they are too ill to do so.

Visiting the grandchildren in Israel and bonding with them is rare, since the money the airfare would cost is being used to pay their kids’ rent. As for Skype or FaceTime in order to connect with their einiklach – also not an option since their kids don’t have Internet at home. Being “connected” is a no-no that could result in the kids being expelled from school.

These disappointed, bereft friends feel that their parental role was usurped by well-meaning strangers who pushed a personal agenda contrary to their own.

As far as Ruth is concerned, those who influenced these kids to “go off the career derech” that would likely have led to a good earning capacity should “pay for the poor from ‘my’ town that their intrusive influence caused.”

I am reminded of a story my son told me of a very disgruntled baal teshuva whose kiruv rav exhorted him to have more kids. After all, it’s a big mitzvah to be fruitful, the man was told.

“But now I have the dilemma of paying for yeshiva tuition, which means that my wife has to work too. Neither of us is physically and emotionally available for our kids to the extent they deserve because we aren’t home and are just too tired when we are. Either it’s public school so my kids will have a one undistracted parent at home, or day school and they will have no one showing up at the siddur party or school play! Why did the rav leave out the part about the huge expense a large Orthodox family entails?”

Young people tend to be too naïve and idealistic to fully fathom the implications of their actions. That is why those they look up to for advice – parents and mentors and educators – have to set aside their personal preferences and agendas and encourage them to embrace choices that are truly in their best interests. Too many have this one-size-fits-all mentality. Not everyone is cut out to be a learner or a scholar in the Torah world, or for that matter in the academic world, or can embrace a life of living hand to mouth.

What’s sad is that there are parents who are afraid to go against what they perceive to be daas Torah – which is really the rosh yeshiva’s personal opinion, or are reluctant to go against the flow of the new “norm” – because their kids won’t get a “good” shidduch.

Based on the alarming number of divorces in the frum velt, I am not sure that this is working out. When idealistic fantasy – “I am going to be an aishet chayil and enable my husband to focus solely, without interruption, on his learning so he can maximize his full potential as a talmid chacham” – collides with harsh, unforgiving reality – “I am so, so tired of taking care of everything, working, cooking, cleaning, bathing the kids, living in a cluttered two-bedroom apartment and losing sleep over the unpaid bills” – shalom bayit is often the vulnerable casualty.

I know of fathers in their 30’s with several children who realized their lifestyle was unsustainable and stopped their full time learning and have tried – a decade too late – to go to university in order to improve their precarious financial reality. But they either can’t afford tuition, or can’t afford to be students. They need an income – and due to their lack of a degree or real life experience – are offered low-paying jobs.

Sadly for Ruth’s friends and their children, there is no reset button. 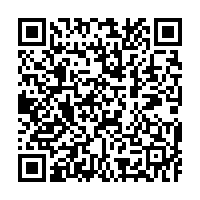