Recently, as I exited my car in a crowded parking lot, I saw an elderly woman approach an elderly man as he was getting out of his car. Wagging her finger in the man’s face, the woman yelled. “Do you know why I’m here? I’mhere to tell you that you are not a very nice man!”

The woman began her lengthy explanation.  It seemed she was in the car behind him, and was unable to pass him as he waited for a parking spot. It took the person who was in the spot a while to maneuver her car out and so his waiting for the parking place had caused a bit of traffic backup. The woman yelling at him was apparently in a hurry and that was why she had decided to give him a piece of her mind. I entered the supermarket, did my shopping and was headed back to my car when I noticed that the argument was still going on. I wondered how time-constrained the woman had really been since she was taking so much time to argue the point.

Perseverating is when a person continues to focus on a specific topic for an excessive amount of time and can’t seem to let the subject go. It can become a problem as we age, making people around us impatient and annoyed. Like many other symptoms of aging, perseveration can also become a problem for the young when they suffer from chronic illness. It is an area that frustrates many well spouses.

Joyce recalled that she and her husband, an ill spouse, had planed to see a movie. But it had been a particularly hectic week and he had been busy that day with preparing their taxes. These tasks were taking him longer to do as his illness progressed, but he was still able to it, and Joyce was not going to take it on in addition to every other chore she had inherited. As the time for the movie approached, her husband kept insisting that he needed a few more minutes. Finally, reluctantly and obviously angry, Joyce’s husband agreed to go. They arrived at the theatre just as the previews were ending and could not find seats together in the handicapped section. As a result, they had to sit apart.

Joyce was livid. If they had left on time, they could have sat together and had a pleasant time instead of one that was overshadowed with negative emotions. When the movie ended, Joyce and her husband began to argue. She tried to make him understand that these outings were important to her and leaving five minutes earlier would have meant the difference between enjoyment and the anger she was feeling now. Her husband began to defend himself, complaining of having too little time to complete all the “tasks” he needed to do. He continued to argue, refusing to let the discussion end for two hours.

Even when Joyce became quiet, her husband continued to argue with her seemingly not able to continue with life until he “won.” Joyce wondered how he could spend two hours discussing an issue that was caused by him not being able to find five minutes in the first place. She did not understand that he was perseverating. She had no idea that this was another symptom of the illness. But even if she had been aware of it, Joyce would have no control over it. As it is with many of the symptoms of chronic illness, it is the ill person who must acknowledge the behavior, see the negative impact it is having on those around him and be willing to do something about it. Many of the chronically ill find this a very difficult thing to do.

As one ill spouse told me, “If I do that, I am acknowledging that the illness has control over me and my life and I am not willing to do that. ”  Unfortunately his unwillingness to accept his reality and develop some coping skills did just what he feared most and gave the illness control, the very thing he thought he was avoiding.

Michelle learned about perseverating when she researched her chronic illness. Determined to avoid these symptoms and the frustration they caused to those around her, she asked her husband to let her know when he felt she was perseverating. Whether discussing something with a group or just between the two of them, Michelle’s husband would calmly touch her arm and quietly tell her she was perseverating whenever she went on and on and on in a discussion. Michelle trusted him enough to accept that it was time for her to just be quiet and let the discussion move on. This apparent small accommodation kept one frustrating symptom of the chronic illness out of their marriage.

But it was Michelle’s willingness to acknowledge that she had these symptoms and needed help dealing with them; her willingness to accept what others saw in her behavior even when she didn’t and trust in their judgment over her own, that helped this couple survive the ravages of the illness. What Michelle was able to do is very difficult for many who are chronically ill. But accepting that one needs help in seeing their symptoms and having the willingness to deal with them, can mean the difference between a healthy marriage and a troubled one, and make a world of difference to the well spouse. 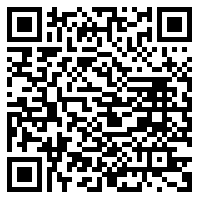