Question: Anti-Israel activism has become all too common on college campuses across the country. Have you experienced any of that?

Personally, I have never experienced any anti-Israel activity on campus. I think, however, that it is important for college campuses to provide an open forum for students and faculty to express their views no matter what they happen to be. Discussion cannot be one-sided.

No. This place is very pro-Israel. I’ve taken political science courses and class discussions were never anti-Zionist when the subject of the Middle East came up. The only issue we do face on campus is that all ethnic groups are segregated; people don’t engage with other groups as much as they should.

No. I’ve heard about this happening at other colleges like Columbia, but I think it’s more a reflection of the professors’ attitudes toward Israel than the students’. There needs to be an open dialogue on campus. People need to know they can express their feelings. Because Brooklyn has a large Jewish presence, anti-Zionist rallies aren’t that common here.

This is not an issue on our campus. I think anti-Zionist rallies and demonstrations are more prevalent outside New York. I have friends in Concordia College in Montreal, which has a large Muslim population, and there has been some anti-Jewish behavior there. A friend from the University of Connecticut once reported seeing some anti-Jewish graffiti. 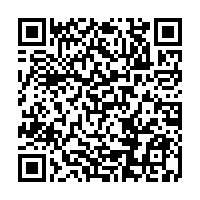