Question: For whom will you be voting in next month’s presidential election?

Election?! You mean in just a few weeks I’ll longer get to be the decider? So that’s why Laura is so busy packing up boxes! I’m not sure whom I will vote for. I liked Rudy Giuliani’s spirit during 9/11 and I admire Mike Huckabee’s conservative nature, but one thing’s for sure: John Kerry is certainly not going to get my vote.
— George Bush, president

As someone who was born an African-American male, I am so proud of Barack Obama, and I do think we are ready to see a black man as president. But I can also relate to Sarah Palin as a white woman, and I feel it’s about time we had a female vice president. Color me confused.
— Michael Jackson, entertainer

I still think I would make a great president and perhaps when I challenge President Obama for the Democratic nomination in 2012, the American public will get it right and vote for me. Don’t tell anyone, but I never fully cleaned out my office from when Bill and I were in the White House. I knew I’d eventually be back.
— Hillary Clinton, U.S. senator (D-NY)

Frankly, I don’t see why George Bush can’t run for another term. Who says there has to be a limit? If the man feels like he can put in another 4 years, he should go for it. Heck, why even have elections? I’m looking into that question as well.
— Michael Bloomberg, mayor of New York

This week’s column is intended for satiric purposes only.

Israeli Emergency-Service Workers in Meron on Lag B’Omer: ‘It was Apocalyptic’ 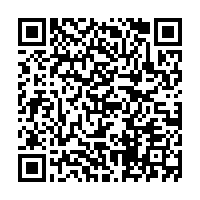