As the members of the I.D.F. lined up for the daily flag raising ceremony held on the Tel Hashomer Army Base outside of Tel Aviv, Gloria Schreiber approached the flagpole with a mixture of pride and awe. Standing at attention, dressed in fatigues, she grasped the rope, pulled gently and watched the white and blue flag slowly ascend.

She has watched the sun rise over the Gobi desert in Mongolia and has seen it set in the jungles of Nairobi, Kenya. She has climbed the Great Wall of China and journeyed from Antarctica to Australia, Hawaii to Nepal. But none of the extraordinary sights and sounds she has experienced during her 80-plus years can compete with the thrill of raising the flag of Israel as a volunteer for Sar-El.


Sar-El is the Hebrew acronym for Sheirut Le’Yisrael, meaning “Service to Israel.”

Dr. Aharon Davidi, the former head of the IDF Paratroopers and Infantry Corps is the visionary who founded Sar-El almost 30 years ago during the outbreak of the 1982 Galilee War. He had been directing the Golan Heights community and cultural activities when the majority of able-bodied men were called up for army reserve duty.

Fearing that the settlements would lose their entire agricultural crop due to the severe manpower shortage Dr. Davidi sent a recruitment team to the United States. The 650 volunteers who answered the call to work in the fields were the forerunners of Sar-El, a non-profit, non-political organization which has attracted over 100,000 volunteers from over 30 countries world-wide, volunteers like Gloria Schreiber.

Her first tour of duty took place in 1986 when she accompanied her husband, Lee, a WW II veteran, to a base outside of Beersheva. Although she shared his love of Israel and travel, Gloria confesses she was “scared to death.” But the experience was so life affirming she has returned five more times, the most recent in 2009 when she provided logistical support for the IDF, packing medical supplies for soldiers.

For three memorable weeks she lived on the base, ate in the mess hall and got to know and appreciate Israel and its people on a deeply personal level. “Jews and non-Jews join Sar-El eager to offer help and show their support for Israel,” Gloria points out. “After my husband passed away I returned several times on my own and made friends with other volunteers who have become close friends for life.”

It was during a recent trip that she experienced what she describes as the ultimate example of Jewish geography. Gloria was working alongside a volunteer from Florida who casually asked where she was from. “I live on Long Island but my family is from Mahanoy, a small town in Pennsylvania that nobody ever heard of.”

In one of those mystical twists of fate that seem Heavenly ordained, her fellow volunteer responded that not only had he heard of the town but he knew exactly where it was located because his mother grew up there. Further discussions revealed that his mother and Gloria’s mother, who passed away last year at age 105, “were best friends a hundred years ago,” Gloria marvels.

She viewed this as more than just a peculiar coincidence when you consider that there were only 35 Jewish families, out of a population of about 14,000, in this sleepy little mining town located in the heart of south central Pennsylvania’s coal country.

How big is Mahanoy? “When the front of the greyhound bus got out of town, the back of the bus got in,” Gloria jokes.

Her maternal grandparents, Esther and William Fried, originally from Grudna, Poland, settled in Mahanoy in 1905 where their relatives had already established a business. They joined the other Jewish shopkeepers along Main Street and opened Sydell’s dress shop catering to women and children.

“My grandparents were in business for 50 years and grandmother continued to run the store even after my grandfather passed away.” Gloria admired and adored her remarkable grandmother whose many skills included the ability to daven.

“They kept kosher and Shabbos and even went to the mikvah which was over a hundred miles away. As you can imagine it wasn’t easy to keep all those mitzvos a hundred years ago.” Gloria is convinced that because they were steadfast in their observance they merited having great-great-grandchildren who are Torah observant.

How did her parents meet? Gloria delights in sharing the scenario of their fateful encounter. Ahron Weinberg, an enterprising watch salesman from New York, was en route to a more profitable cosmopolitan city when he decided to get off the train when it pulled into Mahanoy to see if he could drum up “some parnassa.” His first stop, Rubin’s Jewelry store. Ahron sold Rubin some watches and Rubin sold him a ticket to the annual B’nai Brith Dance that attracted young singles from surrounding townships. Since the next train out of Mahanoy wasn’t scheduled to arrive until the next day, Ahron decided to spend the evening at the dance where he ultimately met his bashert, Gloria’s mother, Gittel. 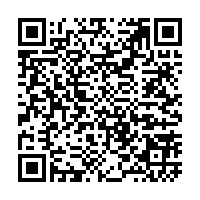