Israel’s eight president, Moshe Katsav, will begin a seven-year jail sentence for rape and other offenses on Wednesday.  Katsav will be place in the religious wing of the Ma’asiyahu prison in Ramle, and share a cell with ex-government minister Shlomo Benizri of Shas.

Katsav was convicted in the Tel Aviv District Court on December 30, 2010 of two counts of rape, two counts of sexual harassment, an indecent act using force, and obstruction of justice.  The complainant, an employee of the Tourism Ministry whose identity was concealed throughout the trial in accordance with Israeli law, was an employee of the former president when he was Minister of Tourism.


Addressing reporters outside his home in Kiryat Malachi before making the journey to jail Wednesday morning, Katsav told reporters that documents filed as part of an appeal – which was denied – would one day prove his innocence. Katsav told reporters he is being jailed for a crime he did not commit.  “All those who know me know that the accusations are false,” he said, though he has not denied that he had physical contact with the plaintiff.

Katsav’s trial and conviction were a matter of controversy throughout Israel.  While some saw them as a travesty of justice, others believe Katsav’s conviction by 2 female judges and one Arab as proof that no one in Israel is above the law, and that all citizens are equal.

At Ma’asiyahu, Katsav will be issued his own warden, who will observe the former president, monitor his acclimatization, and keep a suicide watch, though he is not considered a suicide risk.

Katsav, who turned 65 on Monday, will join the 72 prisoners of the religious wing, attending Torah lectures for most of the day.  He will be allowed to wear his own clothing, but will wear Prisons Service uniforms for court appearances, in the event of future appeals.

He will undergo various screening and admittance procedures, and will then begin life as a prisoner.  First roll call of the day will be conducted at 4:45am, after which he will be given time for morning prayers and then either go to work in a prison factory or attend religious classes. 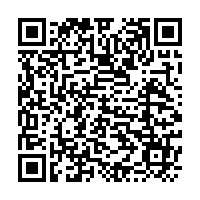