I just finished trying on all my pre-nine day clothes. You know the drill: Wash your clothing but leave enough time to parade around in what will be worn for the next nine days. This way, it will not be freshly laundered. What amazes me is that each year I am sure it will be a very easy activity, since I have nothing to wear! Yet, somehow I find it very time-consuming.

There are other challenges an out-of-town Jewish woman faces, besides the usual length of her skirt and which top to wear. At the beginning of our marriage, my husband and I were in a Yeshiva kehilla (community). This meant that the interaction between men and women was much more segregated and constrained. It was what I had became accustomed to, that is until our first move out-of-town.


My husband and I arrived in our new city and were guests of honor at a welcome barbeque held in someone‘s backyard. My husband was eagerly greeted by a mom who was wearing shorts and a sleeveless top. After living in a Yeshiva atmosphere for a while, I cringed. How could she come over dressed like that and initiate a conversation with my husband? Before I had a chance to recover, a dad, also clad in leisurely summer attire, lumbered over to greet me. I left the barbeque deep in thought. It seemed we were now in place with informal boundaries. Could I ever be comfortable here and how was this atmosphere going to affect my own children?

Time helped me acclimate to our new environment. There were some hairy moments, like the time one well-meaning and appreciative father thanked me for teaching his daughter. He grasped my hand and, before I had a chance to withdraw it, kissed it! Another mortifying moment was when a father spotted me at dismissal and rushed over for a bear hug! It’s hard to be gracious when one feels embarrassed and uncomfortable.

How my children dress has also evolved. I had originally expected my children to want to dress like those in the yeshivish community we had lived in, never imagining them wanting to look any other way. After all, I reasoned, I had come to live out-of-town to impact others, not to be influenced by that environment. But a funny thing happened. We all evolved – my children, and my expectations of them.

On a visit to another city, our sons begged to wear black suede yarmulkas like their friends instead of their black velvet ones. My husband allowed them to buy the suede yarmulkas in the bookstore and I wept. I believed that all my hopes and dreams for them were dashed. My husband laughed. “What does it matter, as long as they cover their heads?”

When my first white-shirted son came of age we were thrilled that he was accepted to a prestigious yeshiva. Black hats and white shirts dotted the campus. I was beaming. This is perfect, I thought. We will send all our sons to this wonderful yeshiva and they will love being yeshivish.

I was unprepared for the bump on the road to this utopian dream. Our son noticed some un-yeshivish behavior at this school and told me about it. I was concerned, and also a little naïve. I called the administration, expecting the matter to be resolved quietly. Instead, our son was taken from the dorm that very night in full view of the other boys and asked what he had seen. When my son returned from the interrogation, the boys believed him to be an informer and ostracized him. They vandalized his belongings and threatened him. One Erev Shabbos, my son called to wish us a quick good Shabbos. “I’m not sure if I will survive over Shabbos,“ he whispered and hung up the phone. What an anxious Shabbos that was! My fourteen-year-old could not understand why the boys were acting menacingly to him and was very unhappy.

A few months later, we transferred our son to a different yeshiva. The new yeshiva had wonderful rabbeim, and students from a variety of backgrounds. It was a warm and safe environment; but it was not exclusively filled with white shirts, dark pants, and black hats. 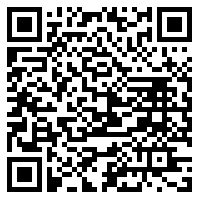