While things might have seemed very strange in this foreign college environment, especially because I was tossed in without any roadmap to help me navigate and understand the kinds of things I was seeing all around me, there was one area I was not worried about: academics. Northeastern Illinois has a rather derogatory nickname, “Northeasy,” and it does not have a very good academic reputation. I didn’t think my classes would be very hard at all.

I was coming from the yeshiva world. Even though I didn’t learn much, I knew that I was good at it. I was also of the belief that every academic endeavor paled in comparison to the rigors of Gemara. There was no question in my mind – the academic side of college would not be a challenge at all.


Things started out well. I was only taking two classes, and doing the reading as required. My first test was in U.S. History, about four weeks into the semester. I always suffered from severe test anxiety, even when I was in yeshiva. Although I was always very nervous about taking tests, the unbearable anxiety was in receiving the grades. I have always felt that component is beyond my control, especially on subjective tests, and I never liked it.

My professor handed back my exam, and fortunately for me, the grade was on the inside of the first page of the blue book. I decided not to look at it right away and put it in my backpack until I could gather the courage.

A couple of weeks passed. I couldn’t bring myself to look. In the interim, I took another test, this time in World History. I got the blue book back, and much to my chagrin, there was a big, red 66 staring at me on the front cover. For a fleeting moment, I was convinced that I was looking at the test upside down and that I had really scored a 99. No such luck. My grade was a 66, a D-.

I’ll never forget my bus ride home. I thought this test was it. I failed and I was done, and for good measure, I never should have tried this experiment in college education in the first place. I knew it was time to drop out. On a whim, I decided to take a look at that other exam. What difference could it make now?

Fortunately for me, that score was a B, not great, but not terrible. That turned out to be my saving lifeline. I had a reason to believe that I could still succeed. That night, I decided I would talk to my professors and find out if my college career was worth salvaging. I reviewed my tests so I could discuss the feedback the professors had given.

There was nothing memorable about the conversation I had with the World History professor. A lot of talk about expressing ideas and complete answers, but nothing that could answer the question I really needed answered: could I make it in college?

Even though I had done relatively well on the U.S. History test, my conversation with that professor was much more memorable. After discussing how I could improve my score, I asked him about that poor score in my other class. He told me there were no excuses in college: You have to produce without complaint or blaming anyone but yourself. On the way out, I asked him about one particular piece of feedback on my exam. He had written that one of my answers was too “nebulous.” I asked what nebulous meant. He shot back, “Mr. Shapiro, if you had such questions I would have expected you to look the word up before you came in to meet with me!”

In essence, that could have been the kind of conversation that encouraged me to drop out. No excuses means it was my fault I didn’t do well. I had all these excuses for my failure, ready to express in my head, but my professor clearly dismissed them all. Fortunately, that professor stoked my competitive side (football was good for something) and I decided to complete the semester and see what I could do. It couldn’t hurt because if I failed, I would be no worse off than having dropped out.

As it turned out, the World History professor was a visiting professor from Northwestern University, a top-tier school a few miles from NEIU. She had often remarked in class that we were not Northwestern material, and the test scores reflected that. Most of the class had done very poorly. I also realized that she wasn’t likely to fail the entire class. 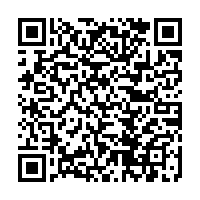