When I first saw Hilda Pistiner I believed she was a German tourist. Later, when I met her personally and found out she was an Israeli born in Bukovina, I labored under a second mistaken assumption: I believed she had been a pioneer in pre-State Israel, her fresh youthful blond looks untouched by the Holocaust. How wrong have I been!

Not only is she a Holocaust survivor, but a bona fide Holocaust heroine.


Hilda Schauman was born on January 12, 1933 in Moldova Solice, Romania. In describing her childhood, Hilda admits to having been a pampered (“spoiled”) child of wealthy parents. She had the prettiest dresses, expensive toys, pets, and fun vacations in the countryside. Her indulgent parents provided everything she wanted.

At the beginning of the hostilities in Romania, and the persecution of Jews by Romanian authorities in 1938, the beautiful pampered girl was only seven-years-old. Her father was abruptly taken away, their business destroyed, their home ripped apart, and they themselves, mother Yetty and little Hilda, deported to a ghetto in the nearby city.

Under the impact of starvation, at the mercy of the bitter winter elements, and the attendant disease epidemic, Mother Yetty became ill, and eventually lost her ability to care for herself and her daughter, resigning her autonomy.

Amazingly, little Hilda stepped into the gap, overnight turning into a young woman with the determination to help both of them survive. Ignoring her fears, she left the ghetto in search of food and other essentials. Her cunning and physical stamina grew throughout the years, and eventually she started helping others with food and lodging.

The excruciating torment in a series of hellholes, from Bukovina to the Ukraine, during the years of 1941 to 1944, matured eight-year-old Hilda into an eleven-year-old heroine. Her valiant struggle helped her mother and a number of other Jewish victims of persecution to survive.

After WWII ended and Holocaust survivors were striving for a milieu of normalcy, Hilda joined a Zionist youth group, and trained for life in Israel. In 1948, months before the establishment of the State of Israel, Hilda followed the urgings of her Zionist heart, boarded an overloaded illegal ship called “The Pan York,” and sailed for Eretz Yisrael, leaving her beloved mother behind.

Yetty and Hilda had earlier discovered that in 1942, on his thirty sixth birthday, her father, Shmuel with his parents and seventeen-year-old sister Suzy had been by Romanian Nazis on the bank of the River Bug.

The distraught young widow married a man similarly bereft. His young son, Jackie Pistiner, preceded Hilda in his aliyah to the Land of Israel. A year later the two, Hilda Schauman and the nine years her senior, Jackie/now Yaakov/ Pistiner, were married. By then Yaakov had taken part in the War of Independence and held a job working for the Israel Electric Co. Hilda had completed a nursing course and was working in the medical field.

When, some time later their parents arrived in Israel, the young couple managed to help them obtain proper housing while they themselves lived in wooden barracks. In 1952, Hilda and Yaakov became parents to first-born son, Aryeh, followed by the birth in 1952 of their second son, Alon, and nine years later, to their third, Yoav. In the meantime Hilda had added social work to her nursing skills and undertook extensive field work among problematic youth. She also devoted her time and energy to volunteering among these groups, primarily immigrants from the former Soviet Union, and later Ethiopia, earning honorary distinctions from various governmental authorities.

(About her latest social achievements to benefit fellow Jews – will talk about those in a future column). 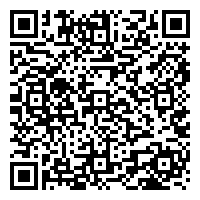