Zevi Kaufman is not your typical singer/songwriter. While most singers find themselves in and out of the recording studio in the final weeks before the release of their album, Kaufman finds himself in and out of the Beis Medrash at Yerushalayim’s Yeshivas Aderes Hatorah, where the 20-year-old Flatbush native is currently learning.

Kaufman’s style is also anything but typical. His debut album, “Music Language of My Soul,” is one of those rare efforts that manages to push the envelope just enough, without ever crossing the boundaries of good taste. His unique compositions have a universal appeal and are edgy enough to appeal to those who don’t necessarily embrace mainstream Jewish music without ever sacrificing even an ounce of Yiddishe ta’am, resulting in songs that have a universal appeal. Half the songs on this album are in English with lyrics that are hopeful and inspiring, each one bearing a message of its own. Every song on the album is accompanied by a d’var Torah, each one dedicated to someone who clearly had a tremendous impact on Kaufman’s life.

While Kaufman, a Miami Boys Choir alumnus who also sang with Avrumi Flamm, has been singing all his life, he began composing songs about the time of his bar mitzvah. Over the past seven years his songs have offered both solace and encouragement to so many people that Kaufman decided it was time to put out an album and share his positive messages with the world. Kaufman credits his rosh yeshiva and rebbeim from Yeshiva of Far Rockaway where he learned for five years for inspiring him with ideas of chizuk and mussar from the Navardik school of thought.

“Each melody has a neshama,” said Kaufman in an overseas phone call between sedarim at his yeshiva. “Each song on this album is packaged differently, to appeal to all different types of people. I wrote these songs as expressions of chinuch and mussar, to be mechazek myself, but my real goal is to be mechazek as many people as possible.”

While there are some big names involved in this project, including Yisroel Lamm, Ruli Ezrachi, Aryeh Kunstler, Ian Freitor and Tony Coluccio, numerous members of Kaufman’s very talented family were heavily involved in this album as well. Cousin Shloime Kaufman plays a major part in this project, serving not only as producer but also doing choir work, vocals, arranging and mixing. Both Kaufman’s younger brother Yechiel and his father Meir contribute vocals to the album, with the senior Kaufman composing the only two songs on the album that aren’t composed by Zevi. Both of Kaufman’s parents are featured as executive producers on the album as well.

Shloime Kaufman confesses to being inspired by his younger cousin.

“You don’t end up having the talent of melody and lyrics for nothing. Your job in life is to use your talents and Zevi wants to help people by strengthening their emunah and bitachon. This album is all about kiruv, bringing every person closer to Hashem, with songs that people can relate to, produced in a way that will appeal to people all across the spectrum. This is an album with meaning and if it lights a spark and inspires even a single person, it will have been a success.”

Meir Kaufman, a Brooklyn dentist, is himself a soloist in his own right, having sung not only with both Pirchei and Sdei Chemed choirs but at the wedding of R’ Eli Teitelbaum, z”l, as well. He is clearly very proud of his talented progeny. “Zevi not only composed almost all of these songs, he wrote the words to many of them as well. Lyrics have the power to touch people’s souls. They even have the power to save people when they are going through a difficult time. Each one of these songs is about understanding life and focusing on what is important in life. Have an appreciation for time. Spend it wisely. Cherish what you have and thank G-d for everything that you have.”

The album which is distributed by Aderet Music, is available in both CD and download format on mostlymusic.com.

Sandy Eller is a freelance writer who has written for various Jewish newspapers, magazines and websites in addition to having written song lyrics and scripts for several full scale productions. She can be contacted at sandyeller1@gmail.com.

How Israel Rescued the Promised Land 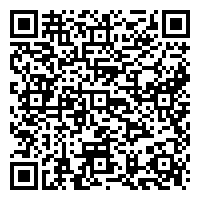