You were kind enough to print my previous letters to you in which I had detailed some of the unbelievable horror, the beatings and torture, the pain, fear and intimidation in which young women, our daughters, live.

I wrote to you about our anger and frustration in the face of cold-blooded and corrupt community leaders who support the husbands and family members who shut their eyes to the pain of their own flesh-and-blood. And I wrote to you about the wonderful shelter – Bat-Melech – which is the only shelter serving the women in the chareidi community. Rachel! There is no let-up.

The following is an approximate synopsis and translation from a Hebrew article by Noam Barkan (which appeared in Yediot Achronot) after a heart-rending visit with the young victim described here. I hope you will print this too because the horror must be unveiled and our community must shout: “Ad Mosay?”

In retrospect, Elanor* should have seen what was coming; her days of engagement should have been ones of joy and anticipation. Instead, they were filled with verbal abuse, cursing and degrading in public. Her chosson, Chaim, would follow her to school or pop in unannounced in order to verify her whereabouts. She had to check with him before she went to visit friends, and he curtailed her actions and freedom of movement. And though he hit her too, Elanor’s naiveté excused it all as “pre-marriage jitters and nervousness.” She was sure that once married his attitude would change for the better.

How wrong she was! Today she is only twenty-years-old; a young woman married to an abusive 25-year-old spineless snake who beat her because she is “not behaving properly.” He beat her in order to teach her, and he choked her because of something she might have said.

No longer able to excuse all this as pre-marital jitters, Elanor attributed this horror to the fact that she did not conceive in the first year of her marriage. “I’m sure he’ll change once I get pregnant. After all, if he knows that he’ll be a father, he’ll mature and his behavior towards me will change.”

And when Elanor did get pregnant, his behavior did change – the beatings increased because, he stated with glee, now Elanor was tied to him forever due to the baby she was carrying and she’d never be able to leave him.

He would punch her in the stomach and choke her into semi-consciousness, jeopardizing both Elanor and the unborn child. In her misery, the young would-be-mother wondered why he is punching the baby After all, it was she who was not behaving properly; what wrong did the baby do?

Elanor ran away to her parents, hoping to elicit their help. They were reluctant to let her in because her husband had claimed that she cheated on him. In anger, they insisted that she should return to her abusive husband and try to be a “better wife” and work on “sholom bayis.”

When Elanor finally had enough and had her husband arrested, it was her father who bailed him out.

And once her husband had elicited Elanor’s parents’ tacit and active support, he felt free and unencumbered to continue the abuse. She could not call her friends without his explicit permission, and he listened to all her conversations. There is so much more, the details of which are sickening.

Afraid of losing the baby, Elanor decided that she must run away. A friend took her in for two days and referred her to the authorities where, with G-d’s help, a total stranger took pity on the hapless woman and immediately referred her to Bat-Melech.

The warmth and safety accorded to Elanor by Bat-Melech’s personnel and other residents instilled in Elanor a sense of worth and security, enabling her to plan for her future. The embrace with which she was welcomed let a bit of sun into an otherwise bleak darkness.

Last week, in an atmosphere of warmth and joy, with Bat-Melech counselors and her shelter-friends surrounding her – ensuring her husband would not get near her – Elanor cried tears of happiness as the mohel performed the bris on her new-born son. Holding her baby gently in her arms, Elanor finally saw herself emerging from the depth of despair to a better and healthier future.

Rachel, when will this stop? Elanor is one of the lucky ones – just one of the many abused and tortured young women who found heaven in the midst of the hell they lived in. She was one of the fortunate ones who found their way to the only shelter catering to the religious woman.

Her rehabilitation is going smoothly; soon she will be transferred to a transitory safe-house where she will get every possible help that she will need to begin her new life with her new-born son. Her self-esteem is solid, and she has long discarded the fear of her husband.

Unfortunately, many more of our abused daughters are in desperate need for either a safe haven or urgent emotional/financial help. Regrettably, the limited sources available to Bat-Melech forces the shelter to turn away far too many.

In the five years that Bat-Melech is in existence, the shelter has had a continuous residency count of forty-five women and approximately 150 children. Given every possible support, most of these women go on to a new and better life, a life devoid of the fear and terror they previously were immersed in.

Bat-Melech’s director, Noach Korman, a highly esteemed attorney, has been giving his entire life and heart to save each and every one of the girls who turn to Bat-Melech. Unfortunately, the limited space and funds force so many to remain in the gehennom they are in.

In conclusion, Rachel, while the disease festers without a solution in sight, Bat-Melech needs all the help it can muster. Perhaps families fortunate to be enjoying the warmth of togetherness this Chanukah will take pity on the plight of these girls and find it in their hearts to extend a much-needed financial helping hand to expand the facilities and resources so desperately needed. 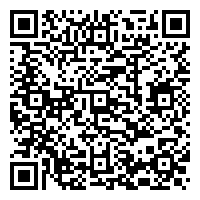