Home Magazine Archives The Positive Side of Autism: An Interview with Dr. Temple Grandin
Share on Facebook
Tweet on Twitter
For many years, autism was considered to be a rare, mysterious and severely disabling condition. But in recent years, due at least in part to a broadening of its medical definition, the incidence of the diagnosis of autism and related disorders has risen to about 1 in every 150 babies born in this country.

Today, classic childhood or infantile autism is grouped with at least four other conditions known as pervasive developmental disorders, (PDD), which are now referred to as autism spectrum disorders (ASD’s). People suffering from ASD’s typically have difficulties with social interactions and communication, a severely restricted range of interests, and a tendency to engage in repetitive patterns of behavior.

Severely autistic children cannot communicate at all verbally. They seem to be absorbed in a world of their own, and are unresponsive to most external stimuli.

Some of those diagnosed with the ASD known as Asperger’s Syndrome actually exhibit superior intelligence, and their autistic tendency to screen out external stimuli enhances their ability to concentrate all of their mental faculties on a particular task or problem. It has even been seriously suggested that some of the greatest giants in the history of science and the arts closely fit the current profile of those with autism spectrum disorders.

Sir Isaac Newton and Albert Einstein both exhibited conduct which is now associated with Asperger’s syndrome. For example, Einstein was a loner as a child, and a late speaker. As an adult, he would become so obsessed with physics problems that he acted as if he was totally oblivious to his surroundings and his own physical appearance. In fact, during his later years at Princeton, Einstein defined the stereotype for the “absent-minded professor.”

Behavior patterns consistent with autism spectrum disorders have also been identified with authors James Joyce, George Orwell and Lewis Carroll, philosophers Spinoza and Kant, composers Beethoven and Mozart, concert pianist Glenn Gould, and the author of the US Declaration of Independence, Thomas Jefferson.

But through most of the 20th century, the potentially positive intellectual side effects of autism went largely unrecognized. Little hope was held out for young children like Temple Grandin who were diagnosed with autism. Born in Boston in 1947, Grandin did not begin to speak until she was three and a half years old. Thanks to the devoted efforts of her mother and teachers, young Temple received the understanding, guidance and attention she needed to compensate for her autistic deficits, and find expression for her native intelligence and creativity. Encouraged to follow her natural affinity for animals, and exploit her heightened autistic sensitivities, Grandin won renown for devising more humane and efficient equipment for handling livestock on farms and in slaughterhouses.

Today, Dr. Grandin is a Professor of Animal Science at Colorado State University. She is a consultant for fast food chains Burger King and McDonald’s, and the livestock equipment that she has designed handles half of the cattle in the United States.

Her unique insights into the feelings and reactions of animals, combined with a self-taught understanding of the basic concepts of shechita, have enabled her to develop a new way to position and restrain animals while being shechted, which has been widely adopted by kosher slaughterhouses in the US and Israel. Grandin innovations have helped to speed up the shechita process and reduce various halachic complications, while at the same time making the experience less painful and traumatic for the animal. She is widely recognized as an expert in the practices and technology of kosher slaughter, and a staunch defender of its humane character.

Grandin is not Jewish, but her work with animals has deepened her faith in G-d and given her an enhanced sensitivity for Jewish traditions and beliefs. When she designed a new type of ramp to lead cattle into the slaughter pen, she named it, “The Stairway to Heaven.”

Grandin attributes much of her success to the positive side of her autism. Her autobiographical book, “Emergence: Labeled Autistic,” published in 1986, helped to explode the myth that all autistic people live in a world of their own, shrink from human contact, and are unintelligent. It tells how she was able to grope her way “from the far side of darkness” to become living proof that “the characteristics of autism can be modified and controlled.” In her 1995 book, “Thinking in Pictures: And Other Reports from My Life with Autism,” Grandin explained that words are just a second language for her, and that she tends to think in “full color movies, complete with sound, which run in my head.”

These books, as well as her numerous speeches and articles on the subject, have turned Grandin into one of the leading advocates for adults and children with autism spectrum disorders.

In a telephone interview with Grandin, I asked her what she would say to parents of young children diagnosed with an autistic spectrum disorder. Her first recommendation was not to give in to despair. “Autism is a wide continuum, ranging from children who will never be able to talk all the way to geniuses like Albert Einstein,” she said.

She also encourages parents of autistic children to begin aggressive remedial education as soon as possible. “Even if your child is just 2 or 3 years old, don’t let them sit in a corner. Doing nothing is the worst thing you can do for an autistic child. Get your child a really good educational program, of about 20-30 hours a week with a good teacher and a lot of 1 to 1 interaction.”

Recalling her own strict upbringing in the 50’s, Grandin said, “autistic children do well in a highly structured environment.” She explained that children with autism do not instinctively, “understand social rules in the abstract. They must be taught all the rules of proper social behavior, one at a time, on a case-by-case basis. For example, they must be taught to say ‘please’ and ‘thank you.’ When playing with others, they must learn how to take turns. When standing in line, they must learn not to push the child ahead of them. They must not eat with their hands, etc. These rules must be taught even to high- functioning autistic children, because they do not have natural instincts to guide their behavior in common social situations.”

Grandin notes that autistic children are also often overly sensitive to sensory stimuli. “Some of them can’t stand noise. Others are distracted by too much starch in their clothes,” she said. She recalled meeting one autistic Jewish boy who was distracted because his yarmulka was too stiff, His behavior improved as soon as he was given a more comfortable yarmulka to wear on his head.

Grandin also urges parents to encourage their autistic children to follow their natural interests. “Don’t focus on their deficits. Rather, enable them to make the most of whatever skills and interests they have, be they mathematics, music or computers. In my own case, as a young girl I loved riding horses and electronics lab, and I was ultimately able to pursue a profession which combined them both,” Grandin said.

She even held out hope for the future of autistic children who remain non-verbal. “For example, if such a child has artistic ability, even without the ability to speak, he could still become a sofer [scribe],” Grandin said.

Grandin believes that many of our leading scientists, mathematicians and computer “geeks,” with their “nerdy” lack of social skills, are actually high functioning people with undiagnosed Asperger’s Syndrome, whose success in their fields is at least partially due to their autism-enhanced ability to concentrate.

Grandin’s life story carries a message of hope for the parents of every autistic child. It serves as an example of the kind of meaningful contributions that such children can achieve in their lives, if given the support, instruction, encouragement and understanding they need to take full advantage of the unique gifts that the Creator has given them. 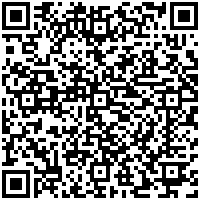