Elul is a time for teshuvah, not to mention tefillah and tzedakah – though it seems that what we do the most is the tefillah. Which is strange, because if you think about it, a baal teshuvah makes an incredible lifestyle change, and a baal tzedakah gives a fortune to help others, whereas to be a baal tefillah, you just have to be caught off guard when the gabbai asks if you’re willing to daven.


“Yeah, I know. We inherit them when the older members pass away.”

Though I suppose you also have to be there on time. You don’t even need a good voice. Though the least you can do is be aware of whether you have a good voice or not and act accordingly.

I have trouble getting up in the morning. What do I do about Selichos?

True, Selichos doesn’t seem like it was designed for us non-morning people. It’s big paragraphs with a lot of words you have zero familiarity with early in the morning that the chazzan somehow manages to fly through at a regular pace, considering the time of year. I’m not even a slow davener. I’m going through it at a moderate pace – maybe a little quicker if I realize it rhymes – and suddenly the chazzan is finished. How did he do that? Did he practice it the night before? Does he say this one on a regular basis? Is being a “baal tefillah” a bigger commitment than I thought?

Maybe I’ve been doing it wrong.

So I skip to the two paragraphs we say several times every morning – Kel Melech and Hashem Hashem – and I rush through those so I can finish them with the chazzan, and then I end up waiting for him for like five minutes. Then we get to the next big unfamiliar paragraph, and he takes off again. I’m about 90% sure he’s skipping words. Or maybe my time perception is thrown off, since I’m not actually supposed to be up yet.

Yes, I know that Selichos are supposed to be a wake-up call to do teshuvah, but does the wake-up call have to be so early in the morning? You don’t even come to Shacharis on time, what are the chances you’re going to make Selichos in the first place? In fact, I always thought that maybe the point of Selichos isn’t the Selichos itself that you’re speeding through with the kavana of “Where’s the chazzan up to? Are we at least in the same paragraph?” It’s the fact that if you aim to get there for Selichos, you’re at the very least going to come on time for Shacharis.

On the other hand, if you think that’s hard, bear in mind that Sefardim say Selichos for the entire month, probably because they need an extra kaparah for eating rice on Pesach.

In some neighborhoods, though, the option of night Selichos is offered the idea being that instead of having to wake up early, you get to go to sleep late, and then you wake up late and have to estimate when Shacharis is going to start because all the schedules say when Selichos starts but not when it ends, and you end up coming around the time you’d probably show up if you were trying to wake up for morning Selichos. Or way overshooting and missing Shemoneh Esrei. This is why shofar is at the end of davening.

Unfortunately, not every shul offers night Selichos. The only night that every shul offers Selichos is that very first Motzoei Shabbos, which is based on an ancient Jewish tradition that forbids getting up early on a Sunday morning. So at least you’re saying that first night’s worth. It’s a start.

Why does it seem that the main issue we’re focused on, on both Rosh Hashanah and Yom Kippur, is our nedarim? It is literally the first thing we daven about. Twice. Of all the things we could have done, this is the one we’re obsessed with? How often do we even make nedarim anyway? I have never once said “konam alai” anything.

Well, it’s not just “promises” per se. If you look at the translation of these tefillos, we’re also talking about oaths, prohibitions, restrictions, swearing, forms of nazirism, cherem, commitments, agreements, acceptances of the heart, consecrations, konam-vows, konas-vows, and shul pledges. You didn’t do ANY of these? Konam-vows or konas-vows? Think back. How can you know you didn’t if you don’t even know what those are? Maybe you’re doing it right now.

And what is a promise, anyway? Do you specifically have to say the words, “I promise”? That can’t be. English is a made-up language. And what about oaths? Do you have to say, “I oath it”?

So in all likelihood, you probably don’t have to say, “I promise.” Maybe it has to do with intention. So how many times have you threatened to do something to your kids and then not followed through?

Great. Another one. It’s never the last time.

We also say a lot of things that we might not consider promises but that might be anyway:

“I’ll call you right back.”

And don’t forget the Yomim Noraim themselves, with all their New Year’s resolutions. Everyone makes those on Rosh Hashanah, but then suddenly it’s Erev Rosh Hashanah of the following year and you’re like, “Um, I don’t think I did a single one of those. The list I’m making right now looks a lot like last year’s.” It was very easy to resolve to always daven with kavanah all year when it was Yom Kippur and you had nowhere to be – but then the rest of the year happened. You davened on a bus in motion, between courses at weddings, on line at an amusement park, sitting down on an airplane, at a McDonald’s on the interstate, and one time at a crowded mall into your cell phone while you were using that same cell phone as a siddur. And don’t forget the half-tired rushing and then slowing down through Selichos.

Early History Of Jews In Chicago

Kerry Slams Israel, Netanyahu Hits Back in Wake of UN Vote Against Settlements 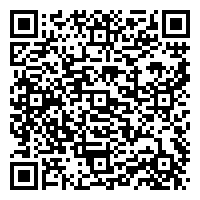