An Arab terrorist was killed early Tuesday morning at the al-Fari’ah refugee camp in the foothills of the Jordan Valley in northeastern Samaria, after trying to stab Israel soldiers, Israel Radio reported.

The terrorist, yelling Allahu Akbar, rushed with a knife in his hand a unit of the IDF Duvdevan special forces who were arresting suspects for questioning at the camp. The soldiers began a suspect apprehension protocol, but as the man continued to advance in their direction with his knife and yelling they shot him dead.


Throughout the raid the IDF force was pelted with explosives and was shot at. No one was hurt.

According to the Palestinian Central Bureau of Statistics (PCBS), the al-Fari’ah camp had a population of 5,750 in 2006, but according to UNRWA the population reaches 7,244. They are all registered as refugees, even though their vast majority were born there well after 1949, when the camp was established. 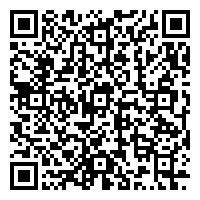